The Battle of Little Bighorn, also known as Custer's Last Stand, was a pivotal event in American history that took place on June 25 and 26, 1876, in what is now Montana. The battle was fought between a coalition of Native American tribes, led by Sitting Bull and Crazy Horse, and the 7th Cavalry Regiment of the United States Army, led by Lieutenant Colonel George Armstrong Custer.

The conflict was part of a larger series of events known as the Great Sioux War of 1876, which was sparked by tensions between the Native American tribes of the Great Plains and the federal government over issues of land and resources. The government had promised the tribes the Great Sioux Reservation as a permanent homeland, but later broke that promise and demanded that the tribes give up the land in exchange for annuities and other concessions. The tribes resisted this demand, leading to the outbreak of violence and the dispatch of military units to the region.

Custer and his men were part of this military response, and they arrived at the Little Bighorn River in Montana with orders to confront and defeat the Native American tribes. Custer, who was known for his aggressive tactics and overconfidence, divided his force into three battalions and launched an attack on the Native American encampment on the morning of June 25.

The Native American coalition, which included Lakota, Northern Cheyenne, and Arapaho warriors, was well-prepared and heavily armed, and they quickly gained the upper hand in the battle. Custer's men were vastly outnumbered and outflanked, and they were soon surrounded and slaughtered. Custer and all of his men were killed in the fighting, and the Native American coalition emerged victorious.

The Battle of Little Bighorn was a significant event in American history for a number of reasons. It was one of the most decisive Native American victories over the United States military, and it marked a turning point in the Great Sioux War. It also had significant political and cultural consequences, as it fueled tensions between the federal government and Native American tribes and helped to solidify the myth of the "wild west" in the American imagination.

Today, the Battle of Little Bighorn is remembered as a tragic and fateful event in American history, and it continues to be a source of fascination and controversy. It serves as a reminder of the complex and often violent history of relations between the United States and Native American tribes, and it serves as a testament to the courage and determination of both sides in the conflict. 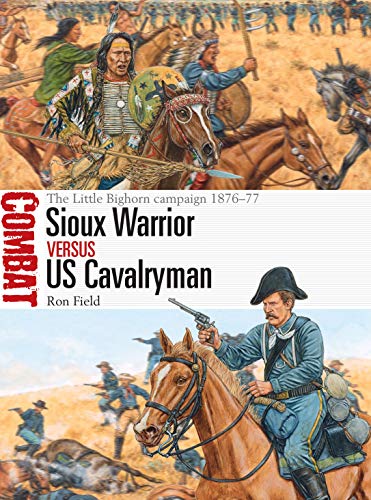 Guns at the Little Bighorn. Who won the Battle of Little Big Horn quizlet? La Représentation du Général G. The combatants were warriors of the Lakota Sioux, Northern Cheyenne, and Arapaho tribes, battling men of the 7 th Regiment of the US Cavalry. We will likely never know for certain what Custer or his adversaries did at the Battle of Little Bighorn, but historian Thomas Powers painted an engaging picture from the Sioux and Cheyenne perspective in Smithsonian magazine. It would prove to be one of the most iconic military disasters suffered by the United States army in its history. Furthermore, the United States refused to honor its obligations and continued to chip away at the size of reservations, especially when gold was discovered in the Black Hills.

What happened in the Battle of the Bighorn? 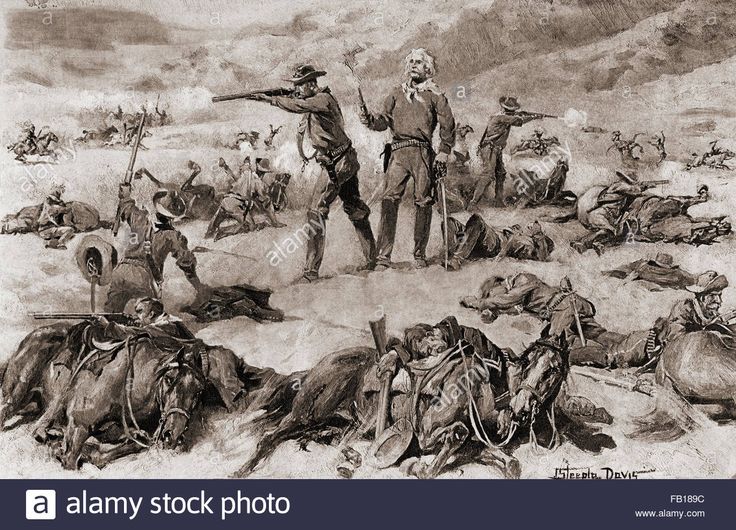 By the time he arrived, his troops and their horses were exhausted. New York: Sheldon and Company. The companies remained pinned down on the bluff, fending off the Indians for three hours until night fell. Some Indian accounts claim that besides wounding one of the leaders of this advance, a soldier carrying a company :117—19 The fact that either of the non-mutilation wounds to Custer's body a bullet wound below the heart and a shot to the left temple would have been instantly fatal casts doubt on his being wounded and remounted. The Making of the Crow Nation in America, 1805—1935.

Battle Of The Little Bighorn Retrieved March 15, 2012. Centennial Campaign: The Sioux War of 1876. War Department depicts the general layout of encampments and terrain. . He continued to work for his people and continued trips to Washington D. Custer found the Indian camp of twenty-five lodges on Little Horn, and immediately attacked it with five companies, charging into the thickest of the camp.

Question: What Happened At The Battle Of Little Bighorn In 1876

Inquiries were then made for Gen. There was just one problem. The other entrenched companies eventually left Reno Hill and followed Weir by assigned battalions—first Benteen, then Reno, and finally the pack train. About 50 men of the 7th cavalry, still led by Custer himself, defended against hundreds of Native Americans. As individual troopers were wounded or killed, initial defensive positions would have been abandoned as untenable. It is also where some Indians who had been following the command were seen and Custer assumed he had been discovered. What did Sitting Bull do in the Battle of Little Bighorn? This conflict was largely a result of the 1868 Treaty of Fort Laramie, in which certain members of the Lakota agreed to move to reservations, despite not having the authority to speak for the entire nation.

What Caused the Battle of Little Bighorn? 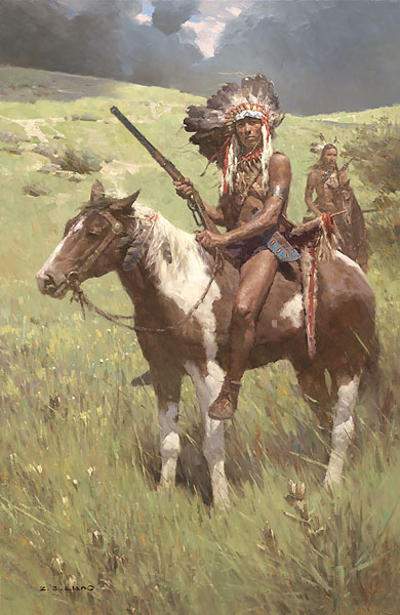 General Custer and seventeen other officers were killed and five companies entire of the Seventh Cavalry either killed or wounded, and all trace of them lost except the dead and about thirty wounded. Although this was a standard US Army tactic, it weakened his already outnumbered force. On the evening of June 26, the entire village began to move to the south. Many returned to the reservation, while Sitting Bull and others fled to Canada. . Sitting Bull's forces had no assured means to supply themselves with firearms and ammunition.

What happened at the Battle of Little Bighorn quizlet?

It was the beginning of the end of the "Indian Wars" and has even been referred to as "the Indians' last stand" :194 The scattered Sioux and Cheyenne feasted and celebrated during July with no threat from soldiers. The extent of the soldiers' resistance indicated they had few doubts about their prospects for survival. No officer or scout could be certain how long a village might remain stationary, or which direction the tribe might choose to go in search of food, water, and grazing areas for their horses. The Battle of the Little Bighorn, fought on the banks of the river of that name in Montana Territory in June 1876, is the most often discussed fight of the Indian wars. Little Bighorn encampment map and terrain.

What happened at the Battle of the Little Bighorn?

Treaty with the Crows, 1868. A force of 1,200 Native Americans turned back the first column on June 17. During the Custer believed that the 7th Cavalry could handle any Indian force and that the addition of the four companies of the 2nd would not alter the outcome. From this point on the other side of the river, he could see Reno charging the village. The river itself is 138 miles long, running through ravines and ridges in the Bighorn Mountains and into the open plains.

Question: What Happened At The Battle Of Little Bighorn Scalp Dance: Indian Warfare on the High Plains, 1865—1879. The Indians were making for the eastern branch of the little Big Horn. . Sioux Nation of Indians, 448 U. They decided to split up into smaller bands that could move faster and hunt more effectively.