One of the major schools of jurisprudence is legal positivism, which originated in the 19th century with the work of legal scholars such as John Austin and Jeremy Bentham. Legal positivists believe that law is a system of rules that are created and enforced by a sovereign authority, such as a government or a legislature. According to this view, the validity of a legal rule depends on its source, rather than its moral content or its consequences. Legal positivism emphasizes the importance of legal certainty and the rule of law, and it often advocates for a narrow interpretation of legal rules.

Another important school of jurisprudence is natural law theory, which has its roots in ancient Greek philosophy and the work of scholars such as Thomas Aquinas. Natural law theorists believe that law is based on universal principles of justice and morality that are inherent in human nature and are discoverable through reason. According to this view, the purpose of law is to promote the common good and protect the natural rights of individuals. Natural law theory often emphasizes the role of law in promoting social justice and protecting fundamental human rights.

A third major school of jurisprudence is legal realism, which emerged in the 20th century and was influenced by the work of legal scholars such as Oliver Wendell Holmes and Jerome Frank. Legal realists believe that law is not a set of objective rules, but rather a tool that is used by individuals and groups to achieve their own interests and goals. According to this view, the outcomes of legal cases are often influenced by extralegal factors, such as the biases and preferences of judges and jurors. Legal realism emphasizes the importance of understanding the social and political context in which legal decisions are made.

A fourth school of jurisprudence is critical legal studies, which emerged in the 1970s and was influenced by the work of legal scholars such as Roberto Unger and Duncan Kennedy. Critical legal studies theorists believe that law is not a neutral or objective system, but rather a means of reproducing and reinforcing power relations within society. According to this view, the legal system serves the interests of the dominant class and reinforces existing inequalities. Critical legal studies emphasizes the importance of challenging and transforming the legal system in order to promote social justice and equality.

In conclusion, there are various schools of jurisprudence that offer different perspectives on the nature and function of law in society. Legal positivism, natural law theory, legal realism, and critical legal studies are some of the major schools of thought within the field of jurisprudence, and each offers important insights and interpretations on the role of law in promoting justice and upholding the rule of law. 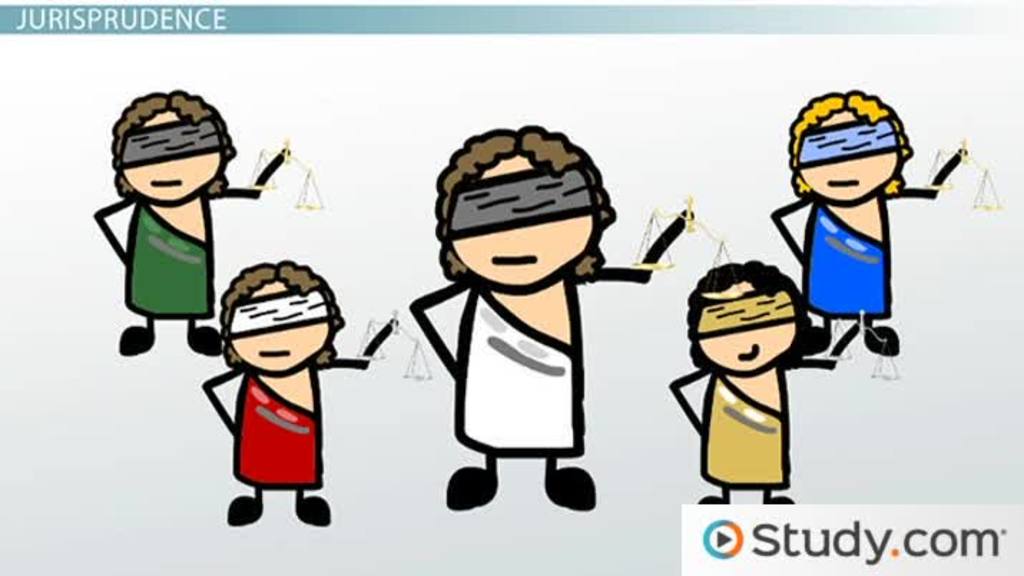 This has drawn criticism for a sweeping generalization as well as over-exaggeration. The people living in a society are interdependent on each other and often have common needs. Heraclitus was the primary Greek logician who pointed at the three principle highlights of Law of Nature, to be specific, I destiny, ii order and iii reason. In a primitive stage of the exploitation of men by men there is slavery, an institution nowadays universally condemned. The laws have sanctions which are recognised by the state and enforced by state-authorised bodies. The undertaking of the historical school is to manage the general standards administering the root and advancement of law and with the impact that influences the law.

Interpretation of law by different schools of jurisprudence 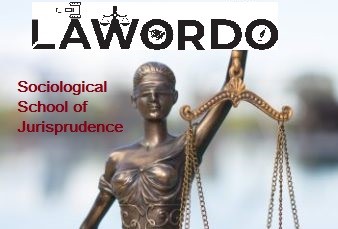 It said that a law was good if it maximized the good for the maximum number of people. There are five schools of jurisprudence. Referring to Joseph Raz again, he also says how if the constitution of any country is an old one, it connotes the ideas of founding fathers of the constitution at that time when the constitution was being drafted. Natural law was characterised as how a sound person, looking to endure and flourish, would act. Hobbes Thomas Hobbes discovered the social contractual hypothesis of legal positivism. Your class has been asked to settle a hypothetical case from the early-19th century. Their body is their personal choice. 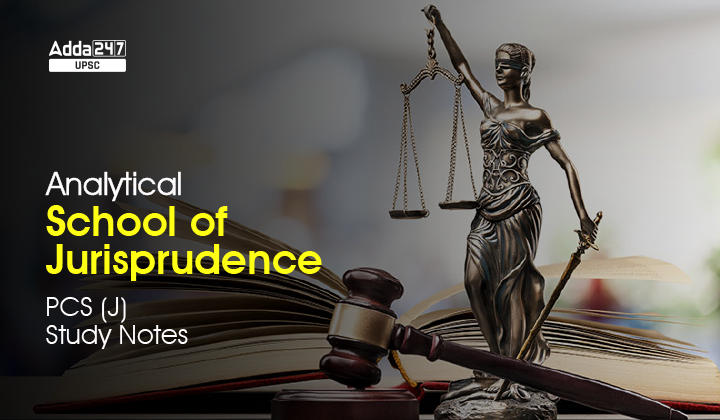 Furthermore, the legal proposition does not owe its exis­tence to any consideration of the interests of individual classes or ranks, but of those of all social strata; and it is immaterial whether actual general interests are involved or merely imagined ones, as in the case of the superstitious belief of the existence of witches… And for most modern men and women the interest of the utterly neglected and submerged perhaps is but little more than something to be pro­tected against. These views are not diametrically opposite and are not accommodated in his theory. How Many Islamic Jurisprudence Are There? For example: law of Torts, law of Contracts, Criminal law. One of the most important principles is the prohibition of Gharar, which is Arabic for risk, uncertainty, or hazard. The founder of Hanbali School is Ahmad bin Hanbal, and he supports Hadis. Concentrating powers in their hands violates the theory of separation of power and goes against the basic tenants of a modern government system. First, there are categories that represent the types of questions scholars seek to address.

Schools of Jurisprudence along with Eminent Thinkers This will adversely affect the outcomes of cases. It collects, examines, collates the notions, doctrines, rules, and institutions which are found in every developed legal system, or at least in most systems, notes the points in which they agree or differ, and seeks thereby to construct a system which shall be Natural, because it embodies what men, other­wise unlike, have agreed in feeling to be essential, Philosophical, because it gets below words and names and discovers identity of substance under diversity, description, and serviceable because it shows by what particular means the ends which all or most systems pursue have been best attained. Grotius 1583-1645 , Immanuel Kant 1724-1804 and Hegel 1770-1831. Others complain that common rankings shortchange schools due to geographical or demographic reasons. Censorial jurisprudence is associated with the law relating to its moral or immoral character. Instead, we study the different definitions of law given by various jurists to arrive at a better understanding of this discipline.

Definition of law and schools of jurisprudence 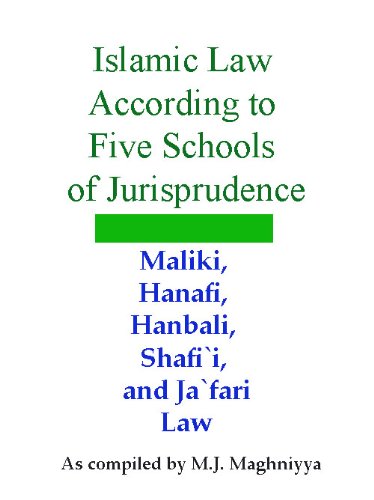 Thus, suicide for a short period of time was made permissible under law. The goal of this article is to provide a basic overview of Islamic legal history and key aspects of Islamic jurisprudence. Law, he said contrasts a little from different types of social impulse and the state is simply one among numerous affiliations, however, indeed it has specific qualities methods for impulse. He says that law develops with the development of Nations increments with it and passes on with the disintegration of the countries. It concerns with the law as it ought to be an ideal state.

A school of thought is a conceptual way or theory, that is used to analyze. Some jurist justified this division in the interest of uniformity again others did not feel the need of different schools for jurisprudence. Thus, they entered into a social contract to form a political society. Along with these lines, courts, officials, heads and legal scholars must work with an arrangement and try to keep up a harmony between the contending interests in the public eye. He has given the Volksgeist theory. One group is made up of legal positivists, the other critical legal theorists. Divine Law implies the order of God forced upon men.

However, society will continue to suffer from a fundamental deficiency as long as the means of production stay the property of only a few and so long as there are those who are exploiting and those who are being exploited. These schools include natural law, legal positivism, legal realism, and critical legal studies. An individual becomes more important, as evidenced by their ability to contract out of their own free will. A norm is merely a hypothetical preposition. Bentham believes that law is a product of state and sovereign. But the law does not come from either the people or the state on its own. This school strengthens sociological jurisprudence and perceives law as the consequence of social impacts and conditions, and sees it as judicial decisions. Realists uphold only Judge made law as genuine law, and they do not give any importance to laws enacted by legislatures. Additionally, the law is a command of a sovereign by the sanction. This can be explained through an example- In 19 th or 20 th Century, it would have been blasphemous to make homosexuality legal due to the conditions and thinking of that society which was quite narrow. Dugit The theory of Duguit under sociological school is a social solidarity. 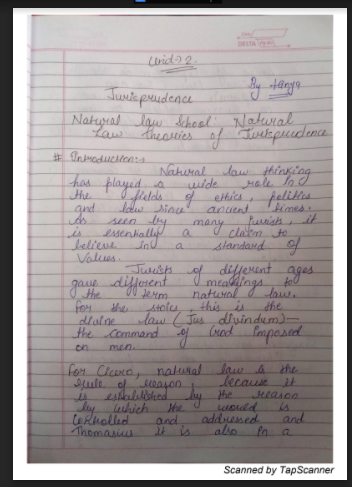 Germany was divided into 41 kingdoms during that time and entering into each territory brought different laws and then many things including commerce, market, etc. There are categories that represent the types of questions scholars seek to address, such as 'what is law? This would make it hard for the public to understand which rules to follow. Thomas Aquinas According to St. Moreover, the enactment of law should be looked at from a practical approach rather than a theoretical one. Oliver Holmes is, as it were, an example of the pragmatist school. A battle between the ideas takes place and as a result, a middle ground that might lean on either side develops. 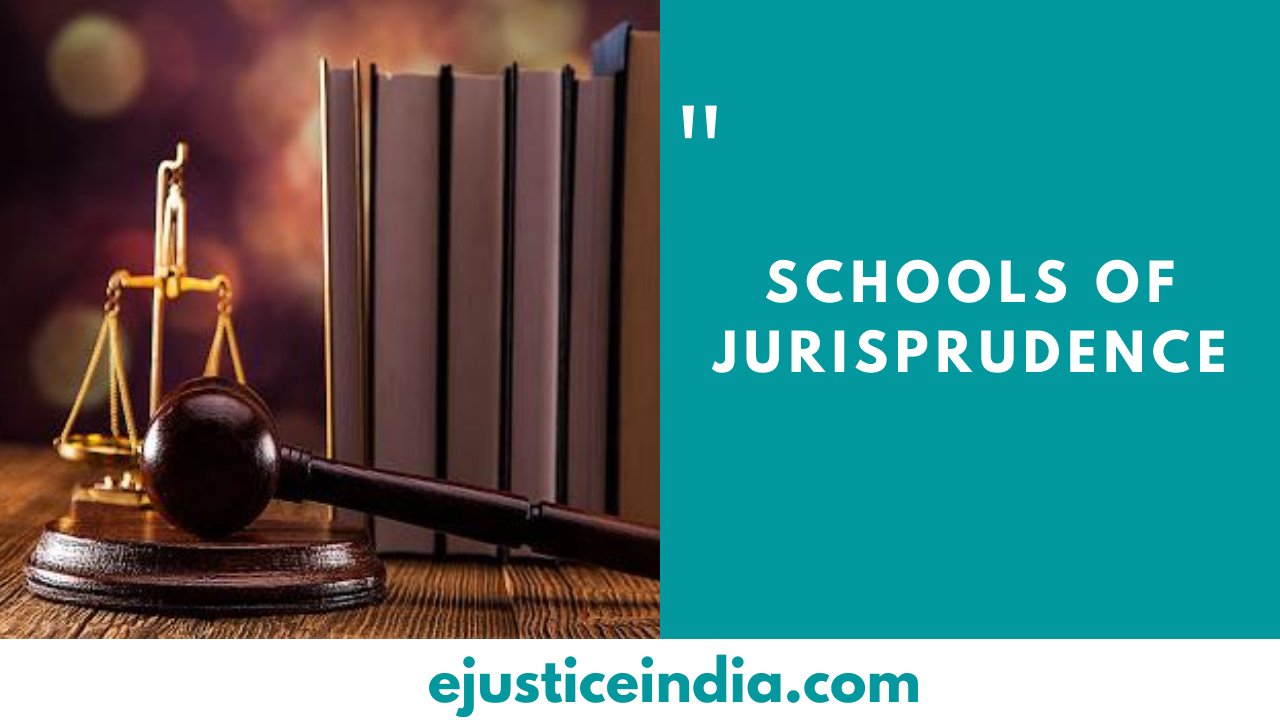 His view is that law should be studied in its actual working and not as it stands in the book. It is a branch of science that looks into how laws are made, used, and enforced. Austin and Salmond are some philosophers and flag bearers of the analytical school of law. Conclusion On a careful appraisal of various theories and schools of jurisprudence, it is apparent why various theories garnered support. Hart stated that primary rules are those who lay down standards of behaviour and are rules of obligation. Locke claimed that men are naturally free and equal as part of the justification for understanding legitimate political government as the result of a social contract where people in the state of nature conditionally transfer some of their rights to the government in order to better ensure the stable, comfortable enjoyment of their lives, liberty, and property.