Thomas Cook was a British travel company that operated for over 180 years before it declared bankruptcy in September 2019. During its existence, the company played a significant role in the global tourism industry, organizing travel arrangements for millions of people around the world. However, Thomas Cook also had a significant environmental impact due to its operations, which included air travel, hotel accommodations, and package tours to a variety of destinations. In this essay, we will discuss the environmental impact of Thomas Cook and the steps the company took to address its environmental responsibilities.

One of the primary environmental concerns associated with Thomas Cook was its reliance on air travel. Air travel is a significant contributor to climate change due to the emissions of greenhouse gases such as carbon dioxide from jet engines. According to the Intergovernmental Panel on Climate Change, the transportation sector is responsible for approximately 14% of global greenhouse gas emissions, and a significant portion of these emissions come from aviation. As a major player in the travel industry, Thomas Cook contributed to these emissions through the transportation of millions of passengers on flights to various destinations.

In an effort to address its environmental impact, Thomas Cook implemented a number of initiatives to reduce its carbon emissions. These included investing in more fuel-efficient aircraft, offsetting its carbon emissions through the purchase of carbon credits, and implementing a variety of energy-saving measures at its hotels and resorts. For example, the company introduced energy-efficient lighting and heating systems at its hotels, as well as water-saving measures such as low-flow showerheads and dual-flush toilets.

Another environmental concern associated with Thomas Cook was the impact of its operations on the destinations it served. As a travel company, Thomas Cook brought millions of tourists to destinations around the world, which could put strain on local ecosystems and communities. For example, the influx of tourists to a destination could lead to overcrowding and the overuse of natural resources such as water and energy. To address these concerns, Thomas Cook implemented a number of sustainability initiatives at its hotels and resorts. These included initiatives to reduce water and energy consumption, as well as programs to support local communities and promote sustainable tourism practices.

In conclusion, while Thomas Cook played a significant role in the global tourism industry, it also had a significant environmental impact due to its reliance on air travel and its operations in various destinations around the world. The company took steps to address these environmental concerns through a variety of initiatives, including investing in more fuel-efficient aircraft, offsetting its carbon emissions, and implementing energy and water-saving measures at its hotels and resorts. However, the company's efforts were not enough to prevent its bankruptcy in 2019, which was largely due to financial mismanagement rather than environmental concerns.

The Collapse of Thomas Cook: What Happened and Why 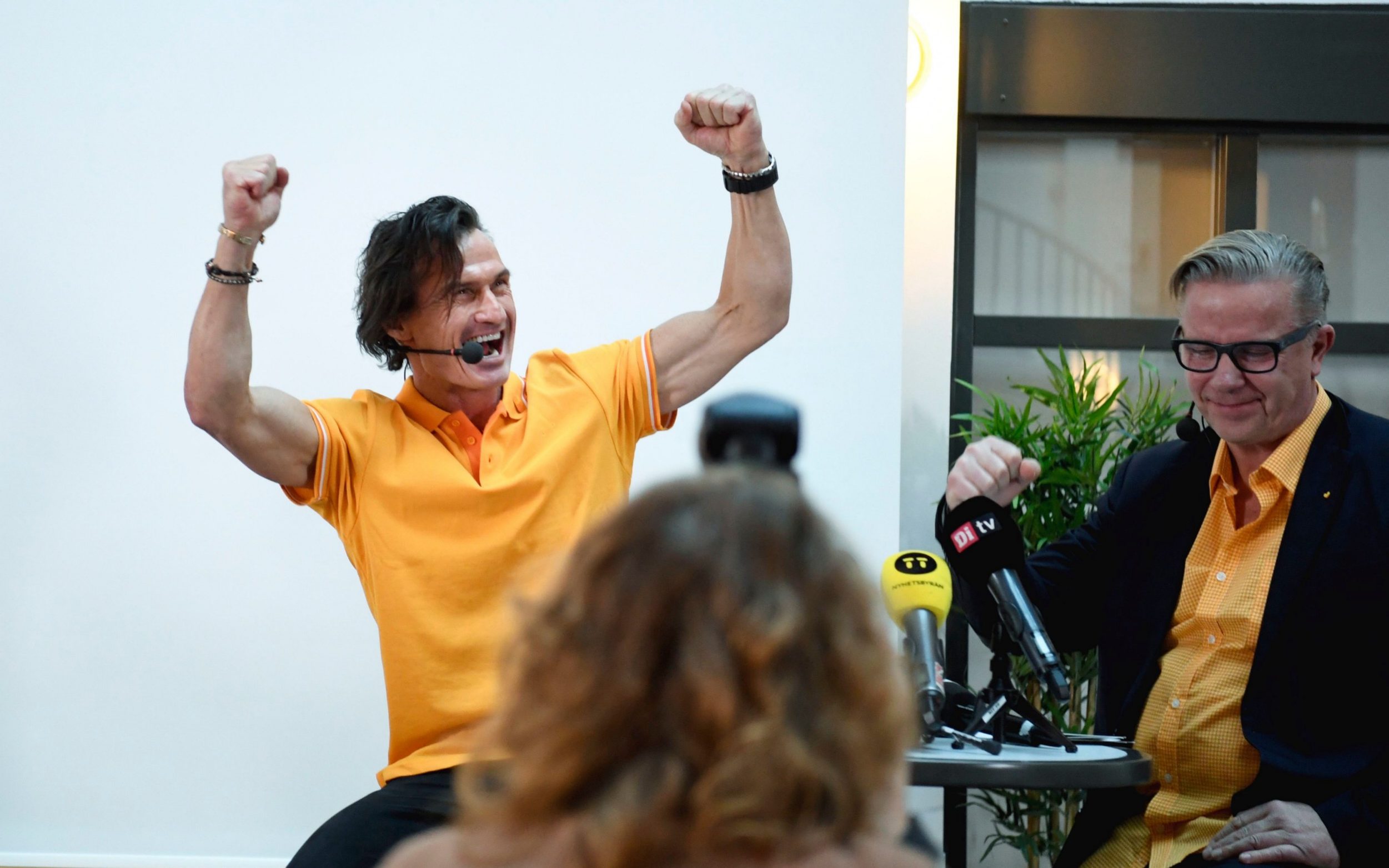 Turbulence The travel and tourism industry suffers from unpredicted variance and thus the turbulence is also high. Besides displacement in the consumer behavior besides poses a menace for Thomas Cook. They thousands of The collapse of Thomas Cook Most recently in 2019, Thomas Cook collapsed. Another set of challenges is the growth of the company through acquisition. . 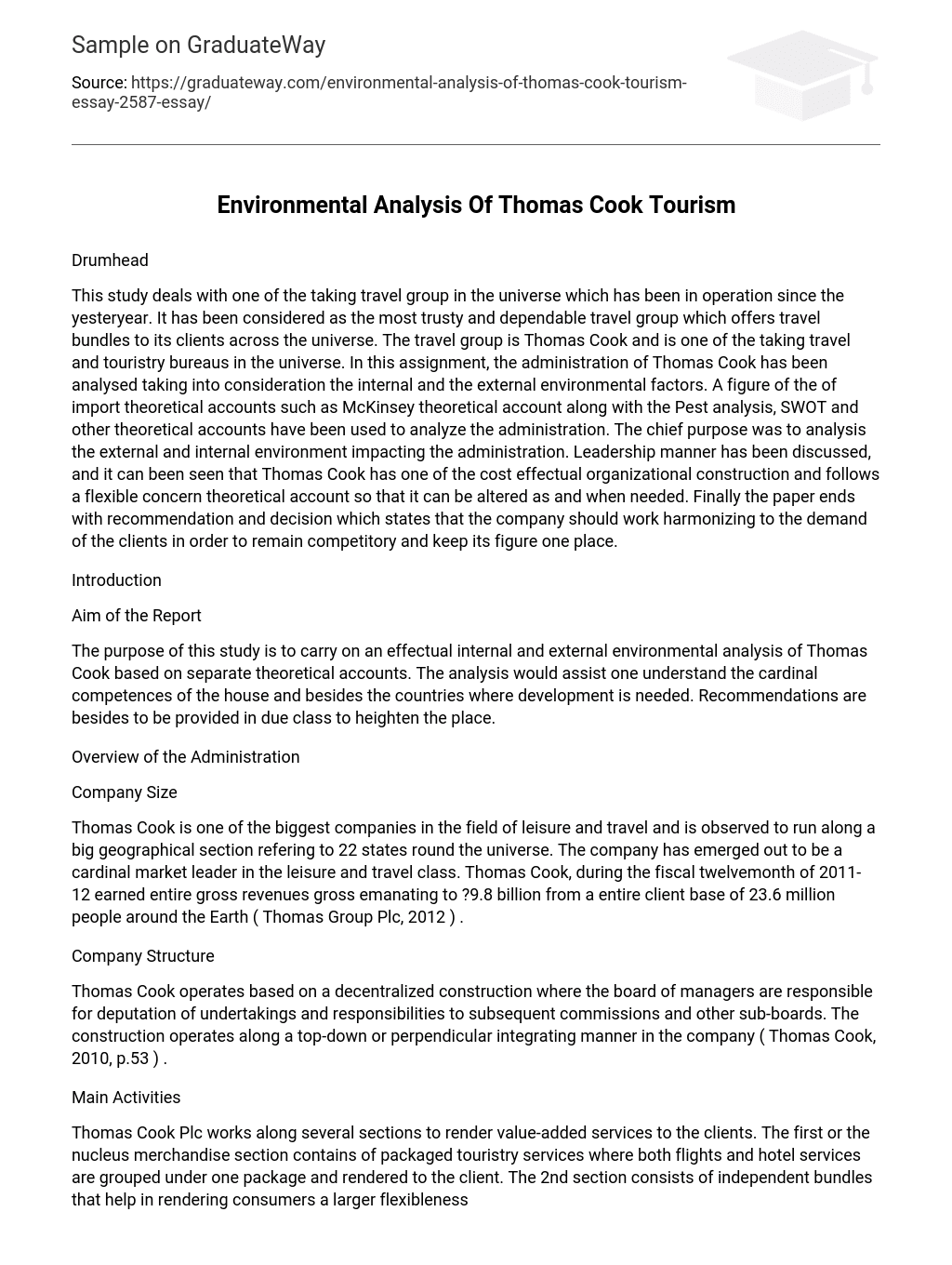 The demand has slowed because of the weak economic system of UK and besides its strong focal point on cost film editing, UK invested small in IT and merchandise which left Thomas Cook positioned ill in the market FVW, 2011. North Yorkshire Moors Railway. So he hoped to practise his ideas by arranging for 500 working class people to travel by train from Leicester to Loughborough to visit the Temperance quarterly meeting. Company Structure Thomas Cook operates based on a decentralized structure where the board of directors is responsible for the delegation of tasks and duties to subsequent committees and other sub-boards. Seventhly, the company focuses on gaining hold of talented and effective people that would help the concern achieve its set goals. 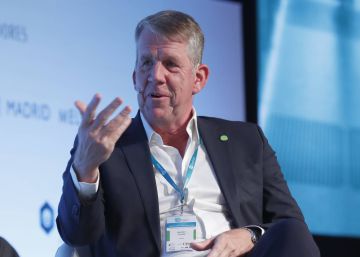 . He also became a Baptist missionary in 1826, touring the area as a village evangelist. Many of the workers worked in unfavourable conditions, still the goods which are produced are sold at higher prices. When Thomas died on 18th July 1892, he had just £2731 in his bank. This issue of environmental impact can be better understood with an example. They then took a paddle steamer to Japan, then travelled overland across China and India. The company believe that employee who is engaged tends to perform better which leads to satisfied and loyal customers. 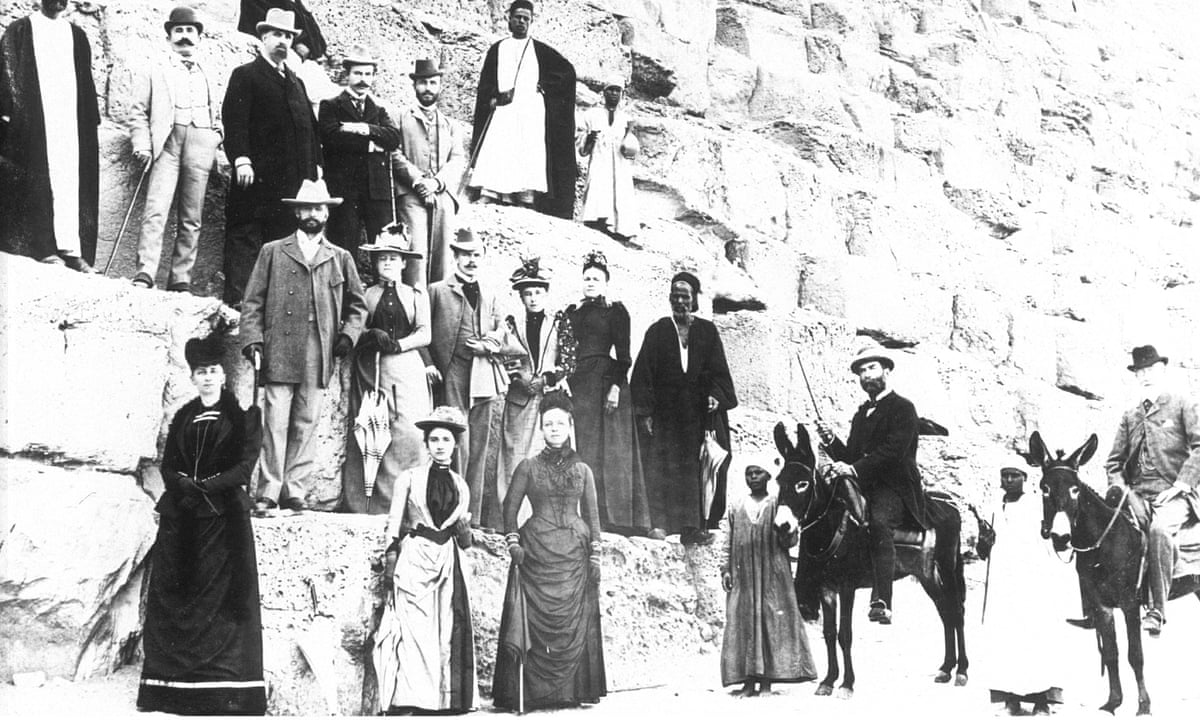 Company Structure Thomas Cook operates based on a decentralised structure where the board of directors are responsible for delegation of tasks and duties to subsequent committees and other sub-boards. Main Activities Thomas Cook Plc works along several segments to render value-added services to customers. The customers are price sensitive and the internet environment allowed them to compare prices and go with the lowest. The third product segment focuses on rendering financial support to travelers in terms of foreign exchange or money transfers and also in tour assurance services. Shared Valuess The higher direction organic structure of Thomas Cook works on the footing of conveying possible information refering to concern and strategic value to the employees refering to different degrees. The second segment consists of independent packages that help in rendering consumers larger flexibility in choosing the travel destinations, duration of the tour, and other value additions. With many travel and tourism agency, the customer's gets a wide variety to choose from the best options and this tends to increase the competition among the travel and tourism industry.

The History of Thomas Cook It can be said that the company has been performing well in the financial year and plans to do well in the near future but with changing market environment along with the demands and needs of the customers Thomas Cook needs to adapt to new technologies and serve or provide its customers with the wants and requirements. As the environment keeps on altering each of the listed properties becomes more or less attractive in order to accomplish profitable growing rate. Thomas Cook MyTravel merger surprises travel industry - 12 Feb 2007, 2007 Another big merger of thomas cook with the Cooperative group in the year 2010 is a noteworthy development. SWOT Analysis of Thomas Cook SWOT analysis is chiefly used by administration as strategic planning and normally refers to the designation of the strength, failing along with the chances and menaces of the administrations. External Environmental Analysis No administration tends to exists in vacuity as each of the administrations is affected by the external environment. Similarly a lot of European countries give healthy tax breaks to companies that operate in the renewable sector.

The same can be shown in the undermentioned illustration. To date, it seems that independent travel agent Hays Travel has been the most visible beneficiary. Harmonizing to Rubrigt and MacDonald 1981 , if any of the administration faces failing it would go the inclination of the administration to overlook the chance or the obstructions in the market topographic point, besides the external environment Winston, 1985, p. However, they sold the business to Compagnie Internationale des Wagons-Lits et de Grandes Express Europèens in 1928. Their business model was refined by the introduction of the 'hotel coupon' in 1868. 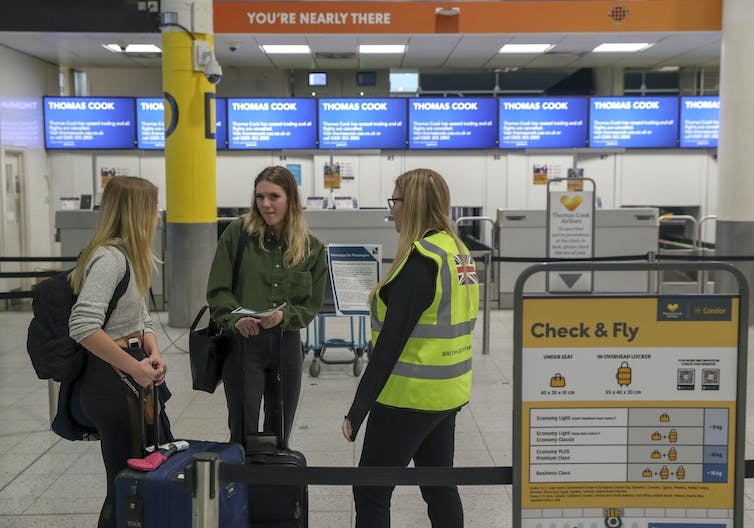 . In the years to come, the company plans various tours to far-flung locations all over the world, including safaris in Africa. Thomas Cook — a short timeline 1845 Thomas Cook is an English businessman, who worked as a gardener and cabinet-maker. PEST Analysis of Thomas Cook Plague Analysis is chiefly used to scan the environment. It besides helps in supplying counsel to the pupils sing facets of value and civilization of the company. 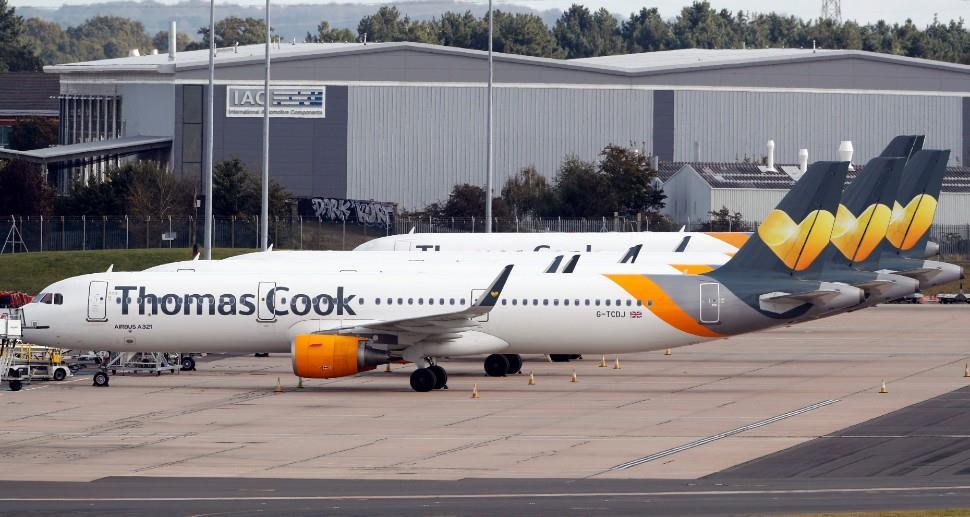 By 1888, there were offices around the world. This is alongside the digital version which launched in 2016. It has been considered as the most trustworthy and reliable travel group which offers travel packages to its customers across the world. It also employed more than 21,000 people, 9,000 of whom were located in the United Kingdom. Thus the competitive environment of Thomas Cook has been analysed. Hostility The grade of ill will is low to chair in instance of touristry industry. Communication along the lines is enhanced through retention of preparation and interactions on a bipartisan degree. 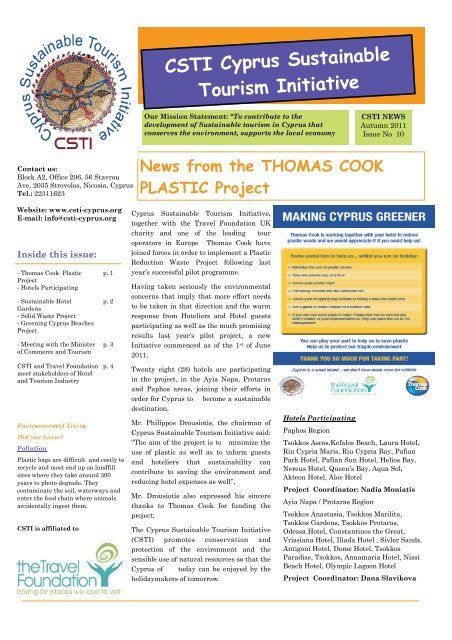 The group has recorded gross of about? The history of Thomas Cook as a brand was born on Fleet Street. Missed the opportunity to include the Millennials among its customers With a new generation of travellers entering the market, the industry was bound to change. The first or the nucleus merchandise section contains of packaged touristry services where both flights and hotel services are grouped under one package and rendered to the client. Figure 3: Kotter's Eight Step Change Process Kotter, 2006, p. Analysis of Thomas Cook based on McKinsey's 7S Model The Model In the McKinsey's 7S Model firstly, the management works on the basis of set strategies incorporating the views of many to help arrive at a specific action plan to accomplish end goals.