Plato, a Greek philosopher and mathematician, was one of the most influential figures in the history of Western philosophy. His ideas and writings have shaped the way we think about knowledge, truth, and reality for centuries. In this essay, we will explore Plato's views on knowledge and how they have influenced our understanding of the world.

Plato believed that knowledge was not something that we acquire through our senses, but rather it is something that we already possess. According to Plato, our senses are limited and unreliable, and they can only provide us with a limited and imperfect understanding of the world. Instead, he believed that true knowledge comes from our ability to reason and understand abstract concepts, such as justice, beauty, and goodness.

Plato also believed that there is a distinction between knowledge and opinion. He argued that knowledge is certain and unchanging, while opinion is subjective and changeable. For Plato, true knowledge is eternal and unchanging, and it can be discovered through the process of contemplation and reflection.

One of Plato's most famous ideas is the concept of the "Forms," which he believed were the ultimate reality behind the physical world. According to Plato, the Forms were eternal, unchanging, and perfect, and they were the source of all true knowledge. He believed that the physical world was an imperfect imitation of the Forms, and that our senses could only provide us with a distorted and incomplete understanding of reality.

Plato's views on knowledge have had a profound influence on the way we think about the world. His ideas about the importance of reason and abstract thinking have shaped the way we approach philosophical and scientific inquiry. Additionally, his distinction between knowledge and opinion has had a lasting impact on our understanding of the nature of truth and reality.

Overall, Plato's views on knowledge have had a lasting impact on the way we think about the world and have helped to shape the course of Western philosophy. His ideas about the nature of knowledge and reality continue to be studied and debated by philosophers today. 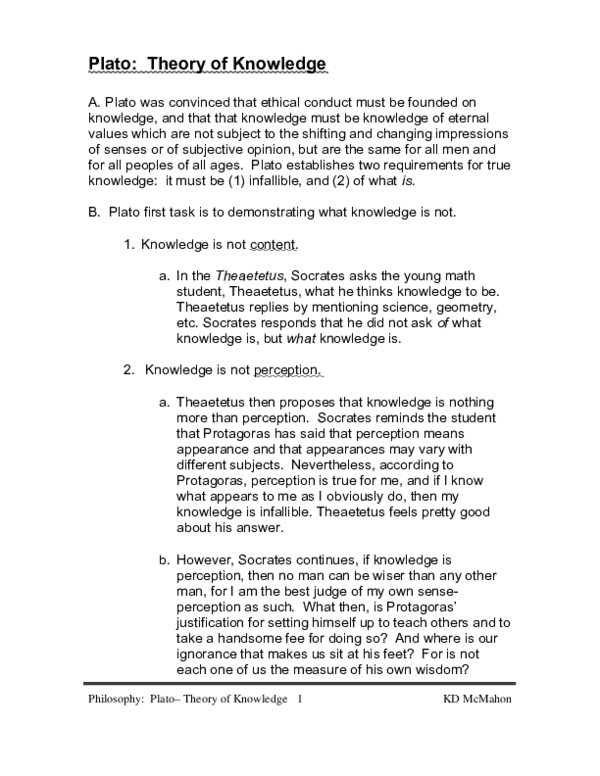 Revisionists will retort that there are important differences between the Heracleitean self and the wooden-horse self, differences that show that Heracleiteanism is no longer in force in 184—187. That dialectic is geared to this end is somewhat obscured in the subsequent discussion in the Phaedrus. Socrates himself expresses dissatisfaction with the result of this discussion R. Its dualistic nature remains because not only the One but also the Indefinite Dyad is treated as a fundamental principle. For a recent defense of knowledge-how as an ability, see Markie 2015. Finally, because translators of difficult technical studies such as the Parmenides and the Sophist must make basic interpretive decisions in order to render any English at all, reading their work is very far from reading Plato. And if he can prove that no ideas are innate, then the whole superstructure of Rationalism will give way. 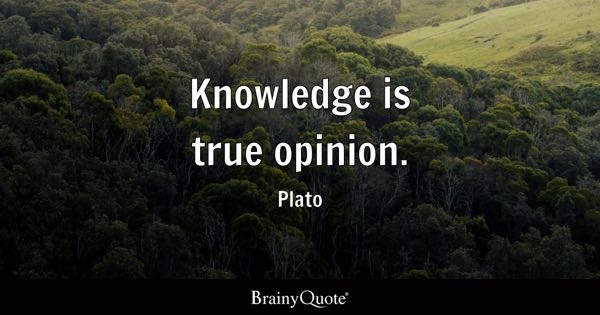 For such a theorist, epistemology and semantics alike rest upon the foundation provided by the simple objects of acquaintance. The viability of this argument, stripped here to its bare bones, need not engage us. There are other important questions about the particular shape his dialogues take: for example, why does Socrates play such a prominent role in so many of them, and why, in some of these works, does Socrates play a smaller role, or none at all? Truth of knowledge, for Locke, is correspondence between our ideas with real things outside. No one disputes that there are false beliefs that cannot be explained as mismatches of thought and perception: e. This far-reaching development of Schleiermacher's theory of the dialogue at last even turned against him: he was roundly criticized for wrongly seeking a systematic philosophy in the dialogues. Because all people want happiness, they pursue the good as well as they can 205a—206b. Reale introduced the term 'protology,' i.

When Socrates argues against the Dream Theory 202d8—206b11 , it is this entailment that he focuses on. As the Phaedrus makes clear, love for a beautiful human being is an incentive to search for a higher form of life, as a sacred joint journey of two friends in communion 255a—256e. The proposal that gives us the Fourth Puzzle is disproved by the counter-examples that make the Fifth Puzzle necessary. Search and learning are one and the same act. The life-style designated for the upper classes also seems open to objections. 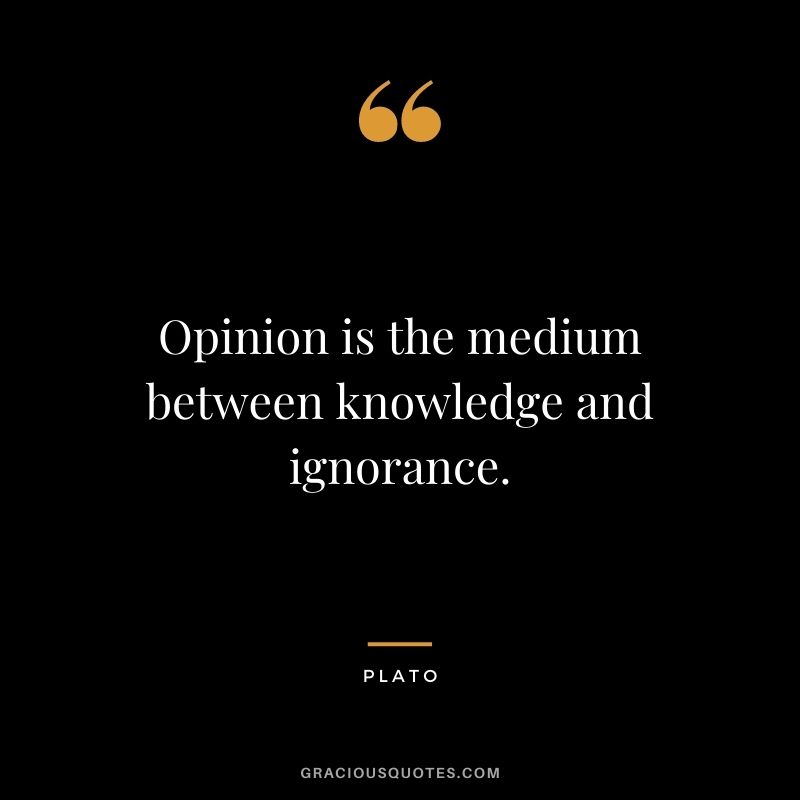 The aporetic controversy about justice in the first book is set off quite sharply against the cooperative discussion that is to follow in the remaining nine books. Thus, while propositional knowledge may require concept possession, our ordinary knowledge ascriptions suggest that we regard relatively unsophisticated agents as possessing the relevant concepts. For an overview of the positions in the research controversy see Rafael Ferber: Ist die Idee des Guten nicht transzendent oder ist sie es doch? Second, this drive finds its expression in the products of their work, in creativity. What does Socrates means by knowledge? If you have any question, please feel free to contact us below. David, 1989, Practical Reflection, Princeton, NJ: Princeton University Press. This entry starts by looking at some classical arguments against intellectualism about knowledge-how: the regress argument section 1 , the insufficiency argument section 2 , and the gradability argument section 3.

Theory of Knowledge by Various Philosophers

It is more probable, he says, that there was a series of lectures and only the first introductory lecture was, as an experiment, open to a broad and unprepared audience. Does Socrates produce good arguments against definition by examples? Thinking — the talking of the soul with itself. So there is a Form of a table that is connected to things which are tables, and a Form of a dog connected to things which are dogs. We can easily Excellence is not a gift, but a skill that takes practice. As the product of both principles, the Form of Twoness reflects the nature of both: it is determinate twoness.

Plato Theory Of Knowledge: The Complete Guide For IB Students 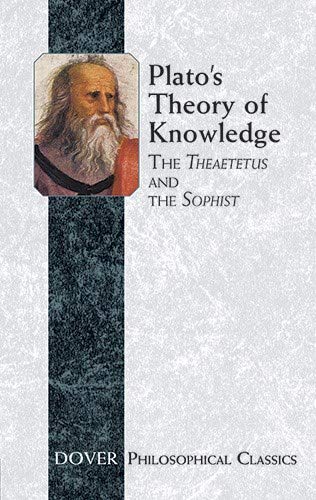 Rather, Plato is concerned with ascertaining all of the following: 1 the most important concepts used to identify and differentiate objects in the way necessary for dialectical procedure; 2 the numbers and proportions needed to understand numerical relations and harmonic structures of all sorts; and 3 the capacity of the soul to perform and comprehend harmoniously coordinated motions. . So the pianist might have both general ability as well as knowledge-how, though they lack circumstantial ability. Key details of this extra-temporal emergence of space are missing from the surviving ancient testimonies, and its nature is debated in the scholarly literature. At 200d—201c Socrates argues more directly against D2. Exegesis and Argument: Studies in Greek Philosophy Presented to Gregory Vlastos. We are twice armed if we fight with faith. But his performance improved. Yet, other intellectualists argue we can dispense with practical modes of presentation altogether and instead appeal to ways of knowing that are distinctively practical or executive Waights Hickman 2019; Cath 2020. The One and the Indefinite Dyad are the ultimate ground of everything because the realm of Plato's Forms and the totality of reality derive from their interaction. Since Plato was neither a moral nihilist nor a sceptic, he cannot have regarded moral perplexity aporia as the ultimate end, nor regarded continued mutual examination, Socratico more, as a way of life for everyone. Motor representations would fall under the latter heading. And third is the desire for knowledge. He invites us to imagine a cave which descends gradually into the side of the hill.

Plato on Knowledge in the Theaetetus (Stanford Encyclopedia of Philosophy) 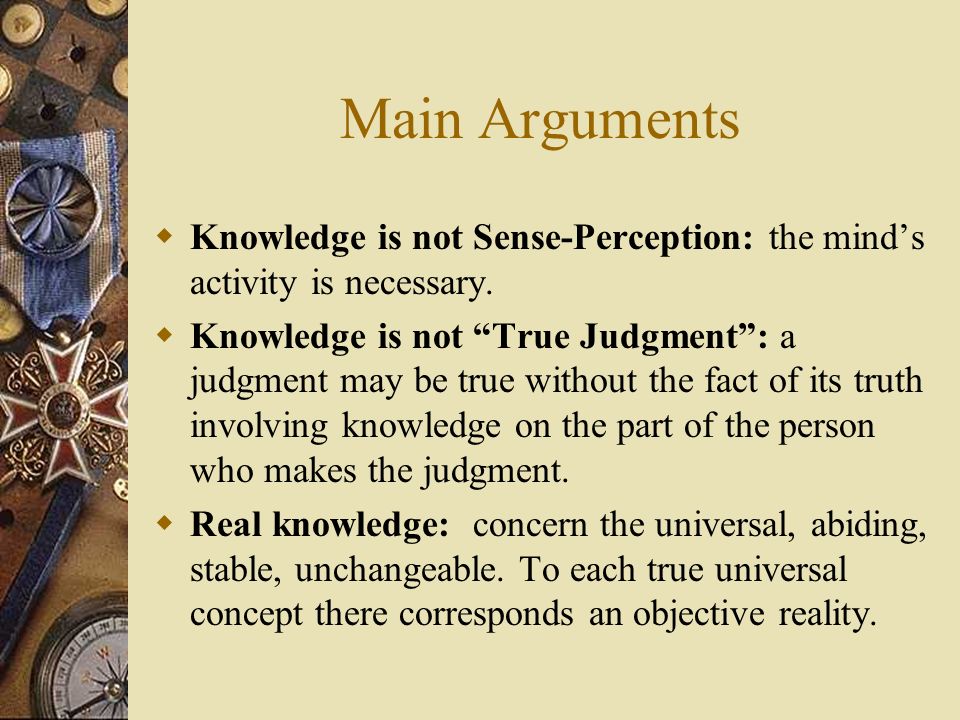 The subject knows the objects through the ideas. If, in the Republic, the goodness of the individual soul is explained in terms of its being a smaller copy of a harmonious society, in the Timaeus, Plato goes for a larger model. Since he can arrange those letters in their correct order 208a9—10 , he also has true belief. A work of such great detail and length about voting procedures, punishments, education, legislation, and the oversight of public officials can only have been produced by someone who wants to contribute something to the improvement of the lives we lead in this sensible and imperfect realm. See Parmenides 135a—d, where Plato explicitly says—using Parmenides as his mouthpiece—that these arguments will be refuted by anyone of adequate philosophical training. What makes it contradictory is that Aristotle goes deeper into the subject of knowledge by stating that particulars have to carry an essence of the form and gives four causes that aid in finding the essence. The first kind is acquaintance knowledge: we know our mothers, our friends, our pets, etc.

What does Plato mean by knowledge is virtue? 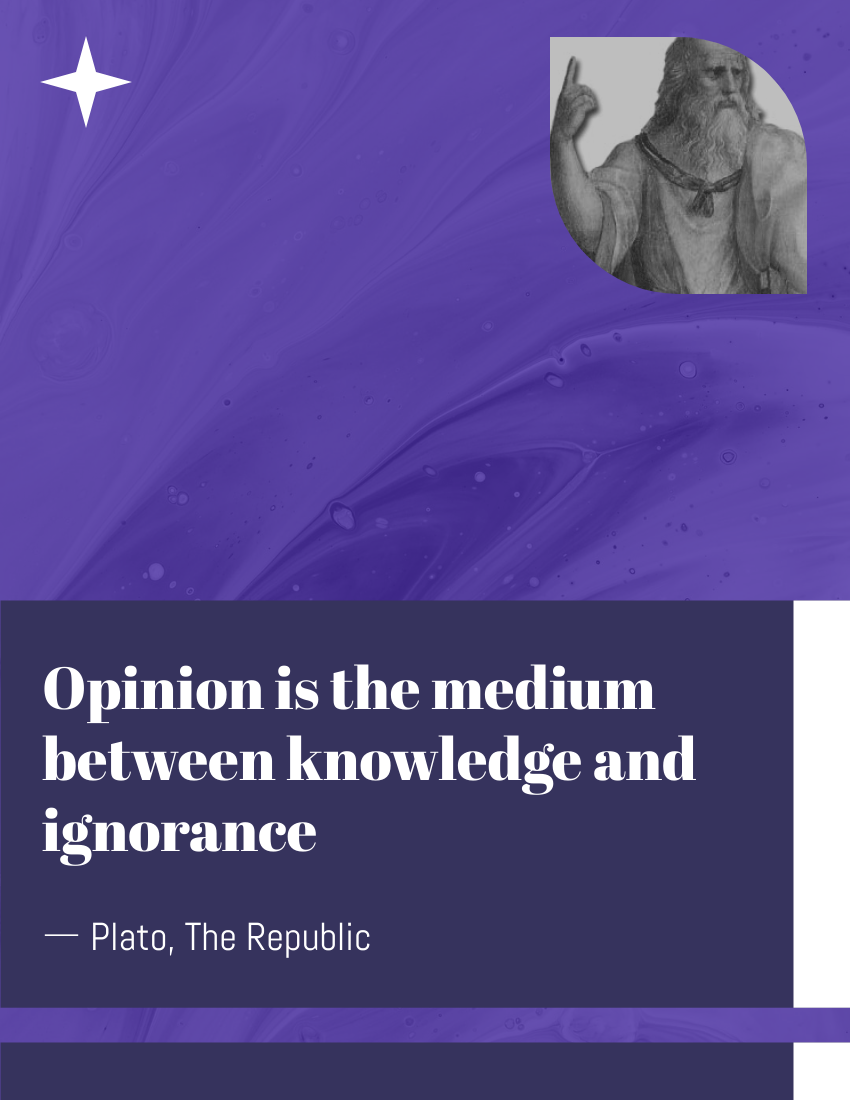 Belief, when supported by evidence, and rational justification only, rises to the level of knowledge. If knowledge is perception then it is not about the real nature of a thing; but only its appearance. Robinson, Oxford: Basil Blackwell, 1962. Sense experience becomes contentful when it is understood and arranged according to the structures that the Forms give it. They are the farmers, labourers, merchants, service men, and similar others. Then I did not make a prediction, strictly speaking, at all; merely a remark about what presently seems to me.