Wildlife conservation is the practice of protecting and preserving the diverse species of animals, plants, and their habitats within a particular region or country. It is a crucial aspect of environmental protection and sustainability, as it helps to maintain the balance of nature and the ecosystem. In India, wildlife conservation has become increasingly important due to the country's diverse and rich biodiversity.

India is home to a wide range of species, including the Bengal tiger, Asian elephant, and Indian rhinoceros, as well as many other species of mammals, birds, reptiles, and amphibians. These species are an important part of the country's natural heritage and contribute significantly to the ecosystem. However, these species are under threat due to various factors such as habitat loss, poaching, and climate change.

Habitat loss is one of the major threats to wildlife in India. The country has a rapidly growing population, which has led to an increase in the demand for land for development and agriculture. This has resulted in the destruction of natural habitats, such as forests, wetlands, and grasslands, which are essential for the survival of many species.

Poaching is another major threat to wildlife in India. Many species, such as the Bengal tiger, are poached for their valuable body parts, which are used in traditional medicines and as luxury items. This illegal trade not only puts the lives of these animals at risk but also disrupts the ecosystem and can have serious consequences for the species' populations.

Climate change is also a major concern for wildlife conservation in India. Rising temperatures and changing weather patterns can affect the distribution and behavior of species, leading to their decline. For example, rising sea levels and the loss of coastal habitats could threaten the survival of species such as the saltwater crocodile and the Indian python.

To address these threats, it is essential to implement conservation measures that protect and preserve the natural habitats of species and prevent poaching and other illegal activities. This includes the creation of national parks and wildlife reserves, as well as the enforcement of laws and regulations that protect endangered species. In addition, it is important to educate the public about the importance of wildlife conservation and the role that everyone can play in protecting and preserving the natural world.

In conclusion, wildlife conservation is crucial for the protection of the diverse and rich biodiversity of India. It is essential to implement measures that protect natural habitats, prevent poaching and other illegal activities, and educate the public about the importance of conservation. By taking these steps, we can ensure that the country's unique and valuable species are preserved for future generations.

Conservation of Wildlife in India 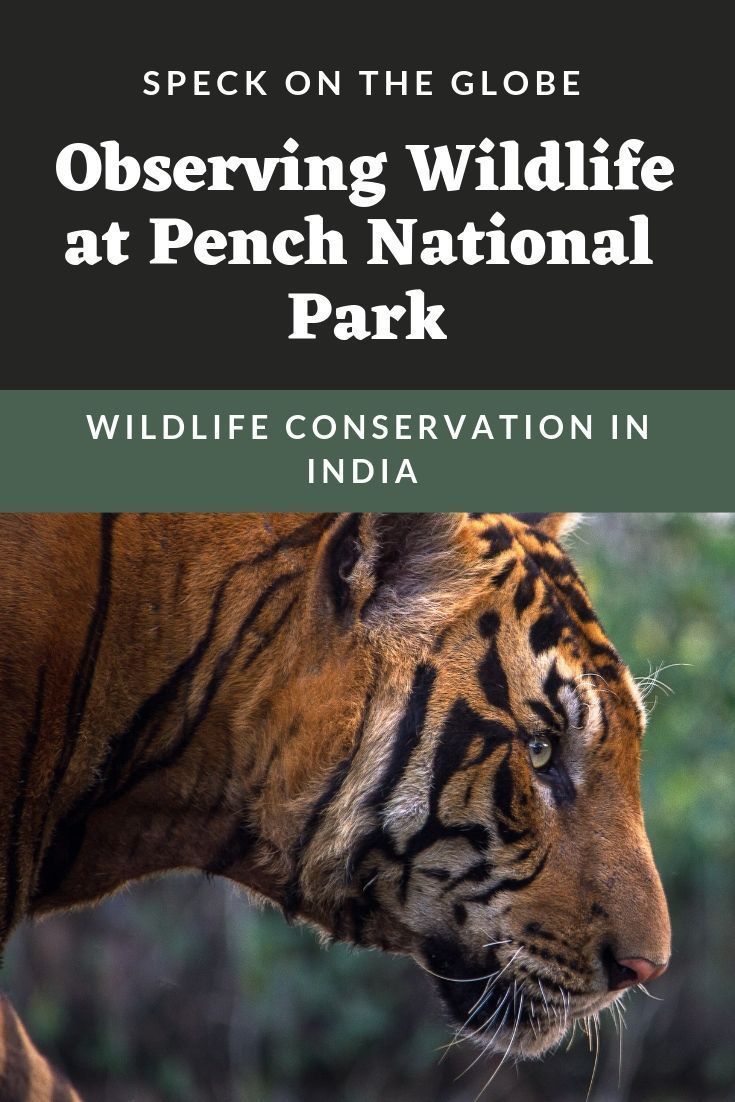 The government has allocated 130 crores for the project, to protect around 200 snow leopards in the Trans and Greater Himalayan Region. It categorises numerous species into different groups. This is a centrally sponsored scheme of the Ministry of Environment and Forests. Forests are also home to millions of species of plants, insects, amphibians, reptiles, birds and mammals. While efforts are being taken by the government towards wildlife conservation, it is important for the general public and businesses to adopt more sustainable means, in order to prevent further damage to our ecosystems. The categorization is on the basis of the regularity of elephant movement, the size of the population, the area of habitats connected and the presence of other routes nearby. Legal Provisions for wildlife Conservation Efforts in India In India, various laws provide for the conservation of wildlife, as well as overall biodiversity. 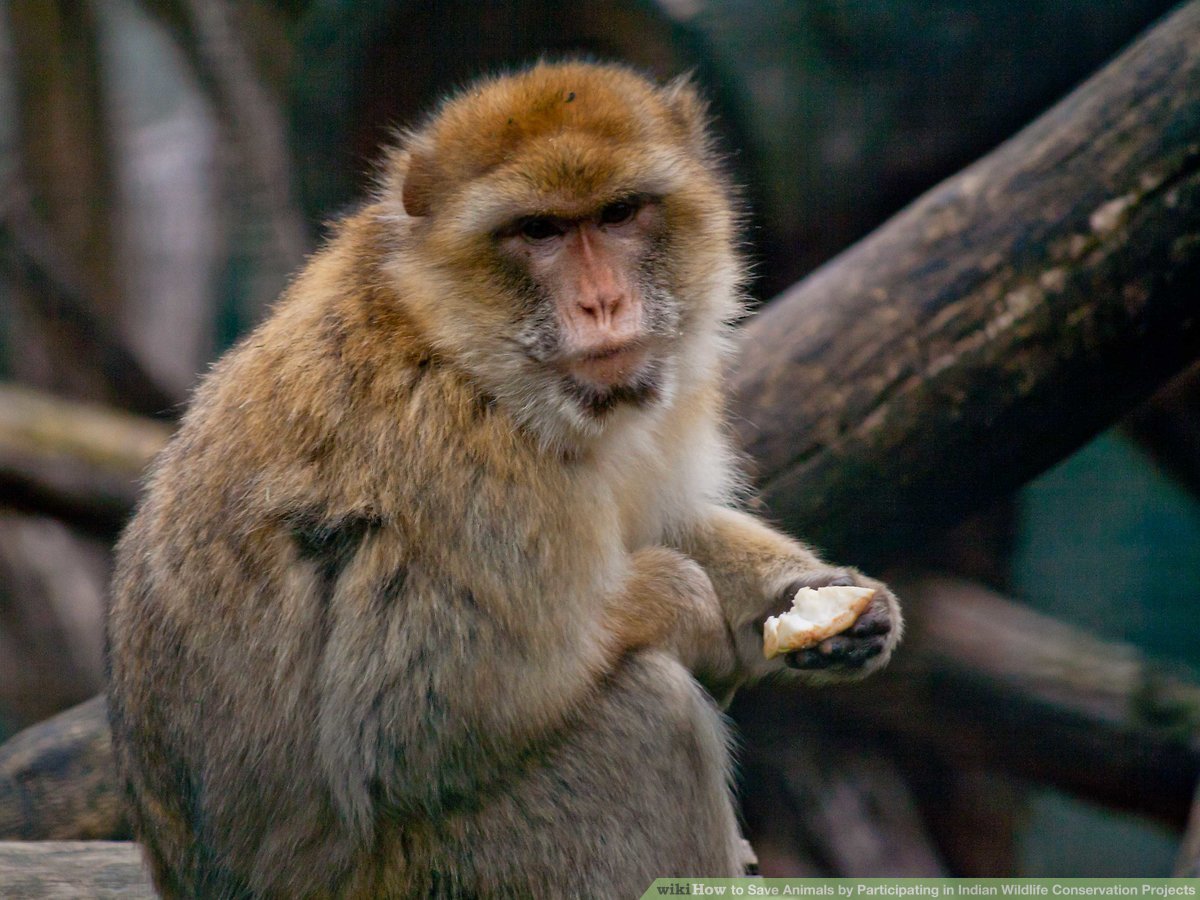 Although the state government passed an order in 2005 to relocate the sheep, it continued to exist because the successive regimes failed to find a place for relocation. As per the census of 2008, their population was approximately 160. To protect wildlife, many international organizations and countries at the national level make efforts for wildlife conservation. Further, there was no local participation of the people in the project. For instance: wildlife sanctuary. This is to ensure that future generations have access to these resources. WWF-India installed around 13 Predator Proof Corral Pens which positively impacted the families living in 13 villages of Ladakh. 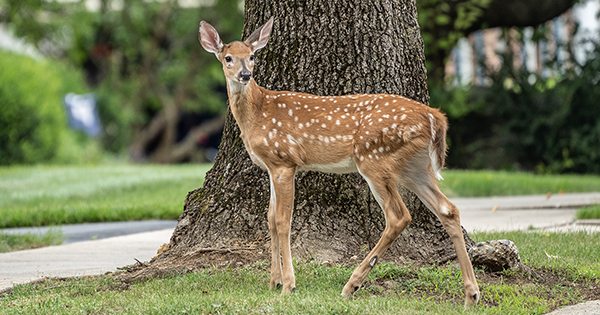 Watching wildlife documentaries Whenever we get bored, we start watching wildlife documentaries where we learn thousands of things about survival and it relaxes our minds. Cobra venom, for example, is required for the production of leprosy medicine. To address various challenges related to large scale image data generation over clouds, recently we have studied the new approach called outsourced image recovery service OIRS architecture, which exploits different domain technologies and takes efficiency, security and design complexity into consideration from the very beginning of the service flow. The Gujjars, Bakerwals, Nambardars, Chowkidars and Patwaris were not actively involved in it. The objectives of the program are to measure the rate of illegal poaching of elephants, to determine factors responsible for changes in the elephant population, and collection of data on a monthly basis from all MIKE sites. Many of the medicines such as aspirin, penicillin, quinine, morphine and vincristine have been derived from uncultivated plants. 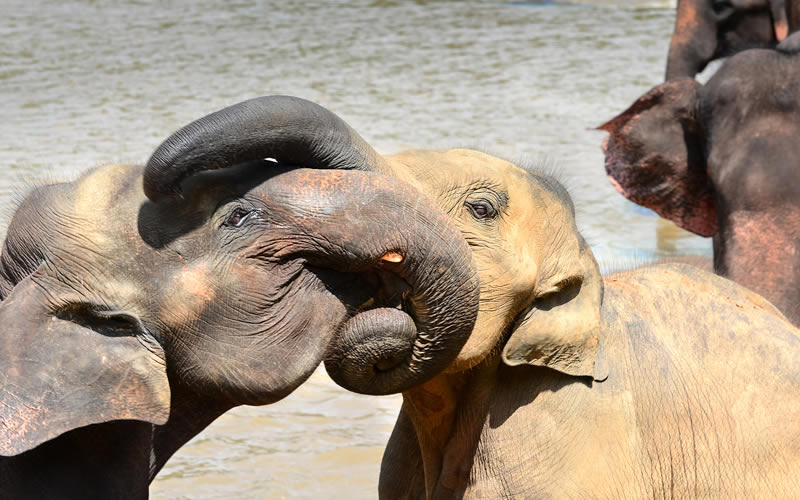 Project Snow Leopard launched in 2009, aims to promote inclusivity and a participatory approach to the conservation of the species. Â The acts of poaching, killing, maiming, etc. These species include turtles, Gangetic dolphins, lizards and others. Resultantly, a nation-wideTiger Censuswas conducted in 1972 to estimate the population of tigers. Plans were made to breed them in captivity so as to increase their chances of survival. He was allegedly involved in 57 wildlife cases between 1974 and 2005. 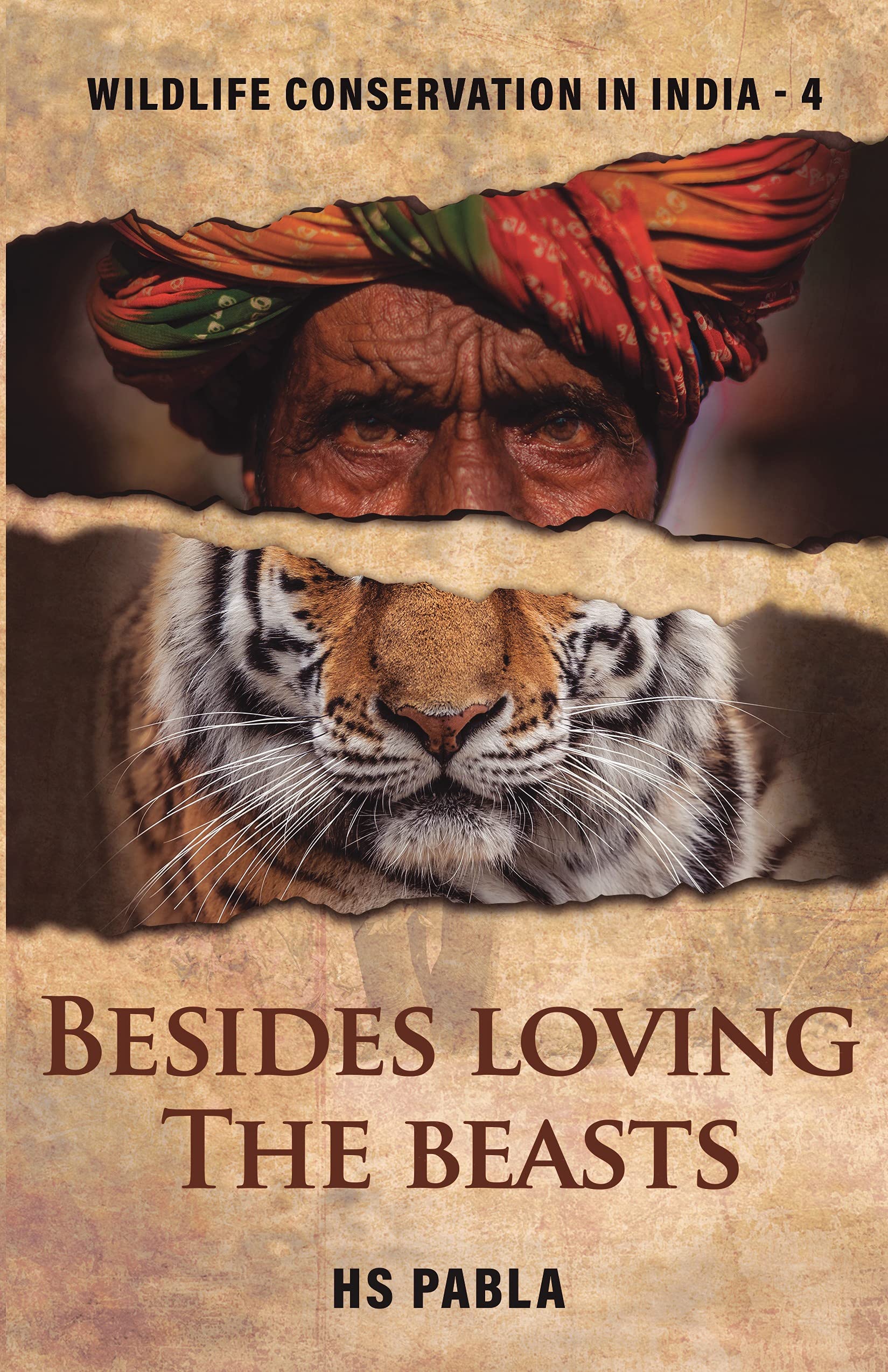 Why Wildlife Conservation Here are some more benefits of wildlife conservation. The Wildlife Protection Act of 1972 included it in Schedule I. The major threat to these corridors is the loss of habitat due to fragmentation of forests and other protected areas. Today, almost all the wildlife authorities across different countries are facing illicit acts of poaching and killing of animals by smugglers for animal skins, tusks and horns. By 1994, it had increased by 32% to 2,206 birds. In simple words, we can say that wildlife is the species of plants and animals live in natural habitat or the undomesticated animals live in natural habitat forest.

(PDF) Nature of offences for Wildlife Conservation in India 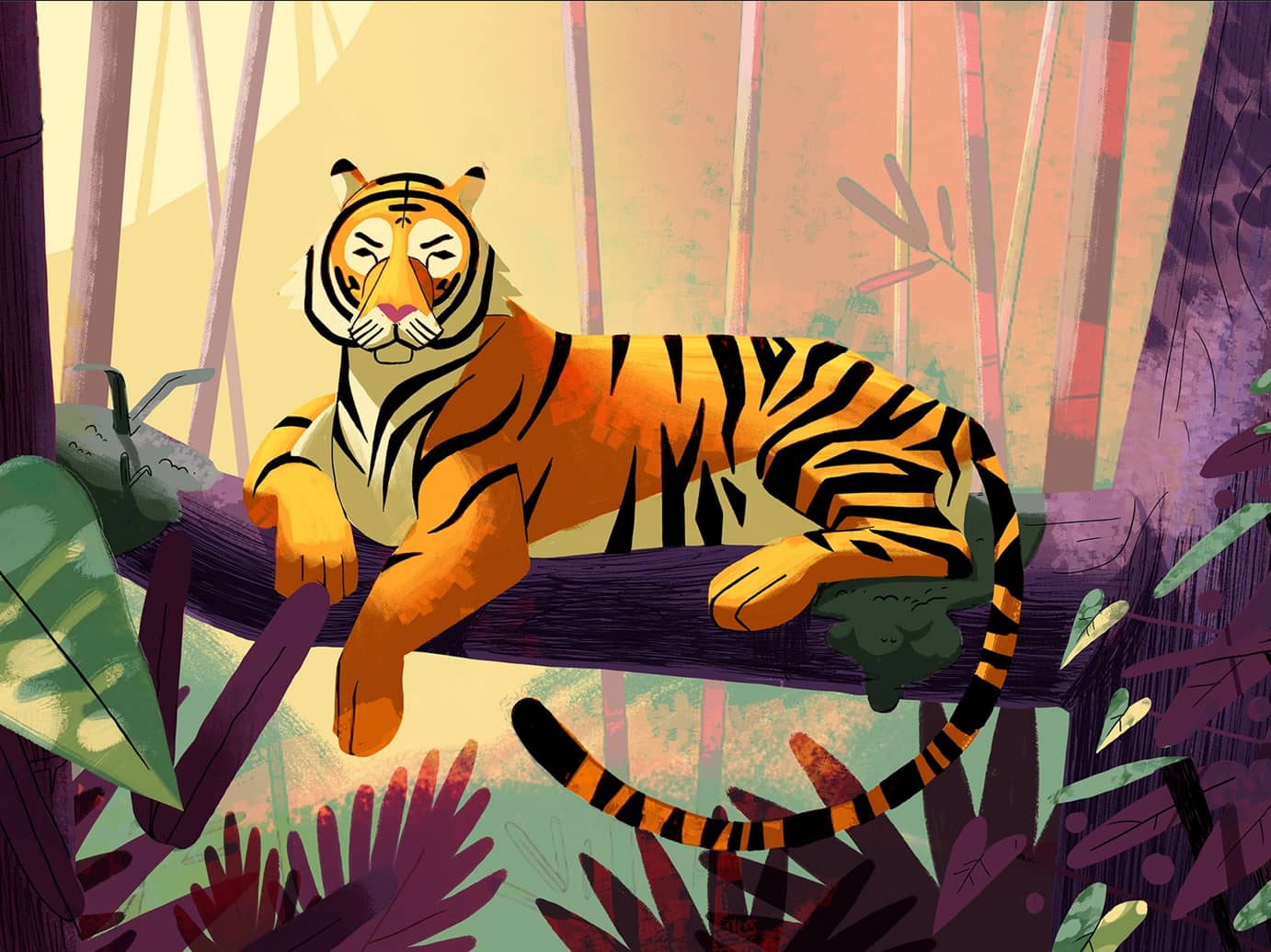 It has a crucial role in balancing the environment. Currently, the serious threats to the Gharial population are the increased disruptions of the river bank, especially due to sand mining and boulder removal. The Tiger and Other Endangered Species Crime Control Bureau has also been established under Section 38Z of the Act. The tiger population has plummeted in recent decades, and the National Tiger Conservation Authority got established for this purpose. When other persons those who has to met to the main high profile persons, they are switched on the door switches. In this article, the conservation projects which have been implemented in India are discussed. The practice of safeguarding animal species and their habitats is known as wildlife conservation, and it encompasses both the animals and their Generally, we utilise wildlife conservation to protect species on the verge of extinction due to manmade causes.

4 native species of India that need conservation efforts by 2023

When there are no animals, there would be no forests and no forests means soil erosion, warm weather, drying up of lakes and rivers, no rains and hence, no crops and vegetation. This helps in predicting how wildlife will react to current and future environmental changes. Because, biodiversity directly impacts human lives in big ways, the flora and fauna need to be protected and that is why wildlife conservation efforts become so much important. We take our food from nature, and it is important to make the balance in nature to save our food. This led to the creation of the Tiger Task Force. In simple words, it means all the plants and animals that live in the natural habitat will be considered our wildlife. 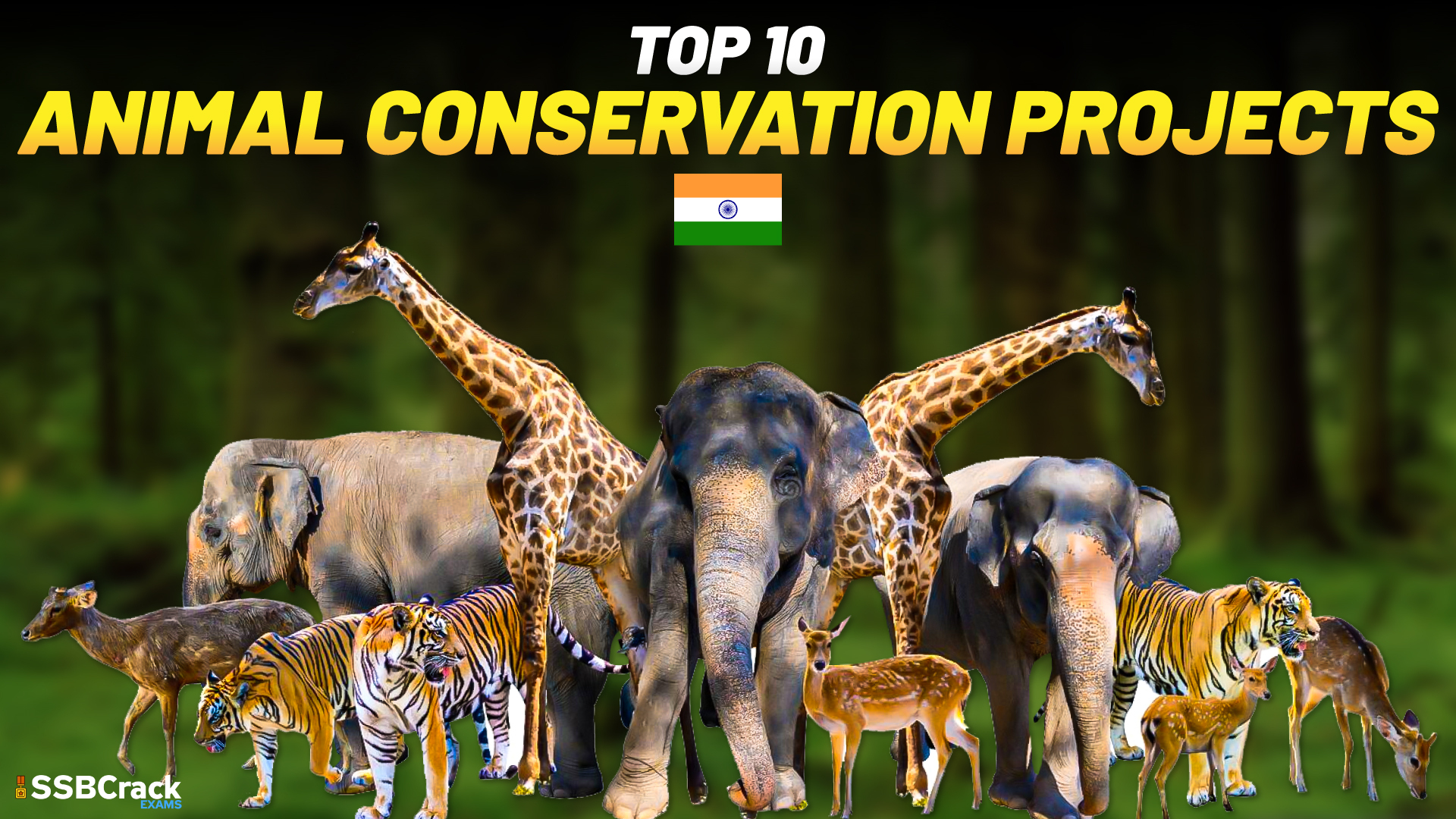 It is primarily governed under the Wildlife Act, 1972 itself. Artificial habitats were created and natural ones were protected in sanctuaries to allow success of breeding programmes. Conclusion It can be concluded that the conservation of wildlife is important to maintain stability in the ecosystem. India has over 27,000 elephants spread over 26 elephant reserves but only 65% of the elephant corridors are in protected areas. Legal Provisions governing wildlife in India In the Constitution of India, 1950 underArticle 51A g , it is a fundamental duty of the citizens to protect wildlife and have compassion for living creatures. 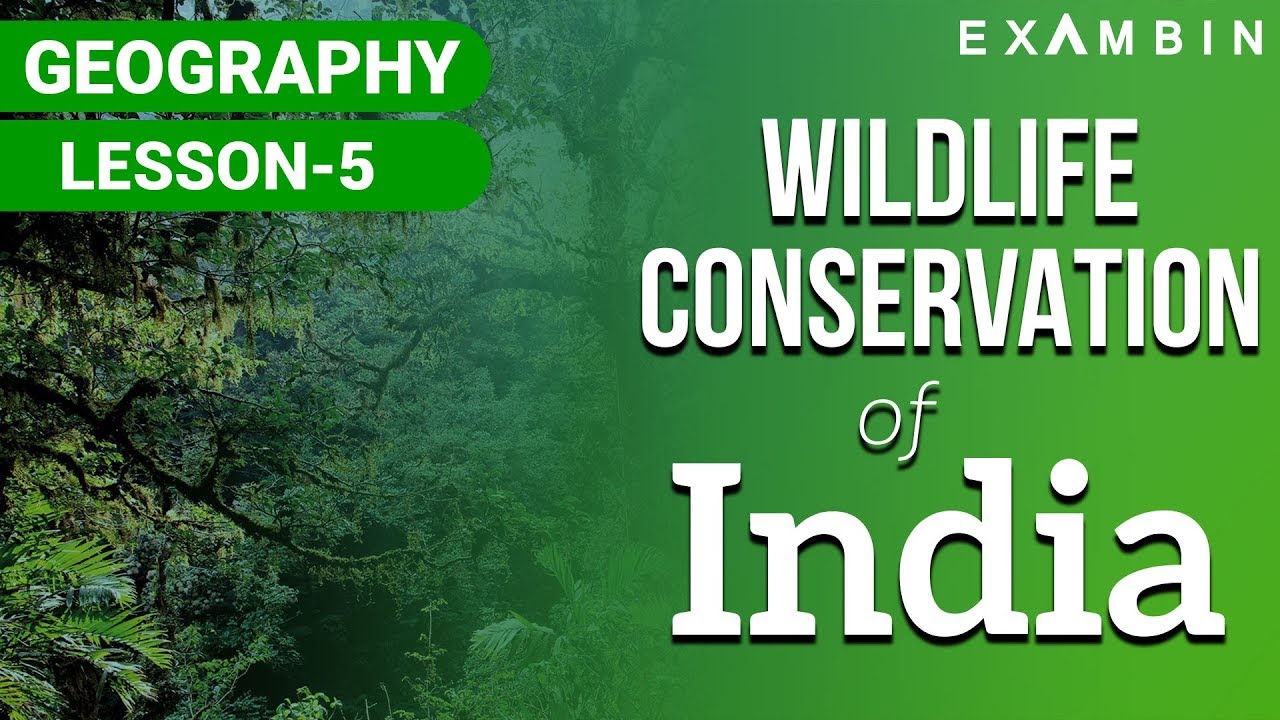 The famous case of Veerappan also highlights the extent of wildlife crime. We are not related to the any Govenment Body in any way. Â Project Elephant Project Elephant was launched in 1992 and is a centrally sponsored scheme. For the research of new plants The main point for the protection of wildlife is that we can research new plants and trees. This is because the elephants have a habit of constantly foraging for food and water, and they are threatened due to habitat loss, degradation or shrinkage. This involves the use of technology such as camera traps and scientific surveys. It is placed in the Vulnerable category on the IUCN list.

Â The objective of this project is to protect the remaining population of the species, to promote research which would help in improving management, to promote the rebuilding of their habitat and to encourage local public participation. In 2011, it debuted in Paro, Bhutan. It is launched in Paro, Bhutan in 2011. Today, citizens are willing to get the required services at their doorstep fast. The acts of poaching, killing, maiming, etc. All her progeny were males, which necessitated cloning by NDRI in Karnal. This story will be updated when they respond.