The Mannerist movement, also known as Late Renaissance, was a cultural and artistic movement that flourished in Europe during the 16th century. It followed the High Renaissance, which was characterized by a focus on classical ideals, balance, and harmony. Mannerism, on the other hand, was characterized by a more individualistic and expressive style that rejected these classical ideals in favor of expressive and ornate forms.

Mannerism originated in Italy, particularly in Rome and Florence, and spread throughout Europe, including France, Spain, and the Netherlands. It was a reaction against the rigid formalism of the High Renaissance and sought to break free from its constraints. Mannerist artists were interested in exploring the limits of their medium and pushing the boundaries of traditional forms.

One of the defining characteristics of Mannerist art was its use of elongated and distorted figures. The bodies of Mannerist figures were often elongated, with exaggerated limbs and twisted poses. This was done to create a sense of tension and movement, and to convey a sense of emotional or psychological intensity. Mannerist paintings often featured complex and crowded compositions, with multiple figures and elements vying for attention.

In addition to elongated figures, Mannerist art was also characterized by its use of complex and ornate decorative elements. Mannerist artists were interested in using intricate patterns and details to create a sense of opulence and grandeur. This was often achieved through the use of gold leaf, ornate frames, and elaborate patterns and designs.

Mannerism was also marked by a fascination with the exotic and the unusual. Mannerist artists often incorporated elements from non-European cultures, such as exotic animals, foreign costumes, and unusual landscapes. This interest in the exotic was part of a larger trend during the Renaissance of exploring and documenting the wider world, and it reflected the increasing global interconnectedness of the time.

Despite its popularity during the 16th century, Mannerism was eventually replaced by the Baroque movement, which emerged in the 17th century. The Baroque style was characterized by a more dramatic and theatrical approach, with a focus on grandeur and opulence. However, the legacy of Mannerism can still be seen in the work of many modern artists, who have drawn inspiration from its expressive and ornate style.

In conclusion, the Mannerist movement was a significant cultural and artistic movement that emerged during the 16th century and had a lasting impact on the development of European art. Its expressive and ornate style, marked by elongated figures and complex decorative elements, continues to inspire artists to this day. 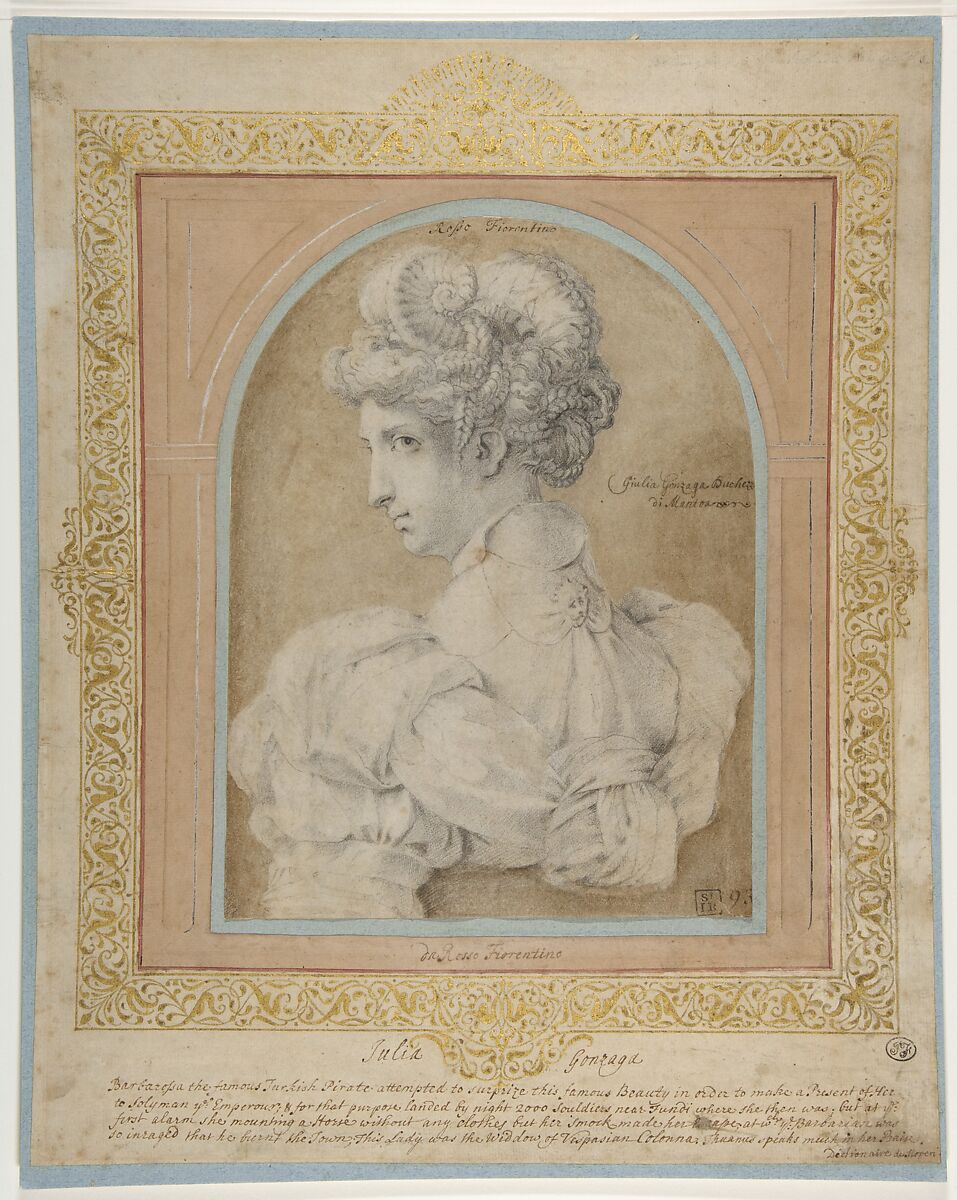 By 1915, he was gravely ill with cancer. Outstanding Dissertations in Music from British Universities. Nonetheless, the young artist was aware of the Venetian art of his day, and his work was influenced by Titian's color palette, as well as the prints of Albrecht Dürer. Rosso went on to lead the First School of Fontainebleau, which influenced the development of Northern Mannerism. Notable Artists: Chuck Close, Ralph Goings, Richard Estes, Audrey Flack Conceptual Art 1960s-Current A Wall Divided Vertically into Fifteen Equal Parts, Each with a Different Line Direction and Color, and All Combinations by Sol LeWitt, 1970, Tate Conceptual Art was a movement that prioritized the idea behind the artwork above its aesthetic value or composition. The painting has also been a cultural presence, referenced in novels by Iris Murdoch and Robertson Davies, in Yasuko Aoike's manga From Eroica with Love 1976-2010 , and Lina Wertmüller's film Seven Beauties 1975. In 1895 Waterhouse was elected to the status of full Academician. As a whole, Mannerist painting tends to be more artificial and less naturalistic than Renaissance painting. What was the Mannerist style? It has been recognized as one of the most influential periods in western history, setting the stage for many facets of modern art. I Want You and its companion, Ware's Musical Massage, are the pre-eminent early disco concept albums. The movement was a reaction to the High Renaissance. Pontormo was born in Empoli, Italy. Perhaps, no other work has so come to characterize the Mannerist approach, as the artist pulled out all the stops in creating an unorthodox treatment of space and the figure. 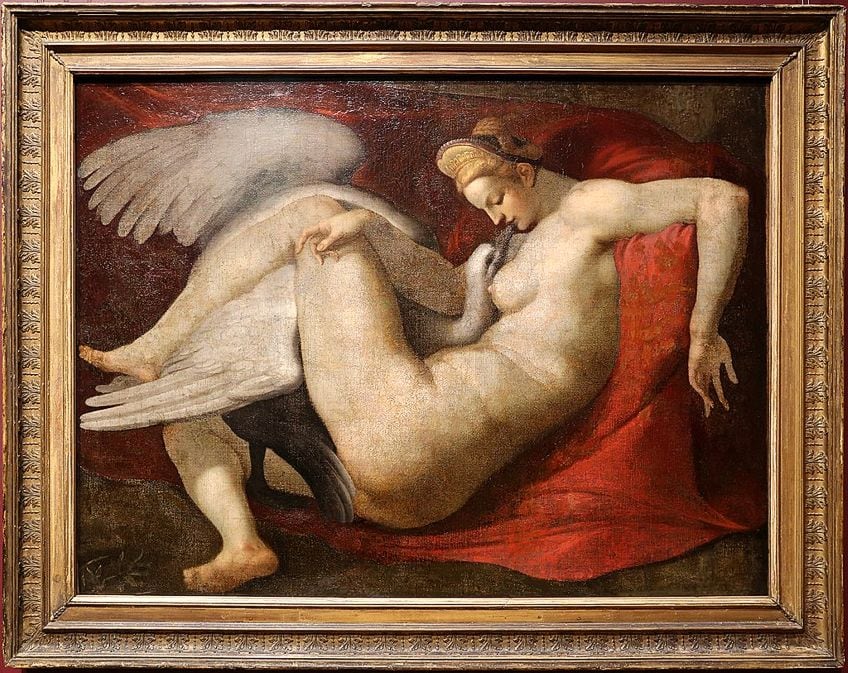 Collaborative projects with landscape designers, architects, and landscape architects expanded the outdoor site and contextual integration. The different orders each required different sets of details. Dell'Abbate was particularly known for his mythological paintings, like the Rape of Proserpine 1552-1570 , which combined the nude and landscape genres that had been popularized by The Venetian School. In 1534 this work was commissioned for Francesco Tagliaferri's funerary chapel in Parma but left incomplete in 1540 when the artist died. According to the Catechism: In the liturgy of the New Covenant every liturgical action, especially the celebration of the Eucharist and the sacraments, is an encounter between Christ and the Church. John's Wood Art School, joined the St John's Wood Arts Club, and served on the Royal Academy Council. This notion of projecting a deeply subjective view as superseding nature or established principles perspective, for example , in essence, the emphasis away from the object to its subject, now emphasizing execution, displays of virtuosity, or unique techniques. 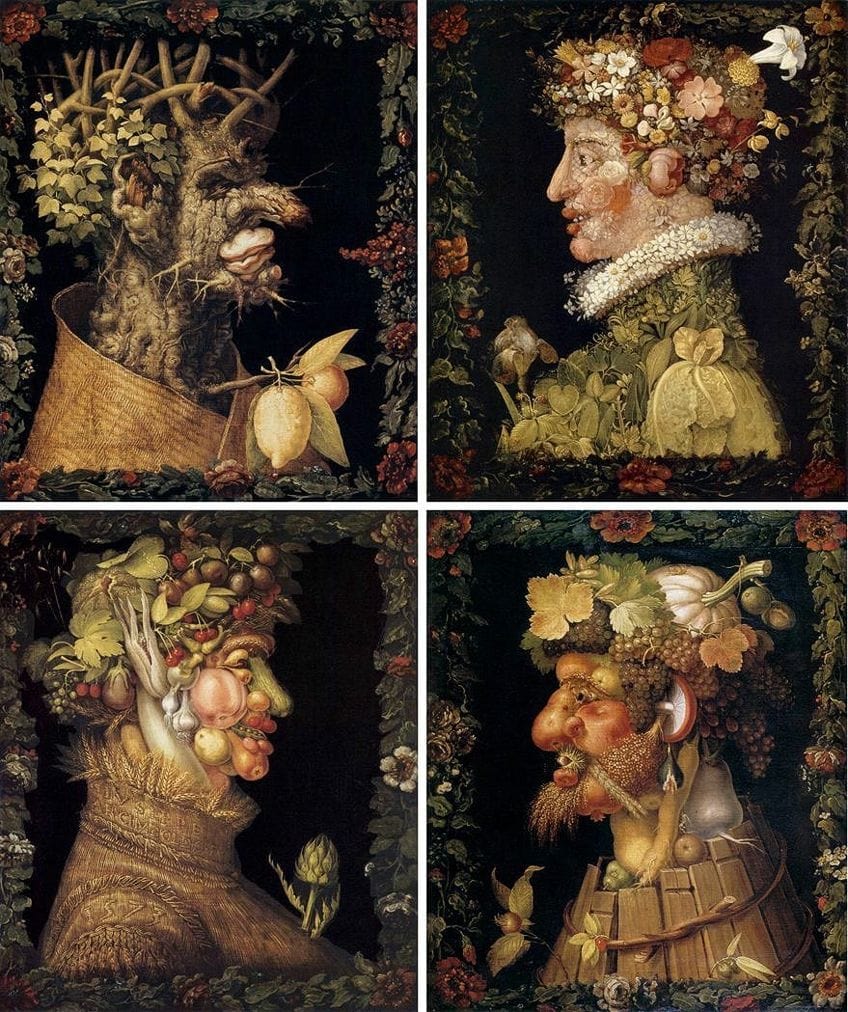 Oil on panel - The Uffizi Gallery, Florence c. The Antiquities of Athens 1794. It functions as a link between the ideal elegance of Renaissance art and the histrionic staginess of the Baroque, which adopted the subset's decorative visual and modified it as an indulgence. Its influence on the artist can be seen in both his sculptures such as Dying Slave 1513-1516 as well as his painting of various figures in the Sistine Chapel ceiling 1508-1512 , as he turned toward a Mannerist treatment. This multiplicity of view, lacking one central frontal view, was a radical innovation. The Biblical account leaves out any information about the identity of the couple married at Cana and emphasizes only the miracle at his mother's request. It portrays a twirl of tormented and anguished figures as they bring down the lifeless body of Christ. 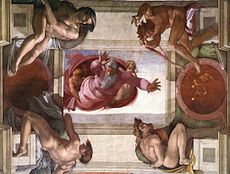 Notable Artists: Pablo Picasso , Georges Braque , Juan Gris, Jean Metzinger Futurism 1909-40s Unique Forms of Continuity in Space by Umberto Boccioni , 1913; cast 1972, Tate Futurism was a social and artistic movement that originated in Italy during the early 20th century. At the apex of the Pantheon's dome is an opening, 8 meters across. As a result, the treatment of space and the figure became less rational, compressing a number of figures into one flattened plane, creating bizarre or complex architectural settings, the frame and the picture blurring into one decorative effect. Notable Artists: Gustave Courbet, Jean François Millet , Edward Hopper, Édouard Manet Impressionism 1865-85 The Boulevard Montmartre at Night by Camille Pissarro , 1897, The National Gallery, London Impressionism was an art movement that developed in mid-19th-century France. The artist was now no longer just a trained member of a local Guild of St Luke. He is also known as the painter of decorator of the ceiling of the Sistine Chapel. Characterized by the fragmentation of traditional perspective and the use of geometric shapes, Cubism challenged precedent artistic techniques and introduced a new type of representation.

Pediments of the Parthenon

He began to draw inspiration from classical and romantic literature, painting scenes from Greek mythology, and the Arthurian cycle. Mannerism is an artistic style and movement that developed in Europe from the later years of the Italian Additionally, the virtuosity, the technical artificiality over the composition and the exaggerated representation of moods and intense subjects of Mannerism reflected the Italian and European historical and social period of the 16th century. The capitals of columns were never more exciting than in this period, when they were often carved with complete scenes with several figures. This is among the well-known and significant Mannerist monuments illustrating the brutal struggle amid three undressed figures; a Roman male, a naked woman, and an elderly gentleman underneath the Roman man crouching in fright. Alicia Craig Faxon; Kathleen Lucey Russo eds.

Originally the work was commissioned by Cardinal Ippolito d'Este, who declined the project but presented the model to Francis I. It utilized a variety of mediums including painting, collage, poetry, and sculpture. Slender, elongated limbs, splayed, twisting and turning bodies, contradicting all the traditional laws of proportion, are a characteristic of Mannerism. It is most often attributed to The myth of the birth of Athena, reported to compose the East pediment by Pausanias, is repeated also in the East pediment of the contemporary Attic temple nearby of the Hephaisteion. The Surrealist Salvador Dalí cast a number of sculptures referencing Cellini's statue, from small works created in series, to large statues like the one displayed on the Avenida del Mar in Marbella, Spain. In 1539 Bronzino was commissioned by Cosimo I de' Medici to design the lavish decorations for the Duke's marriage to Eleanora di Toledo.

What is Mannerism in Art? His pale form, limp arms, and closed eyes create a disconcerting effect reminiscent of a woeful Pietà. At the sumptuous Church of Santissima Annunziata, enter in the door on the left of the church, cross the Cloister of the Dead, and you will find towards the far, left-hand corner a small unassuming door. Below is a comprehensive list of the 30 most prominent art movements in western art history, explanations of their contexts, and their most important artists. As the School was also known for its printmaking, most of its artworks and designs were disseminated in prints that reached a wide audience throughout Europe. How was Michelangelo a Mannerist? After the death of Raphael and Leonardo, young artists worked focusing on the new course deprived of pretense to emulate nature but in its place turned against the outmoded artistic norm, which was the birth of Mannerism. It incorporates elements of fantasy, distortion, and dynamism.

I Want You (Marvin Gaye album)

. The deposition of the cross shows the movement when the body of Christ is removed from the cross for burial. Reveron, Jeffrey Stevenson Murer 2013. Jacopo da Pontormo and Rosso Fiorentino were the earliest Mannerists in Florence. New York: Harcourt Brace Jovanovich. The unusual color palette in the painting, extended figures in contorted postures, and its formation of an idealistic pictorial space make it fit in the movement.