Don Quixote is a novel written by Miguel de Cervantes in the early 17th century. It tells the story of a man named Alonso Quixano who becomes so enamored with the stories of knights and chivalry that he decides to become a knight-errant himself, taking the name Don Quixote. He sets out on a series of adventures, accompanied by his loyal squire, Sancho Panza, and accompanied by his horse, Rocinante.

One of the most striking aspects of Don Quixote is the way in which Cervantes uses the character of Quixote to satirize the romanticized ideals of chivalry and the social and cultural values of his time. Quixote's adventures are marked by absurdity and absurdity, as he mistakes windmills for giants and flocks of sheep for armies. His delusions of grandeur and his inability to distinguish between reality and the stories he has read lead him to engage in ridiculous and often dangerous activities, such as tilting at windmills and attacking inns.

Despite his delusions, however, Quixote is a deeply sympathetic and likable character. He is driven by a sense of honor and duty, and his adherence to the code of chivalry, no matter how absurd it may seem to those around him, is admirable. His loyalty to his friends and his determination to right wrongs and defend the weak are also admirable qualities.

One of the themes of the novel is the idea of illusion versus reality. Quixote is unable to distinguish between the two, and this leads to much of the humor and tragedy of the novel. His delusions cause him to act in ways that are ridiculous and often dangerous, but they also inspire those around him to see the world in a different light and to question their own preconceptions and assumptions.

Another theme is the idea of the individual versus society. Quixote's actions and beliefs are in direct opposition to the values and norms of his society, and he is often ridiculed and ostracized because of this. However, his determination to live by his own code and to follow his own path, no matter the cost, is a powerful statement about the importance of individuality and the right to be true to oneself.

In conclusion, Don Quixote is a complex and layered novel that uses the character of Quixote to explore themes of illusion versus reality, the individual versus society, and the importance of being true to oneself. Its enduring popularity and influence are testament to Cervantes' skill as a writer and his ability to create a memorable and enduring character in Quixote.

Critical Survey Of Long Fiction. Though the Don valiantly strives to carry his Golden Age ideals into the corrupt world of modernity, embodying the virtues of bravery, respect, justice, politeness, loyalty and reverence for God and others, Cervantes must make such outdated ideals a sign of madness. The two next encounter two Benedictine friars travelling on the road ahead of a lady in a carriage. Don't use plagiarized sources. Don Quixote is given a bed in a former hayloft, and Sancho sleeps on the rug next to the bed; they share the loft with a carrier. Valencia: Department of Applied Mathematics, PDF from the original on 18 July 2011. 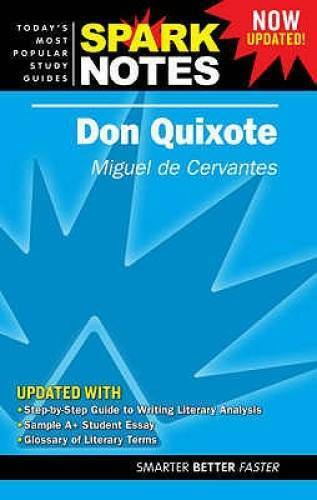 I think I made it as far as the third chapter. Contradictions This mingling of real chivalry and transcendent ideals with the absurdity of character and mad action creates the tensions in the book as well as its strange melancholy beauty and haunting poignancy. Don Quixote is a middle-aged gentleman from the region of La Mancha in central Spain. Therefore, the trivial fact that a poor Hidalgo loses his reason for one cause or another is of little importance. They treat him as a knight, not as a mad old fool; he treats them as ladies, and they behave as ladies. 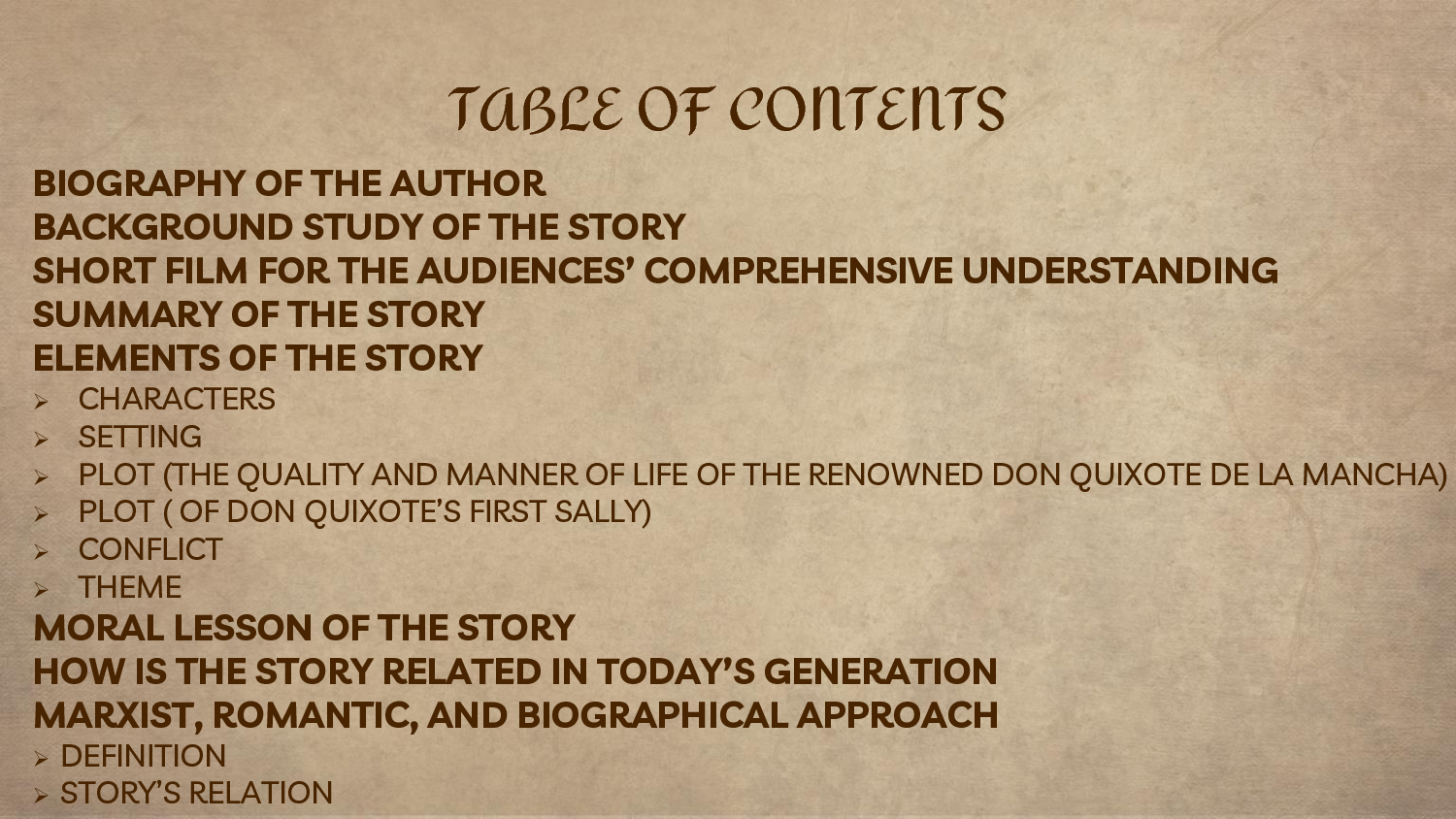 Dialogue had not played a significant or defining role in fiction before Don Quixote de la Mancha. Anselmo searches for them in vain before learning from a stranger of his wife's affair. Considerations of general morality thus become intermingled with the psychological and aesthetic experience of each individual reader in a way that vastly stimulated the development of the literary genre later known as the novel, and Fielding, Dickens, Flaubert, Stendhal, Dostoyevsky, and many others have thus been inspired by Cervantes. The neighbor insists that they return to their home and that he stay home for one year. Don Quixote does not die, for the elderly gentleman regains his wits and becomes a new character. Introduction to The Portable Cervantes. The scene of the book burning gives an excellent list of Cervantes' likes and dislikes about literature. 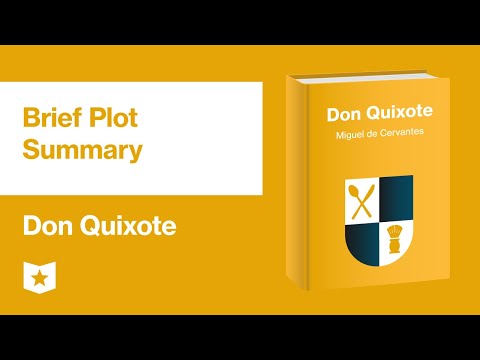 Cervantes was friend of the family Villaseñor, which was involved in a combat with Francisco de Acuña. Translators such as Don Quixote, alongside its many translations, has also provided a number of idioms and expressions within the English language. Spain stood proud as a Catholic nation, resisting any changes. Romances of chivalry could now attain a significance beyond that of mere books and could become what people felt or thought about them, thus growing to be the very dynamic functioning of living persons. Apart from the personal relations Cervantes maintained within the medical field, Cervantes' personal life was defined by an interest in medicine. Don Quixote finally recognizes that romances of chivalry are mere lying inventions, but upon recovering the clarity of his mind, he loses his life. 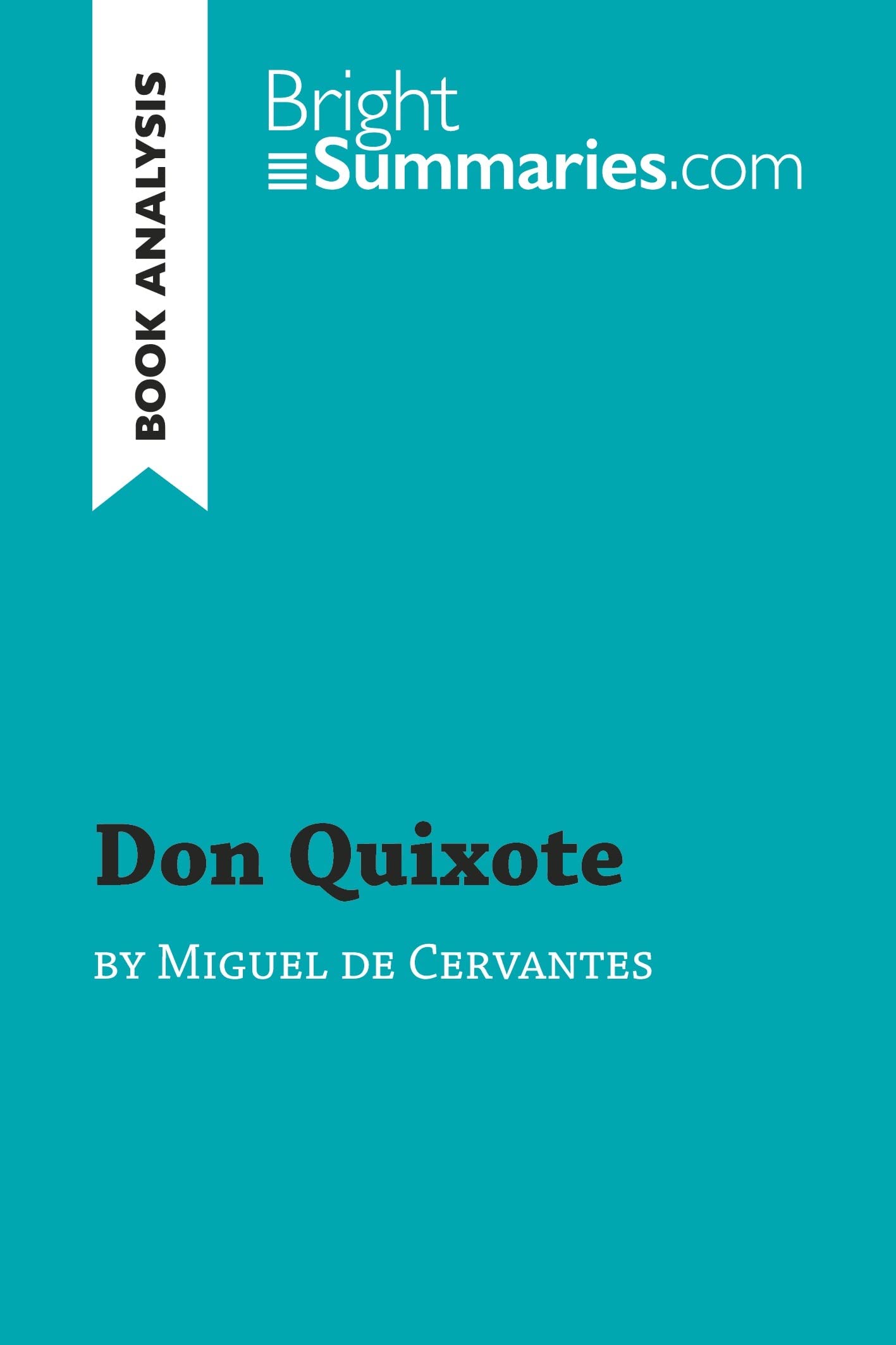 The Renaissance Era that Cervantes lived in was the age of logic and reason and a lot of people started to question the religious ideals they had followed for so long. As the two embark on their journey, Sancho lies to Don Quixote, telling him that an evil enchanter has transformed Dulcinea into a peasant girl. To live, for Cervantes, is to let loose the extensive capacity of all that is human; it may also be to remain deaf and inert before the attractions of love, faith, and enthusiasm. Having been waiting for Maritornes and seeing her held while trying to get free the carrier attacks Don Quixote ". Epilogue: Don Quixote arrives home, exhausted from his journey and his theme emerges again from the cello in a pitiful cry. 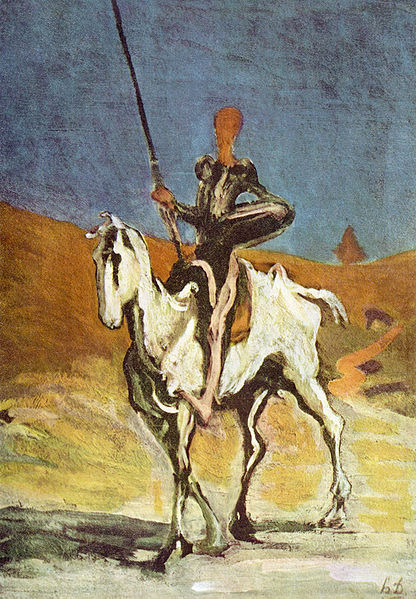 Before his death he recalls his life re-cap of the initial opening themes depicting the central character and then dies as the solo cello descends into its lowest register playing a final sigh and gasp at the final cadence. In this last-named work the author returns to the theme of the Byzantine novel and relates the ideal love and unbelievable vicissitudes of a couple who, starting from the Arctic regions, arrive in Rome, where they find a happy ending for their complicated adventures. Some want him to revert to his condition of a peaceful and sedentary Hidalgo; others would like him to keep on amusing or stupefying people with his deeds, insane and wise at the same time. Cervantes's "Republic": On Representation, Imitation, and Unreason. He initially looks inward, into the chivalric world where large looming things are always fearsome giants, but the blows of reality force him to look outward. He gave the book to the deputy clerk, who held it while Sanchez raised his right hand. Sancho, however, remains and ends up wrapped in a blanket and tossed up in the air blanketed by several mischievous guests at the inn, something that is often mentioned over the rest of the novel. . Why did he decided to be a knight? But at this point, his friends and family are worried about him and are trailing closely at him. Fighting Windmills: Encounters with Don Quixote. They spend the night in a forest, where Don Quixote makes his new lance from a branch. Retrieved 5 July 2019. Before Don Quixote, many collections of sayings and proverbs had been published, but when Sancho interspersed these proverbs helter-skelter in his conversation and thus brought his master to despair, the proverbs became the living experiences which Sancho and Don Quixote derived from them. 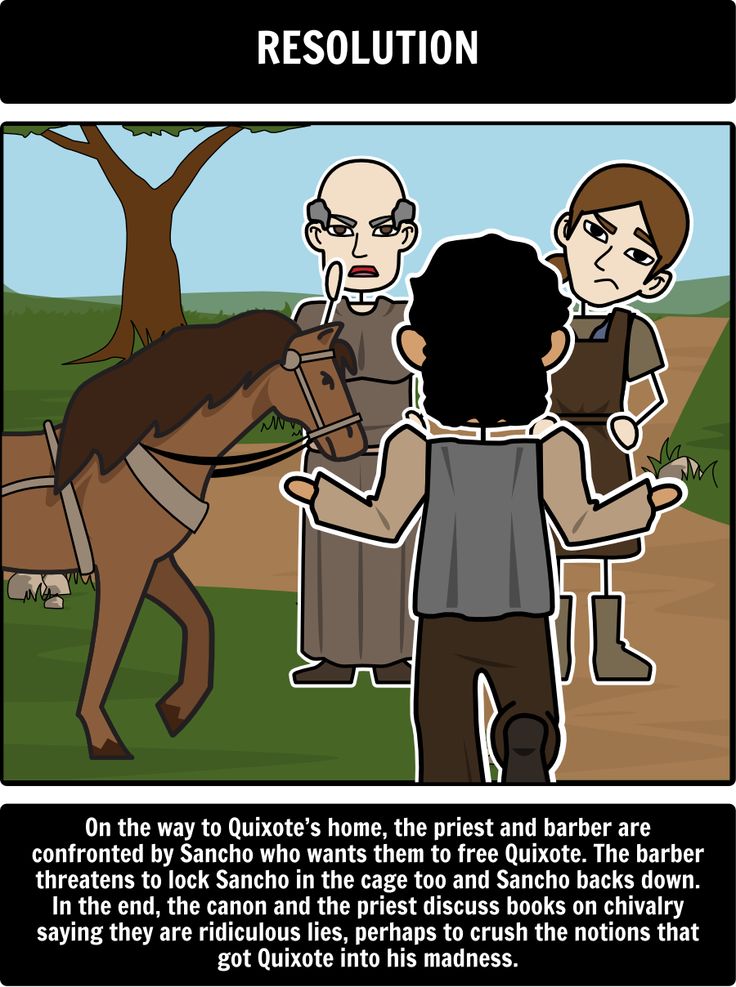 It was in my car in case he was serious, which he turned out to be, so I retrieved it. Anselmo tells Camilla that this is to happen, and Camilla expects that her affair is to be revealed. Don Quixote makes to the other world and somehow meets his fictional characters, at return reversing the timestamp of the usual event and with a possible apocryphal example. This point can be further illustrated by taking proverbs as an example. He believes her to be real, although she is a figment of his imagination. Once again, Don Quixote imagines the inn is a castle, although Sancho is not quite convinced. Don Quixote meets a Duke and Duchess who conspire to play tricks on him. 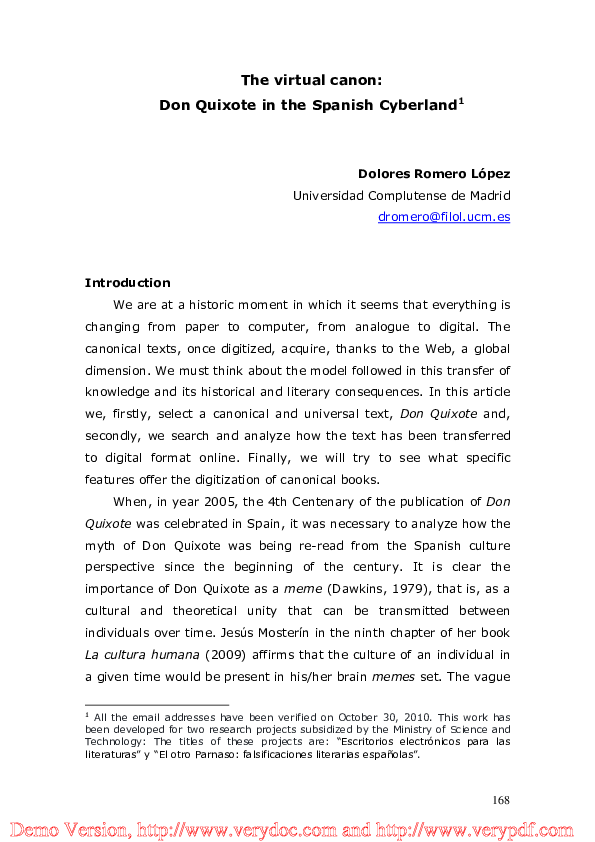 He must defeat the knight of the white moon or risk resignation from his chivalric adventures. He attacks amid chattering string tremolos and trills; shrieks from the winds brass with rapid flutter-tonguing, representing the screaming animals. New Haven: Yale University Press. One day, he read so much about knights that he decided to become one himself. According to Don Quixote, the police were holding the prisoners against their will, so he charged the police and the prisoners also joined him in the hope of being freed. Specialties include local government, arts and culture, people, places, local history, dining and changes to the local scene. Books Quixote is so obsessed with books of chivalric romances to the extent that he would sell off his personal belongings just to afford more of them. As he moved into place to take the oath of office, I discreetly made the handoff. Retrieved 18 January 2017. Don Quixote's usual and predictable kind of belief in this matter results in "Sancho, the rogue" having "nicely befooled" him into thinking he'd met Dulcinea controlled by enchantment, but delivered by Sancho. In 1614 a fake second part was published by a mysterious author under the pen name Avellaneda.