Dr. Maria Montessori was a pioneering Italian physician and educator who developed a revolutionary approach to education that is still widely practiced today. Born in 1870 in the town of Chiaravalle, Italy, Montessori was the first woman to receive a medical degree in Italy. Despite facing numerous challenges and discrimination as a woman in a male-dominated field, she dedicated her career to improving the lives and education of children, especially those from disadvantaged backgrounds.

Montessori's approach to education, known as the Montessori method, emphasizes the importance of a child's natural curiosity and desire to learn. She believed that children are naturally curious and eager to explore the world around them, and that the role of the teacher is to provide a rich and stimulating environment in which children can learn and grow at their own pace.

One of the key principles of the Montessori method is the concept of the "prepared environment," in which the classroom and materials are carefully designed to meet the needs and interests of the children. Montessori believed that children learn best through hands-on, experiential learning, and she developed a range of materials and activities that allow children to explore and discover on their own.

Another important aspect of the Montessori method is the emphasis on individualized learning. Rather than teaching to the group, Montessori believed that each child should be treated as an individual and allowed to learn at their own pace. This approach allows children to develop their own interests and passions, and encourages them to take ownership of their own learning.

Throughout her career, Montessori worked tirelessly to promote her ideas and establish her method of education. She founded the first Montessori school in Rome in 1907, and went on to establish schools and training centers around the world. Today, there are thousands of Montessori schools in more than 100 countries, and the Montessori method continues to be highly respected and influential in the field of education.

In addition to her work in education, Montessori was also a vocal advocate for women's rights and social justice. She believed in the importance of education as a means of promoting social progress and equality, and worked to establish schools and educational programs for disadvantaged children.

Dr. Maria Montessori's contributions to education and social justice have had a lasting impact and continue to be recognized and celebrated around the world. Her innovative approach to education has helped millions of children to develop their full potential and achieve success in life.

Her mother, Bronislava Sklodowska was the principle of an all-girls private school and her father, Wladislaw Sklodowki, was a physics and mathematics teacher at an all boys high school Borzendowski 4. The proposal "Kindergarten Classroom Design and Child Development" focuses on the critical analysis of the montessori pedagogy curriculum proposal and implementation plan for City West Los Angeles Kindergarten CWLAK. Her notes from this period became her first book, published that same year in Italy, which appeared in translation in the United States in 1912 as The Montessori Method, reaching second place on the U. This was called 'Casa Dei Bambini, means children's house. With the outbreak of war, as Italian citizens, Mario was interned, and Maria put under house arrest. To her amazement, she found these children could learn many things that had seemed impossible.

The Life and Work of Maria Montessori 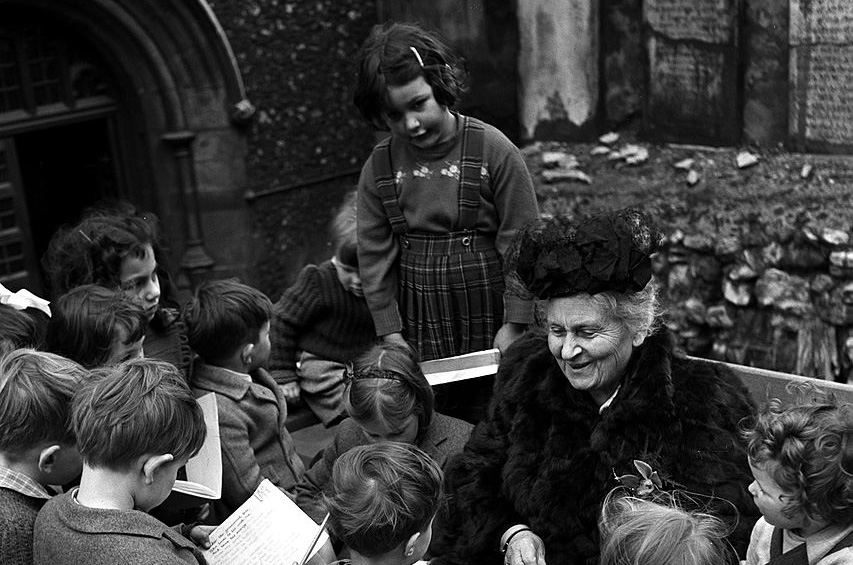 Montessori's ideas will never become obsolete. . Education not only helps an individual to learn but it also paves a way for questioning and exploring life. Her father, Alessandro Montessori worked for the Italian Ministry of Finance as an official in the state-run tobacco industry. He believed that in every stage of life individuals are striving to learn more so that they can exist in the society.

The Life of Maria Montessori 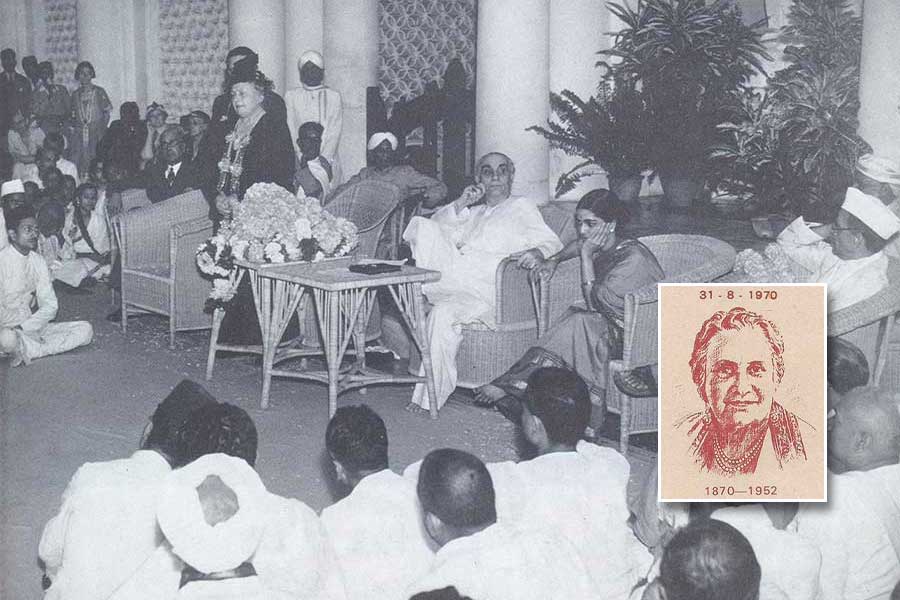 In 1898, she wrote several articles and spoke again at the First Pedagogical Conference of Turin, urging the creation of special classes and institutions for children with learning difficulties, as well as teacher training for their instructors. In order to understand the organization of the different modern educational systems, and higher education, in particular, an analysis of its roots is fundamental. . As opposed to traditional education in the United States where children do not have control over their future career, montessori education gives children an opportunity to make informed and constructive decisions on their future careers. . . As part of her duties, she visited children committed to the insane asylums.

Life and work of Maria Montessori

. It is because of this basic tenet, and the observation guidelines left by her, that Dr. . . Miro came from a family of artisans. The fact that Maria and Carter are separated seems to evoke feelings of helplessness for Maria. 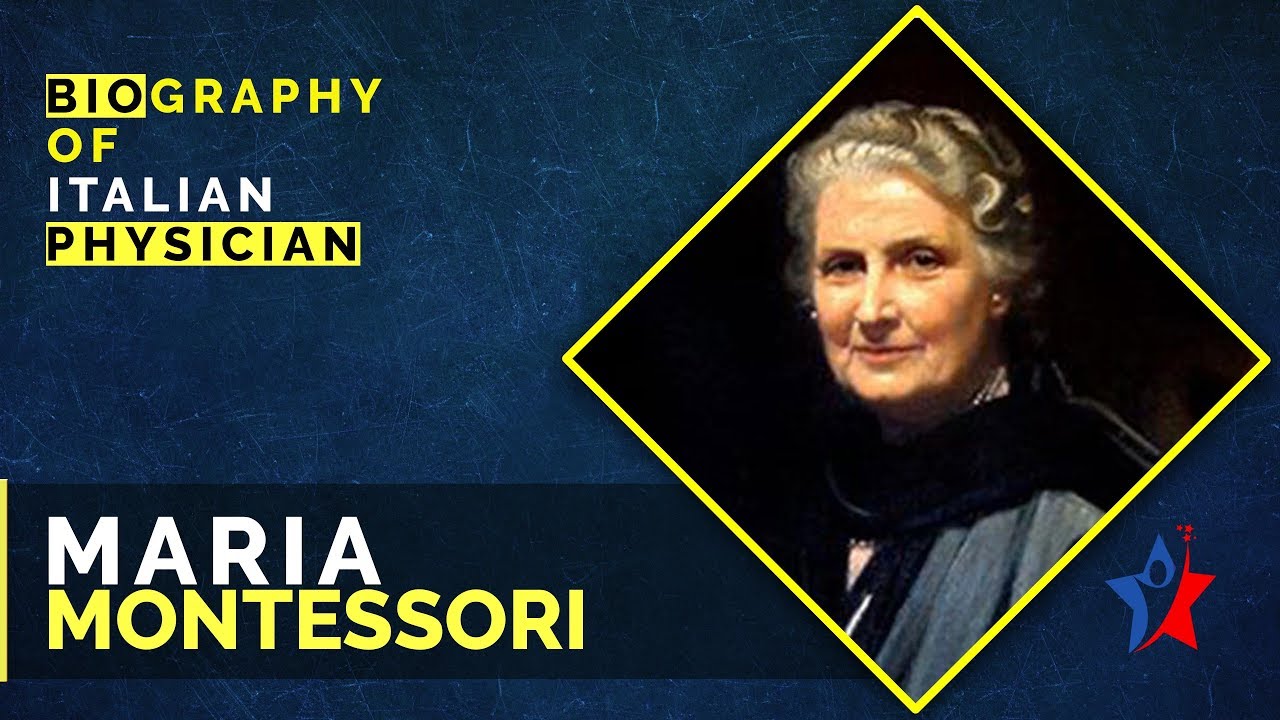 Maria Montessori has dedicated her life to the human being. A reporter covering the event asked her how her patients responded to a female doctor. . . Its influence is indirect, but unless it is well done there will be no effective and permanent results of any kind, physical, intellectual or spiritual.

Maria Montessori Her Life and Work 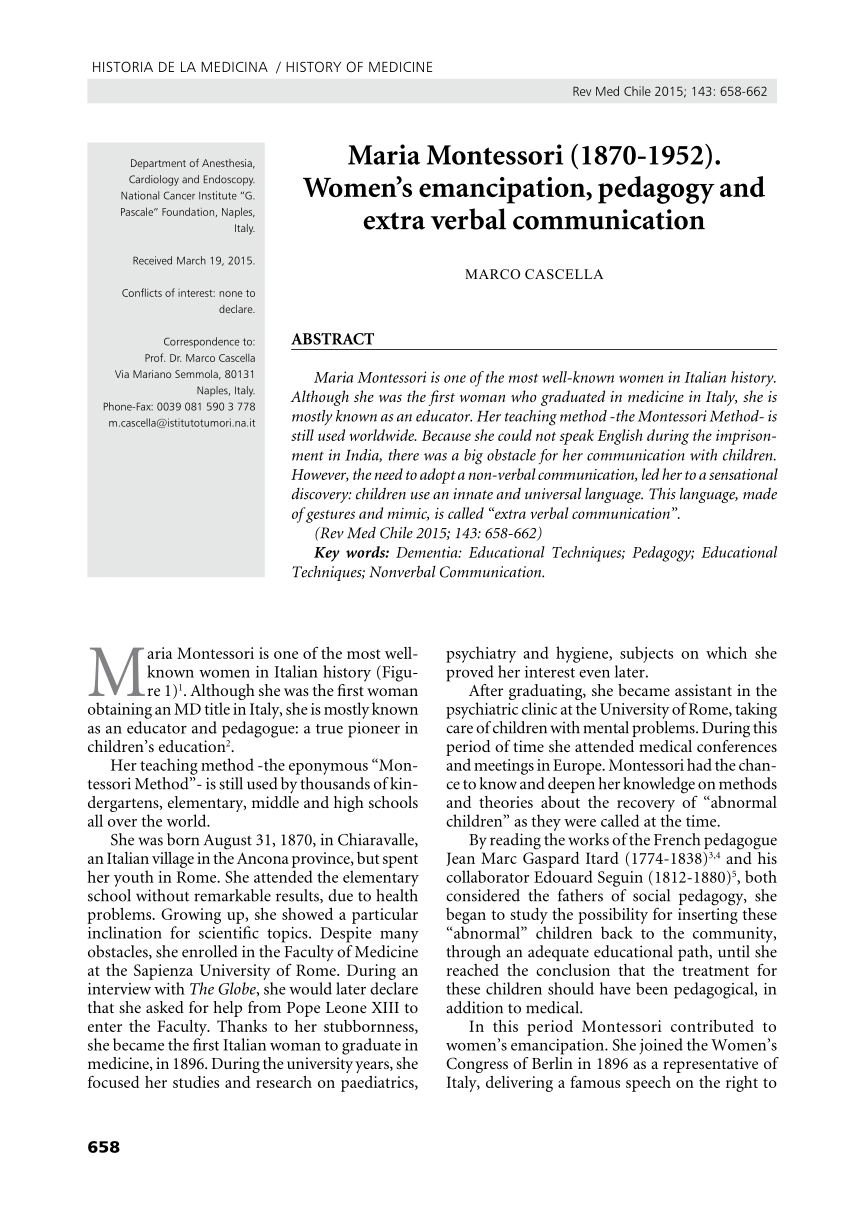 Graduated as Italy's first female medical practitioner she embarked on a career in mental health. John Amos Comenius John Amos Comenius 1592-1670 was a Czech theologian, philosopher, teacher and writer who thought education could improve society. The underpaid teachers themselves had little education. The small child is urged by nature. I was raised by a very Italian, Catholic family, The Orsini family, who descended from a Famous Pope, "Pope Orsini. Beyond the theoretical aspects that remain necessary, we would like to provide insights and testimonies on the practical application of this wonderful pedagogy, in the family or at school, for the youngest as well as for adolescents and the elderly, without forgetting children with disabilities.

life and works of maria montessori

. He would grow up there, raised by a nanny, and it is only in adolescence that he would be able to live with his mother. The essay 'Alternative European Educational Approaches: Montessori and Steiner' provides a detailed analysis and comparison of two different education systems adopted in Europe - Montessori, a pedagogical program developed in the first half of the 20th century by an Italian teacher and physician maria montessori, and the Steiner pedagogical system, founded by a German doctor of philosophy Rudolf Steiner. . Soon they had taught themselves to write. At age 12 Agnes went on a school trip to a church where she experienced her first calling from God. During those years she worked in a hospital and became an expert in pediatric medicine and psychiatry. 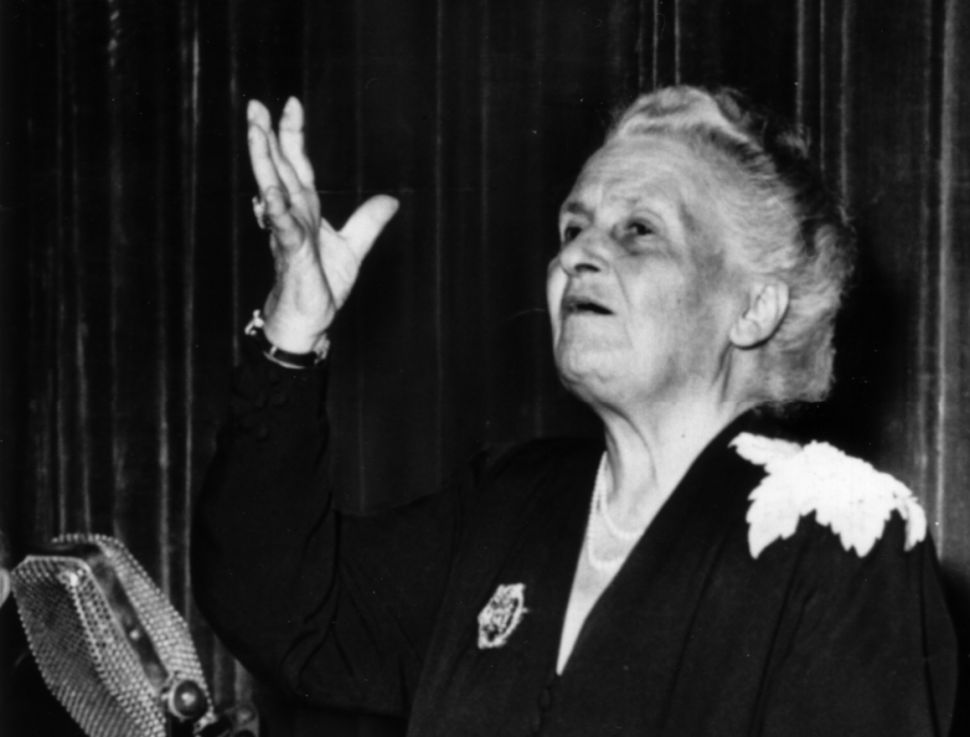 Maria Montessori wanted to become a doctor, but faced with the hostility of her entourage and supported only by her mother, she initially opted for the Faculty of Science. Montessori makes good use of analogies and rhetorical appeals to back up her argument. At age thirteen, against the wishes of her father but with the support of her mother, she began to attend a boys' technical school. They observe the classroom and children and watch for needed changes and next steps; such as creating or replacing work in order to fill the present needs. . . After seven years of engineering she began premed and, in 1896 became a physician.

The Life and Work of Maria Montessori — The Helpful Garden 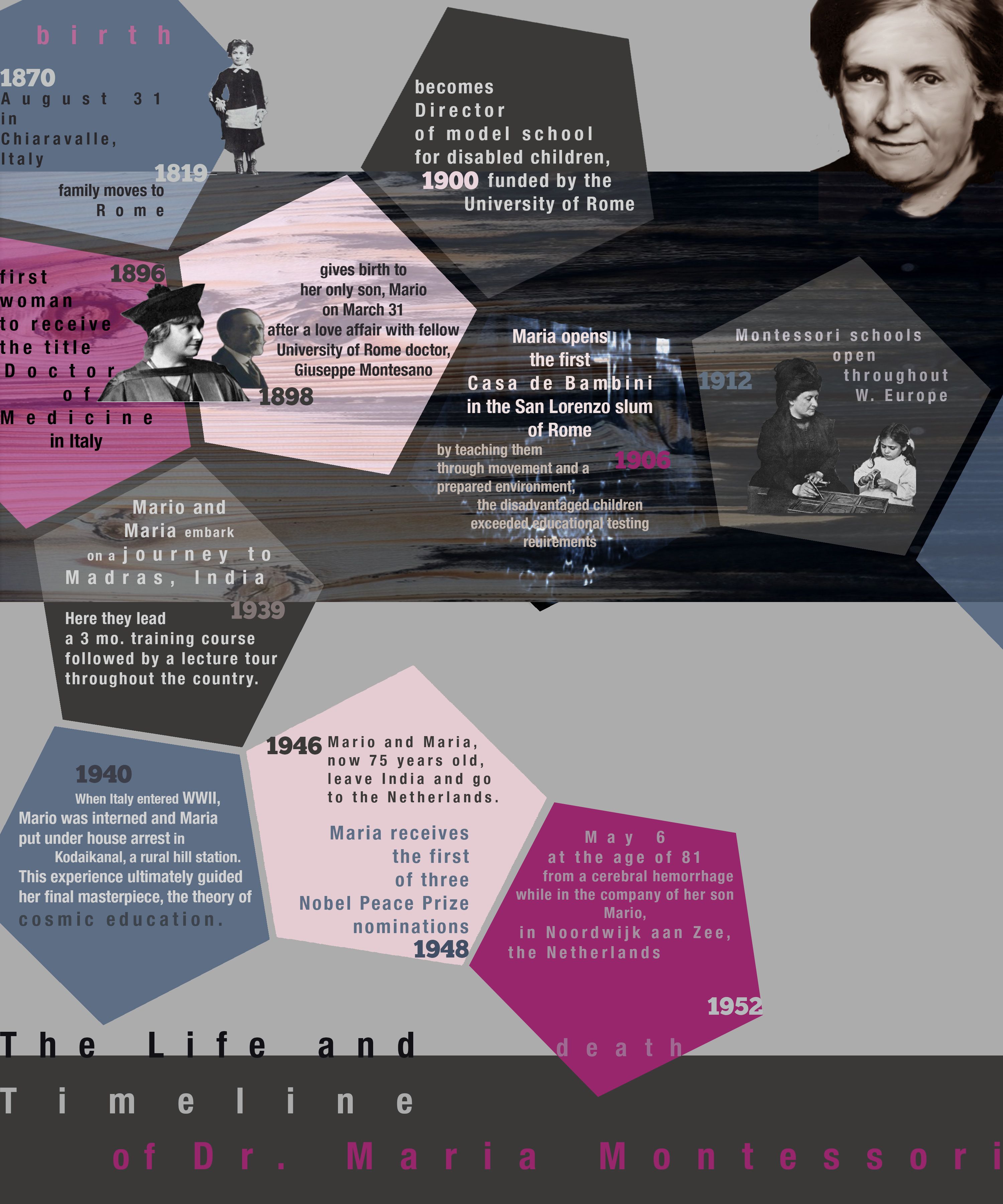 Her father opposed this course—medical school was then an all-male preserve—and initially Maria was refused entry by the head of school. In 1915: She returned to the United States. She also published Volume 1 of Scientific Pedagogy, a book in which she explains her method and origins. Her tenacity would finally later on open the doors of the Faculty of Medicine and Surgery in Rome. . Here she found that biology interested her and decided to become a doctor. Even though Manya was exceptionally smart, she was very shy and highly emotional.