The Carolingian Renaissance, also known as the Carolingian revival, was a period of intellectual and cultural revival that occurred during the reign of Charlemagne and his successors in the 8th and 9th centuries. This period was marked by a renewed interest in classical learning and the revival of cultural and intellectual pursuits, such as literature, art, architecture, and education.

One of the most significant contributions of the Carolingian Renaissance was the establishment of a standardized system of writing and education. Charlemagne ordered the creation of a uniform script, known as the Carolingian minuscule, which became the standard script for the Latin language throughout Europe. This uniform script facilitated the spread of ideas and learning and helped to create a shared cultural identity among the various tribes and kingdoms of Europe.

In addition to the standardization of writing, Charlemagne also established a network of schools throughout his empire. These schools, known as the palace schools, were intended to provide education for the sons of the nobility and the clergy. The curriculum of the palace schools included a wide range of subjects, such as grammar, rhetoric, mathematics, music, and theology. The palace schools were an important factor in the spread of classical learning and the revival of cultural and intellectual pursuits during the Carolingian Renaissance.

Another important aspect of the Carolingian Renaissance was the revival of classical literature. Charlemagne and his advisors, such as Alcuin of York, recognized the value of classical texts and made efforts to collect and preserve them. They also encouraged the production of new works in a variety of genres, including poetry, history, and religious texts. The revival of classical literature during the Carolingian Renaissance had a lasting impact on European culture and contributed to the development of a shared literary tradition.

The Carolingian Renaissance also had a significant impact on the arts and architecture of the period. Charlemagne and his successors patronized the construction of a number of grand palaces and churches, which were decorated with elaborate frescoes, mosaics, and illuminated manuscripts. These works of art helped to spread the cultural and intellectual achievements of the Carolingian Renaissance throughout Europe and influenced the development of art and architecture in the region for centuries to come.

In conclusion, the Carolingian Renaissance was a period of great importance in European history. It was marked by a renewed interest in classical learning and the revival of cultural and intellectual pursuits, such as literature, art, architecture, and education. The achievements of the Carolingian Renaissance had a lasting impact on European culture and contributed to the development of a shared literary and artistic tradition that continues to influence the region to this day. 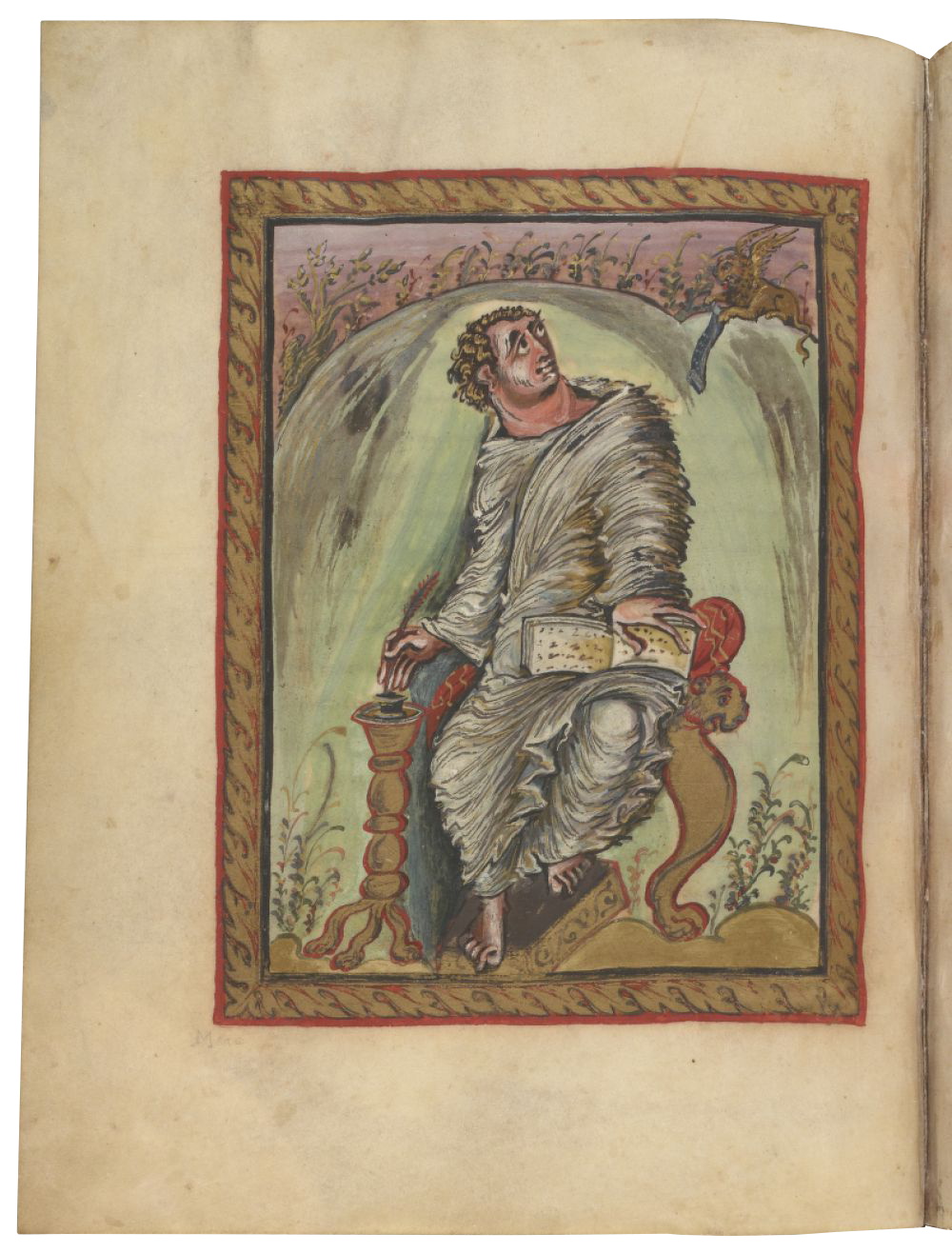 Incapable though I am of expressing it fully in careful speech, My lowliness is loth to mute your might… The sight of you is more brilliant than thrice-smelted gold, and he who can always be near you is fortunate indeed, who can gaze upon your forehead, so worthy of its weighty crown, which throughout the entire world has no peer… Chest, legs and feet: nothing in Charlemagne is not worthy of praise. Charles sponsored astronomers to chart the heavens and determine the correct holy days. The heights of heaven are picked out with fine stars Which the rain clouds suddenly snatch from view, and the burning sun hides too in the middle of the day, when the south wind thunders with watery torrents from high heaven. Yet, he failed at every turn as artists, scholars and theologians developed their own styles. In China, you had to pass a very tough exam, a very selective exam, in order to be a part of the highest level of the imperial service.

How was the Carolingian Renaissance important? 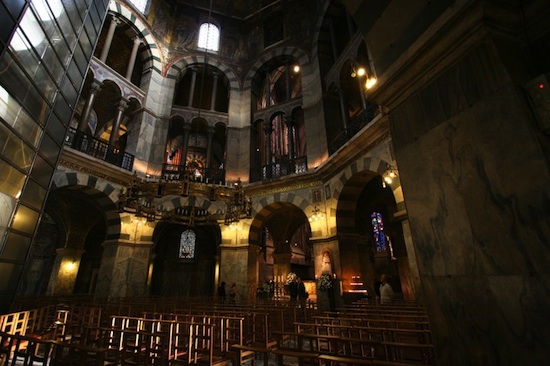 Why did the Carolingian Empire collapse? The Franks imbued art into every part of their lives to the extent that they could. It revived many of the characteristics of Roman culture and put them in a position to be preserved and passed down through history. This third table included three concentric circles depicting the heavens and the Earth, and even including the orbits of the known planets. So, for example, the German Monastery of Lorsch obtained from Italy an ancient manuscript of Virgil and copied it. Chapter 3: Poetry Charles loved to compare himself to two great Biblical kings: Josiah and David. Which is really a version of the very perceptive question that was asked before. Everyone who could afford a book wanted one, and scriptoriums were always busy producing copies of old works or newly-written books for their clients.

What was the main purpose of the Carolingian Renaissance?

The Carolingian Renaissance was a period of cultural activity in the Carolingian Empire occurring from the late eighth century to the ninth century, as the first of three medieval renaissances. New modes of writing biographies, annals and epic poems, challenged historical narratives. Which means not only a lack of imported goods, more primitive accommodations, less trade and commerce, but also much less in the way of books and learning. Their fashion was discussed from the Vikings to the Byzantine Empire — everywhere people were talking about how fashionable Carolingians were. Once he became King of the Lombards he used his position to transfer religious books from Italy into Francia where they were copied and disseminated in an attempt to standardize religious belief and practices.

The Carolingian Renaissance and The Spread of Christianity in England 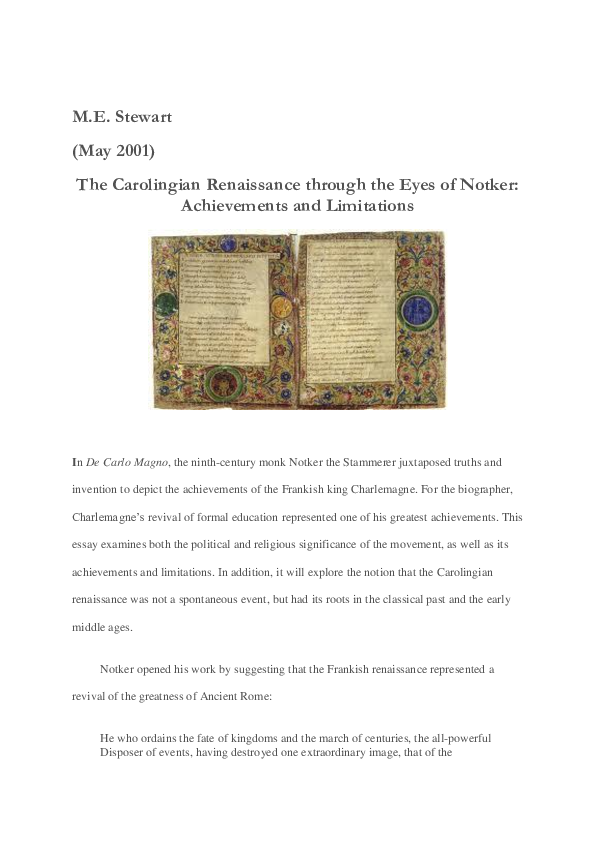 Charlemagne wanted to educate people to service and help govern the empire so he encouraged cathedral schools to expand but this also caused the flourishing of intellectual life as well. He established a school and appointed Alcuin as the head. In place of helmets they had crests; instead of spears, beaks and talons, and in lieu of a clarion, each bird sang its song. What was the legacy of the carolingians? As he did, he looked backwards at a mostly imaginary past of Christian unity. As you can see, my minuscule print is the product of a monastic education. The Carolingian Renaissance was the first of three medieval renaissances, a period of cultural activity in the Carolingian Empire. When the Gothic architects built their cathedrals, they drew upon countless examples from Carolingian structures.

Western Civ Week 18: Why the Carolingian Renaissance is significant and by what process did England convert to Christianity 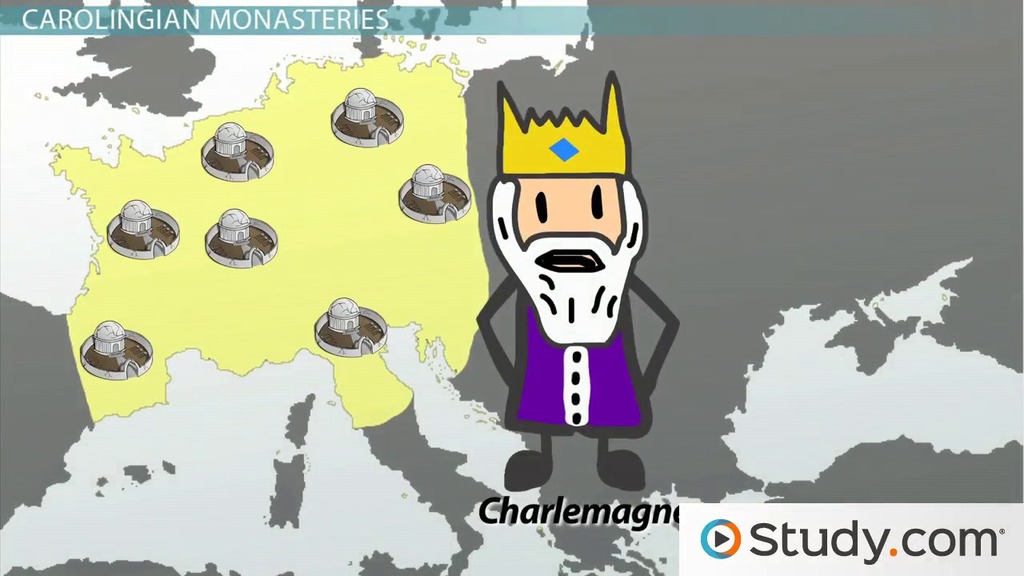 There are evidence of constant communication with Italy, which is probably the source of most of them. The Seven Liberal Arts came from Bede and Alcuin, both Northumbrians. Mark — Ebbo Gospels — Carolingian Art Charles also was bent on throwing the image of his lands being seen as barbaric and make it call to mind the greatness of Rome and match his title. Amalarius is condemned for certain liturgical innovations. Theodulph of Orleans is probably a Visigoth. Priests developed theological ideas and since the later Merovingians rarely called ecumenical councils or synods these went unresolved and regional churches ideologically drifted from others. It was founded in 1063 by William the Conqueror with construction continuing through Gothic cathedral additions in the 14th century. We have to go back and take the other one. Each in his own appointed locality began to chant with as much variation and as incorrectly as he knew how, and did all he could to teach others to do the same. After all of this England has been finally converted to Christianity. Running a scriptorium was a mark of honor, equal to being a notable at court. How did Charlemagne encourage the Carolingian Renaissance? To us those minor differences go unnoticed, and it would be silly to think that birds so similar would fight one another. 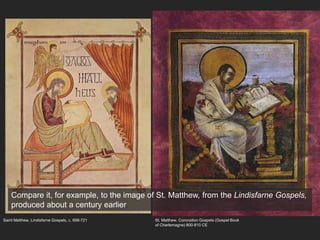 The Merovingians sponsored religious buildings and festivals as a means of acquiring religious authority, but their power in this field was limited; so limited that Frankish kings like Clothar were excommunicated…though in fairness he deserved it. Is the Carolingian Empire The Holy Roman Empire? They were often life-size representations of key religious scenes and figures and in many cases the Carolingian rulers themselves. The abundance of poets from across the empire led to a golden age of emotional writing. Only by dawning armor and remaining stone-faced can our judge hope to stand against his terrible foe! The most-powerful Roman priest was the Pontifex Maximus. They let their tombs be found. This made Latin very hard to read and it was basically just one big block of text.

Fashion of the Dark Age Europe. The Carolingian Renaissance 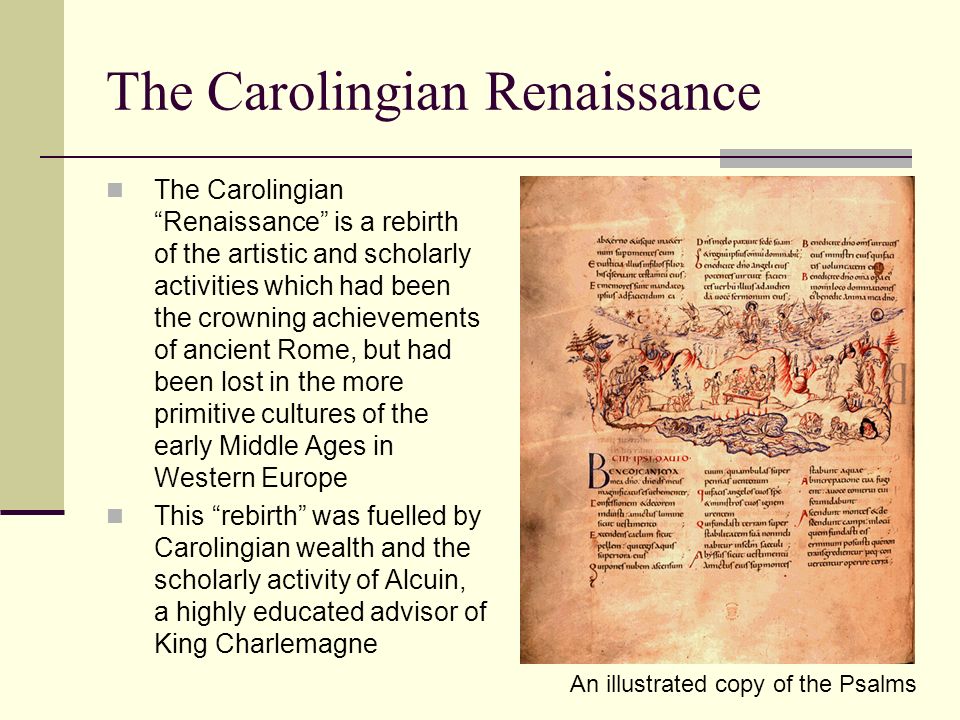 Meanwhile informal schools spread as lesser scholars became tutors. These priceless artifacts reflect the ethos of the time, as the Franks imbued every object with art. Alcuin immediately introduced the script to the palace school and scriptorium, where it was used to copy the Bible, writings of the church fathers, and classical works. Wickham talks about Amalarius of Metz. The Theft of History. And I mention it because here, the piety of a person like Einhard is the same as the piety of the villagers. As Pierre Riché points out, the expression "Carolingian Renaissance" does not imply that Western Europe was barbaric or obscurantist before the Carolingian era.

This idea has been amplified by the false conception of the Dark Ages, which overvalues the Late Roman Empire and undervalues the early post-Roman kingdoms. After becoming pope, he arranges missionaries to convert England. In the late Roman medieval imagination, it was the science of intervals and of pleasing forms and of modes. Finally, Charles sponsored churches and monasteries to construct and maintain scriptoriums, places where monks, priests or nuns copied books. These illustrations had an incredible impact on Western European drawing, particularly in England where they were regularly copied. Who was the last Carolingian king? By this point, Ireland had already been converted to Christianity, by the Celtic Christians. Charlemagne sought to make education available to all children throughout his territories, whether they intended to enter the cloister or not.

What is the importance of the Carolingian Renaissance? 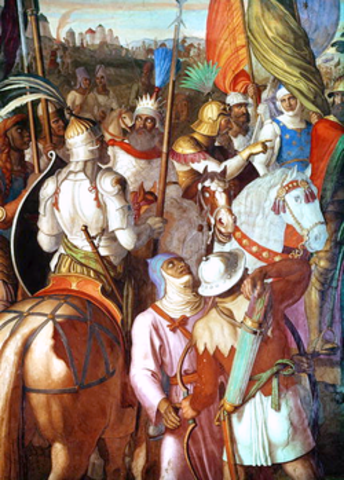 Some had come from the west, others from the east, and you would think that both sides had war-standards of their own. As a result of this renaissance, there was an outpour of cultural improvement, including aspects of Christianity, literature, art, and the judicial system. In order to understand this mission, however, beyond just saying oh, Christianity or classical culture, we have to go back to some topics we touched on very lightly when we were talking about monasticism. Yet, Roman knowledge did not wholly die out. The most famous was Dhuoda, a Gascon princess with Basque origins.