The cardinal utility approach is a method of analyzing and measuring consumer utility, or satisfaction, in economics. It is based on the assumption that utility, or the satisfaction a consumer derives from a good or service, can be quantified and measured on a numerical scale. This approach contrasts with the ordinal utility approach, which assumes that utility can only be ranked or ordered, but not quantified.

The concept of utility was first introduced by the economist Jeremy Bentham in the 18th century as a way to measure the happiness or pleasure that an individual derives from a particular action or consumption choice. Bentham believed that utility could be quantified and that the utility of different actions or choices could be compared and ranked based on their ability to produce happiness or pleasure.

The cardinal utility approach was developed in the late 19th and early 20th centuries by economists such as Alfred Marshall and Francis Edgeworth. They argued that utility could be measured and quantified using a numerical scale, rather than simply ranked or ordered. This approach was based on the assumption that there is a consistent and stable relationship between the amount of a good or service consumed and the resulting utility or satisfaction.

Under the cardinal utility approach, the utility derived from a particular good or service is considered to be a function of the amount consumed. For example, the utility of a slice of pizza may increase as the number of slices consumed increases, but at some point, the marginal utility of each additional slice will begin to decrease. This is known as the law of diminishing marginal utility, which states that the additional utility derived from consuming an additional unit of a good or service will eventually decrease as the quantity consumed increases.

The cardinal utility approach has been widely used in economics to analyze consumer behavior and to understand how individuals make consumption decisions. It has also been used to analyze the effects of changes in the price of goods and services on consumer demand, as well as to evaluate the efficiency of different market structures and policies.

However, the cardinal utility approach has been criticized by some economists for its assumption that utility can be accurately measured and quantified. Some have argued that utility is subjective and may vary significantly from person to person, making it difficult to accurately measure and compare. Despite these criticisms, the cardinal utility approach remains an important and widely used tool in economics for understanding and analyzing consumer behavior. 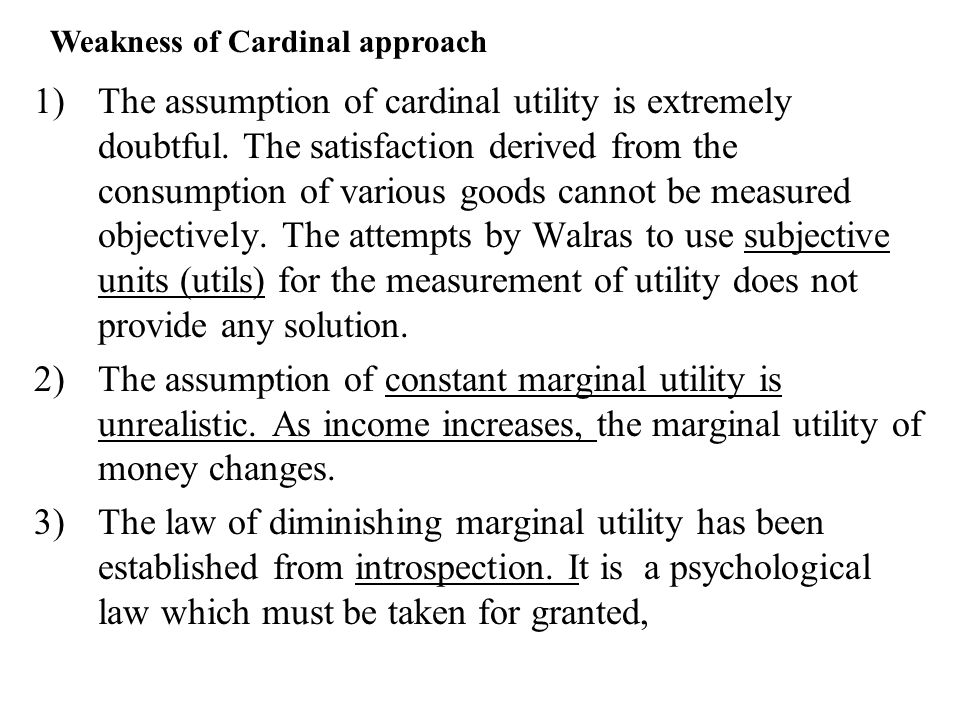 If the consumer is forced further to take a glass of water, it leads to disutility causing total utility to decline. Ordinal Utility In ordinal utility, the consumer only ranks choices in terms of preference but we do not give exact numerical figures for utility. For example,a man is thirsty. LAW OF DIMINISHING MARGINAL UTILITY: Definition and Statement of the Law: The law of diminishing marginal utility describes a familiar and fundamental tendency of human behavior. Law is based upon Three Facts: The law of diminishing marginal utility is based upon three facts. The utility of a bottle of wine is zero for a person who is non-drinker while it has a very high utility for a drinker. Then we say the individual seeks to maximize some function of those numbers.

What do you mean by ordinal approach? 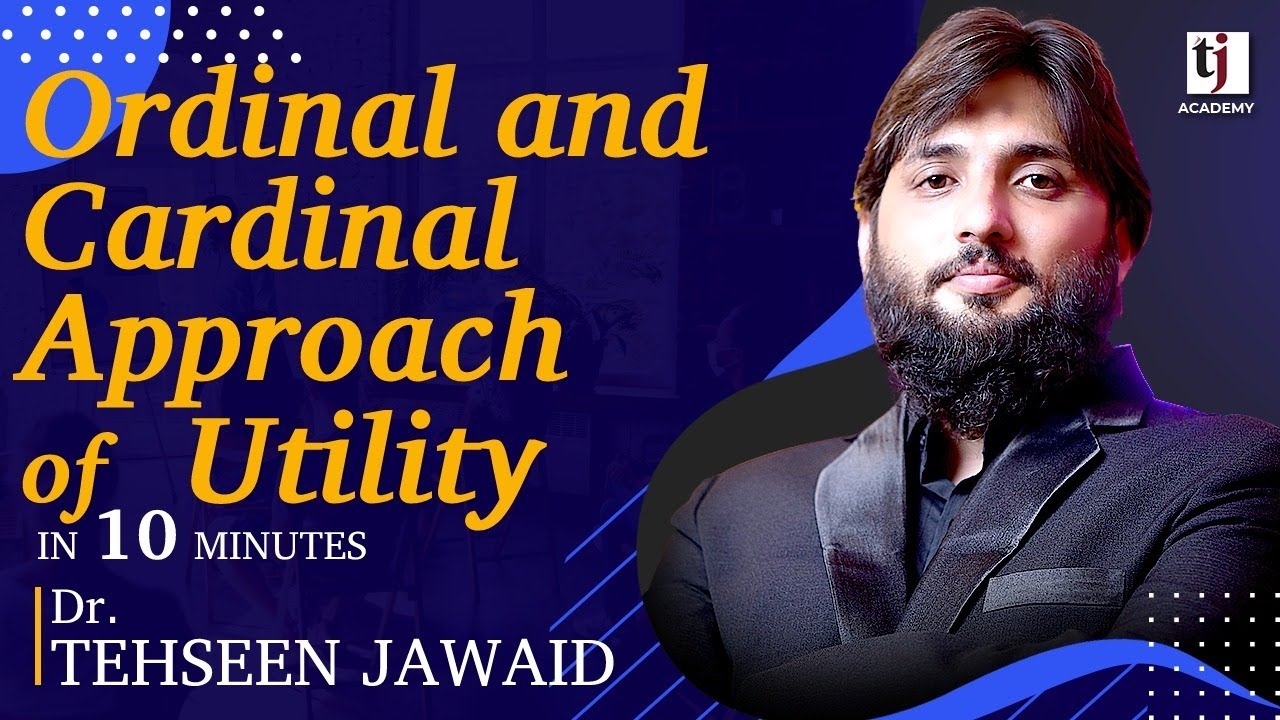 Utility is cardinally Measurable: It is assumed that the utility is measurable, and the utility derived from one unit of the commodity is equal to the amount of money, which a consumer is ready to pay for it, i. . It is the sum of marginal utilities of each successive unit of consumption. Util: Although utility cannot be measured but in cardinal approach of consumer behavior, the term which is used as a unit of utility is known as util and arithmetic numbers 1, 2, 3,. It is true that more money the man has, the greedier he is to get additional units of it. Ordinal numbers indicate the order or rank of things in a set e. Also, it was difficult to quantify the factors that cause a change in the moods of the consumer, their tastes and preferences and their likes and dislikes. 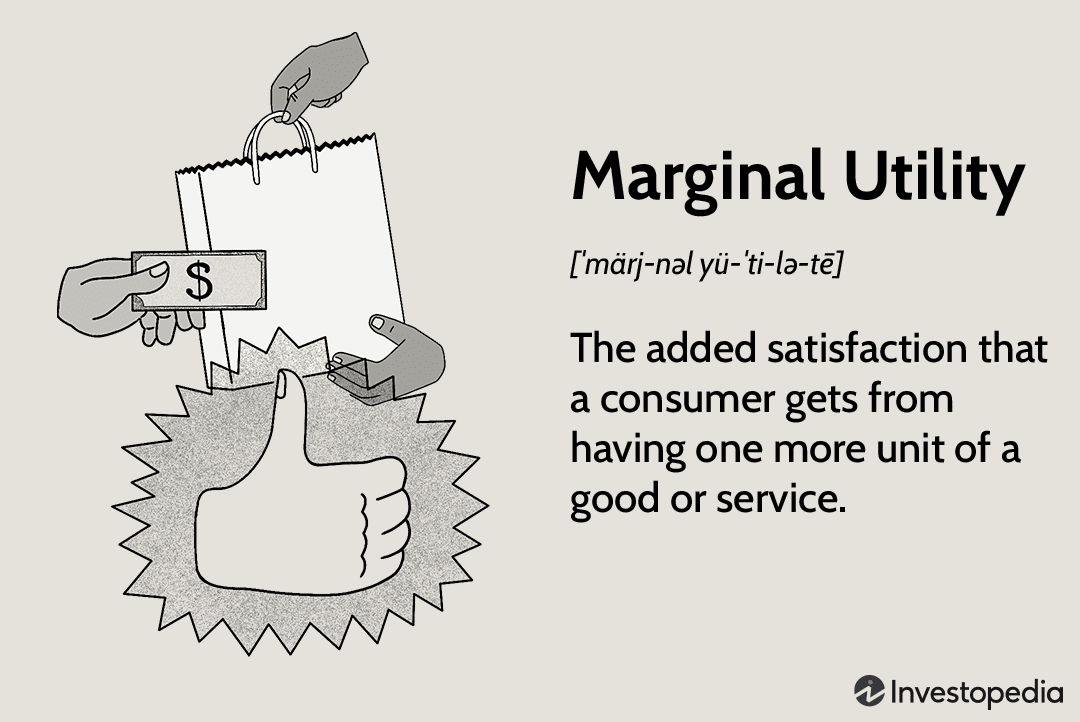 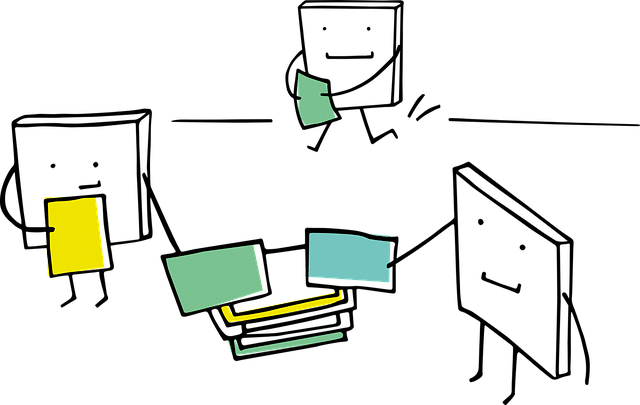 This implies that the amount of money that a customer is willing to pay for a particular commodity is a measure of its utility. . The law of equilibrium utility is known, by various names. Nominal numbers name or identify something e. The equal marginal rule also guides an individual in the spending of his saving on different types of assets. He goes to the market and buys one glass of water. It is called satiety point. Cardinal Utility Approach: According to this approach, the utility is measurable and can be expressed in quantitative terms. The decrease in the total weight you were carrying was probably not large enough for you to notice. Mathematically, ordinalism is entirely based upon the idea that one can dispense with the use of a specific utility function and that no meaning shall be attached to utility measurement, except as an ordinal principle.

THEORY OF CONSUMER BEHAVIOR: Cardinal Utility Analysis/Approach: Definition and Explanation: Human wants are unlimited and they are of different intensity 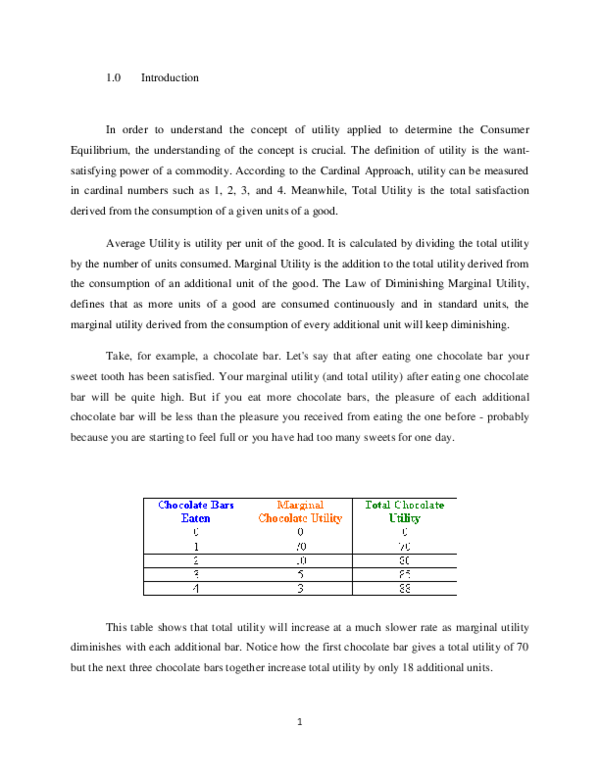 Under this usage, the cardinality of a utility function is simply the mathematical property of uniqueness up to a linear transformation. Under Cardinal Utility approach, utility is measured in utils. The neo-classical economist developed the theory of consumption based on the assumption that utility is measurable and can be expressed cardinally. It is known as theLaw of Substitutionbecause consumer continuous substituting one good for another till he gets the maximum satisfaction. As he buys more and more, the marginal utility of the successive units begins to diminish.

The Cardinalist school asserts that utility can be measured and quantified. Explanation and Example of Law of Diminishing Marginal Utility: This law can be explained by taking a very simple example. Stanford: Stanford University Press. What is meant by ordinal utility? Utility is a subjective satisfaction which consumer gets from consuming any good or service. According to Marshall, money is used to measure the utilities of commodities. In short, the more we have of a thing, ceteris paribus, the less we want still more of that, or to be more precise. We now examine the tools which are used in the analyzes of consumer behavior.

What is Cardinal Utility? definition and assumptions 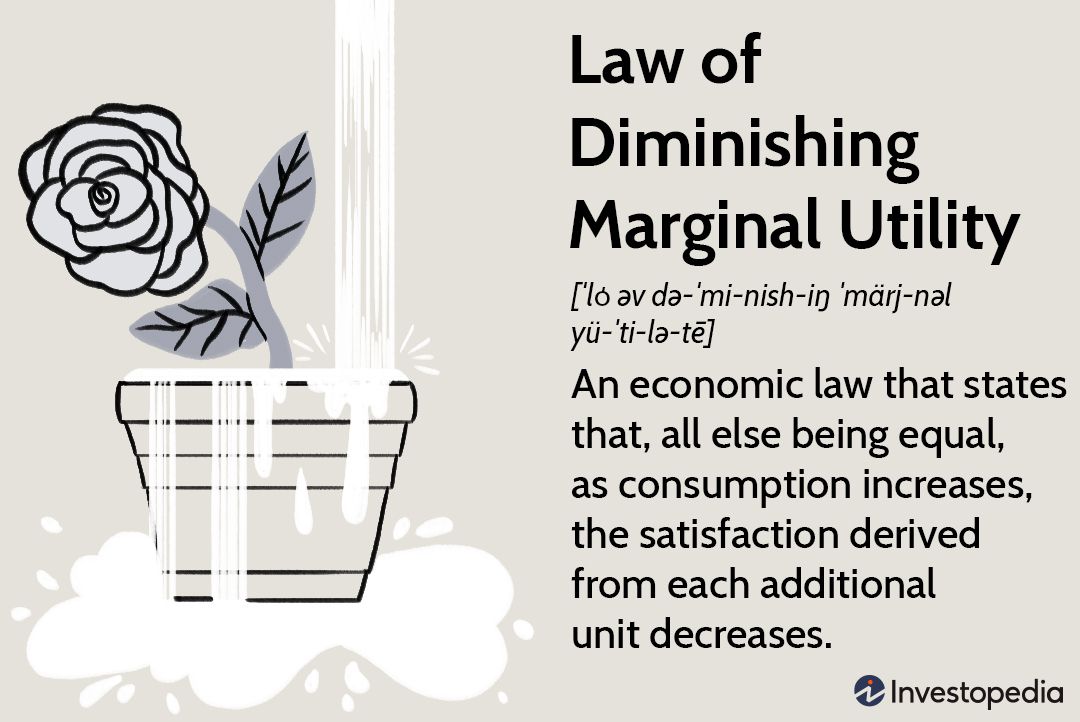 Suppose an individual consumes X 1, X 2, X 3,…. The utility can be measured in cardinal numbers such as 1, 3, 10, 15, etc. At X1, quantity the marginal utility of a good is MU1. In case he consumes one apple a day, he gains seven units of satisfaction. He seeks to maximize satisfaction from the limited income which is at his disposal. However, the income this disposal at any time is limited.