The Hunger Games is a science fiction novel written by Suzanne Collins and published in 2008. It is the first book in the Hunger Games trilogy, followed by Catching Fire and Mockingjay. The Hunger Games tells the story of a dystopian society called Panem, which is located in what used to be North America.

In this society, the Capitol is the ruling government and is located in the Rocky Mountains. The Capitol is a wealthy and technologically advanced city that is surrounded by thirteen districts, each of which specializes in producing a particular good or service for the Capitol. However, the districts are poor and oppressed, and the Capitol exerts strict control over them.

As punishment for a rebellion that took place 74 years before the events of the novel, the Capitol instituted the Hunger Games. The Hunger Games is an annual event in which one boy and one girl between the ages of 12 and 18 are selected from each district to participate in a fight to the death in a controlled arena. The event is televised and broadcasted throughout Panem as a reminder of the Capitol's power and a warning to the districts not to rebel again.

The protagonist of the novel is 16-year-old Katniss Everdeen, who lives in District 12, the district that specializes in coal mining. When her younger sister is selected to participate in the Hunger Games, Katniss volunteers to take her place. She is joined by Peeta Mellark, a boy from her district who has a long-standing crush on her. Together, they embark on a journey that will change their lives forever.

Throughout the novel, Katniss and Peeta struggle to survive in the Hunger Games arena, facing challenges such as starvation, dehydration, and various dangers posed by the other tributes. Along the way, they also confront the harsh realities of the Capitol's rule and the brutality of the Hunger Games.

The Hunger Games has been praised for its engaging plot, complex characters, and thought-provoking themes. It has also been adapted into a successful film series and has spawned numerous fan-based communities and merchandise. The novel has been widely read and discussed, and has sparked conversations about issues such as government control, social inequality, and the consequences of violence. The series are also available as Audio Books. Peeta stops him so Katniss can escape, and she passes out in a ditch shortly after. They are able to get food hunting and foraging, and Katniss realizes that the Careers would have difficulty surviving without the supplies at the Cornucopia, so she and Rue devise a plan. The tribute is about to kill her when Thresh, the male tribute from District 11 who came to the Games with Rue, kills the girl instead. May use a partner, the book, and your notes. Not only is conflict theory and deviance evident among the nation of Panem as well as the districts, but it is also a huge factor amidst the inhabitants. Using a sleep syrup sent from Haymitch, Katniss knocks him out. 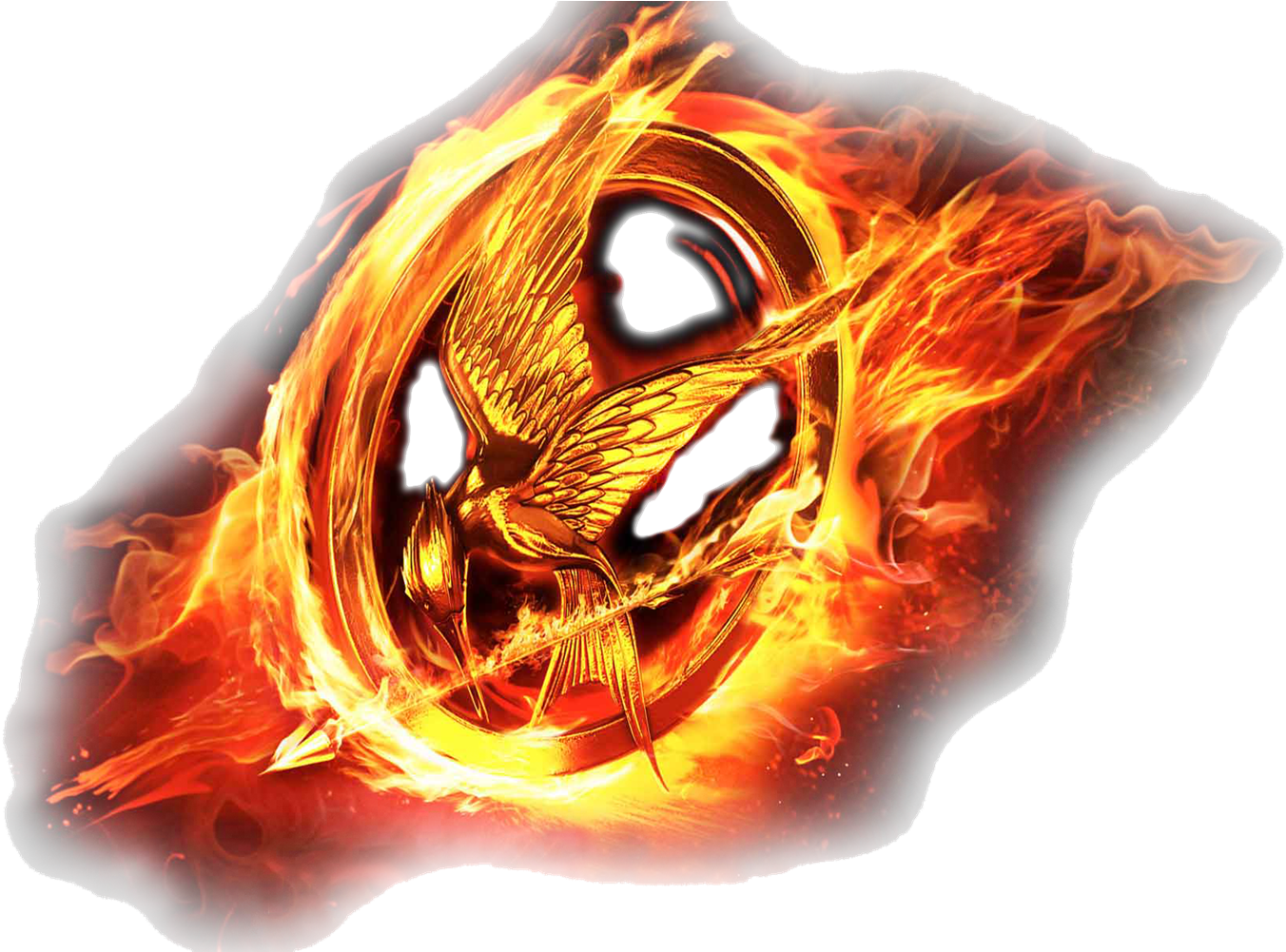 Each year in the Hunger Games, twenty-four district children enter the arena to fight to the death. That night, while she hides in a tree from the pack of Careers below, she notices a young girl named Rue from District 11 in a nearby tree. Katniss is depressed all the next day, until an announcement is made that there has been a rule change: Now, two tributes from the same district can be declared winners. They go back to the Training Center and Katniss is kept alone for days while she recuperates. This caused upheaval within the Capitol due to Katniss and Peeta insisting that they either both live or both die. They have advertised to the Districts that there is, in fact, another way. Katniss goes looking for Peeta, and it takes her a day but finally she finds him. Activity: Symbolism In Groups before reading the book , discuss what each symbol could mean. The creatures are mutant wolves engineered by the Capitol, and Katniss realizes they are actually the dead tributes, who have been turned into these monsters. The Capitol cannot let this act of resistance endure because their power will crumble. The Capitol makes it very clear that having two winners is absurd and one of them must die. This conflict not only leads to the ever-changing relations within the existing social structure, but the entirety of the social system undergoes transformation through conflict. 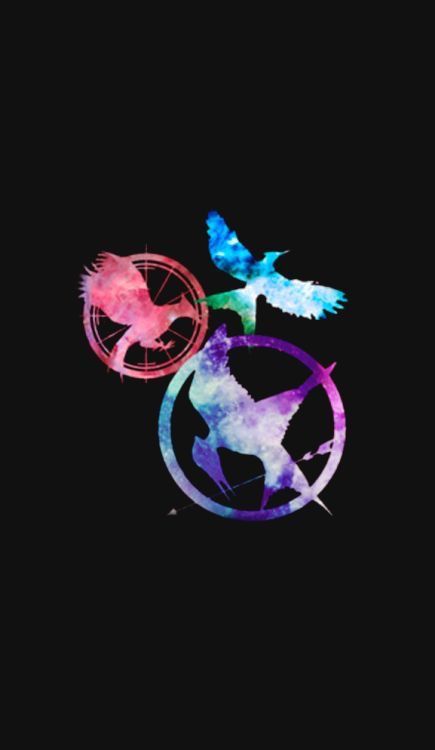 Clashes and conflicts between social groups are not only stabilized, but also restrained by law enforcement. The trilogy are published through Scholastic. This novel serves as a means of social control on several levels. Among the districts, District 12 is widely known for being the poorest. Minecraft Hunger Games Wallpaper 153 66 Explore a curated colection of Minecraft Hunger Games Wallpaper Images for your Desktop, Mobile and Tablet screens.

They have advertised to the Districts that there is, in fact, another way. The Capitol took her stunt with the berries as an act of defiance, so she has to convince everyone that she was desperate at the thought of losing Peeta and not being rebellious, or even her family could be at risk. Departures from what is required by the norms of the social institutions may occur if there are not institutionalized arrangements for the assertion of such discontent. This is apparent through being part of the Capitol rather than belonging to a district, advantages certain districts have over each other, as well as the advantage of particular individuals involved in the same district. Note: The location of each district and outline of Panem is purely speculation. . In the end, everyone is upset with the Capitol as well as the entirety of the system and a revolution does occur. 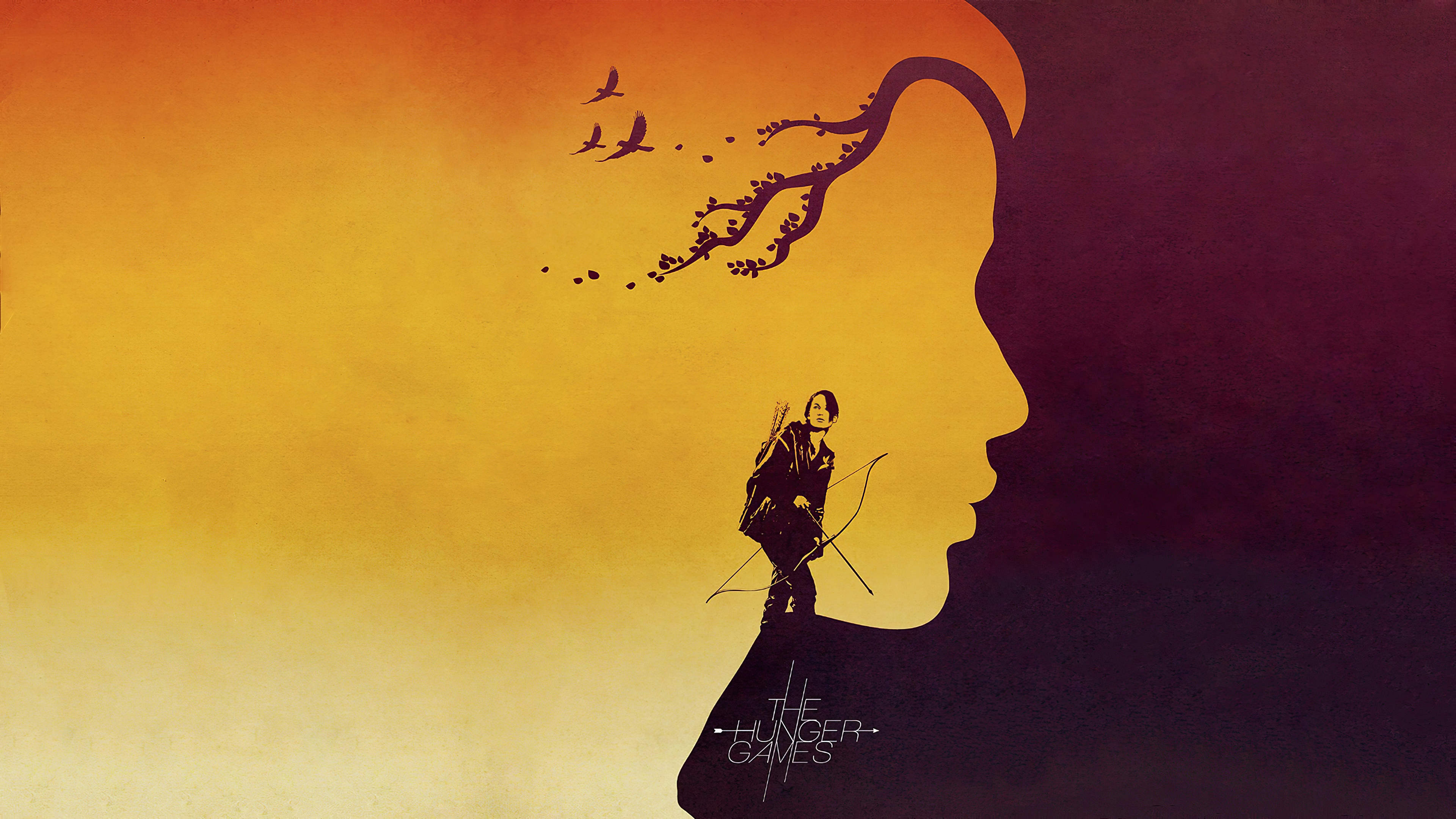 Finally the time comes. The social conflict theory holds that the law enforcement and laws are used by the more dominant groups of society to diminish threats to their interests posed by those whom they perceive as threatening. On the other hand, the rules that the society agreed upon are much more meaningful. From a small underground room, Katniss is lifted into the arena and the Games officially begin. At the reaping in District 12, Katniss Everdeen volunteers as tribute to take her sister's place, along with the male candidate, Peeta Mellark. The relationship between social conflict theory and deviance play a crucial role throughout The Hunger Games. When it comes to the closing of the game, Katniss and Peeta are the last two standing and they commit a final act of deviance by planning a double suicide; they intend to eat poisonous berries, so they do not have to compete for victory. 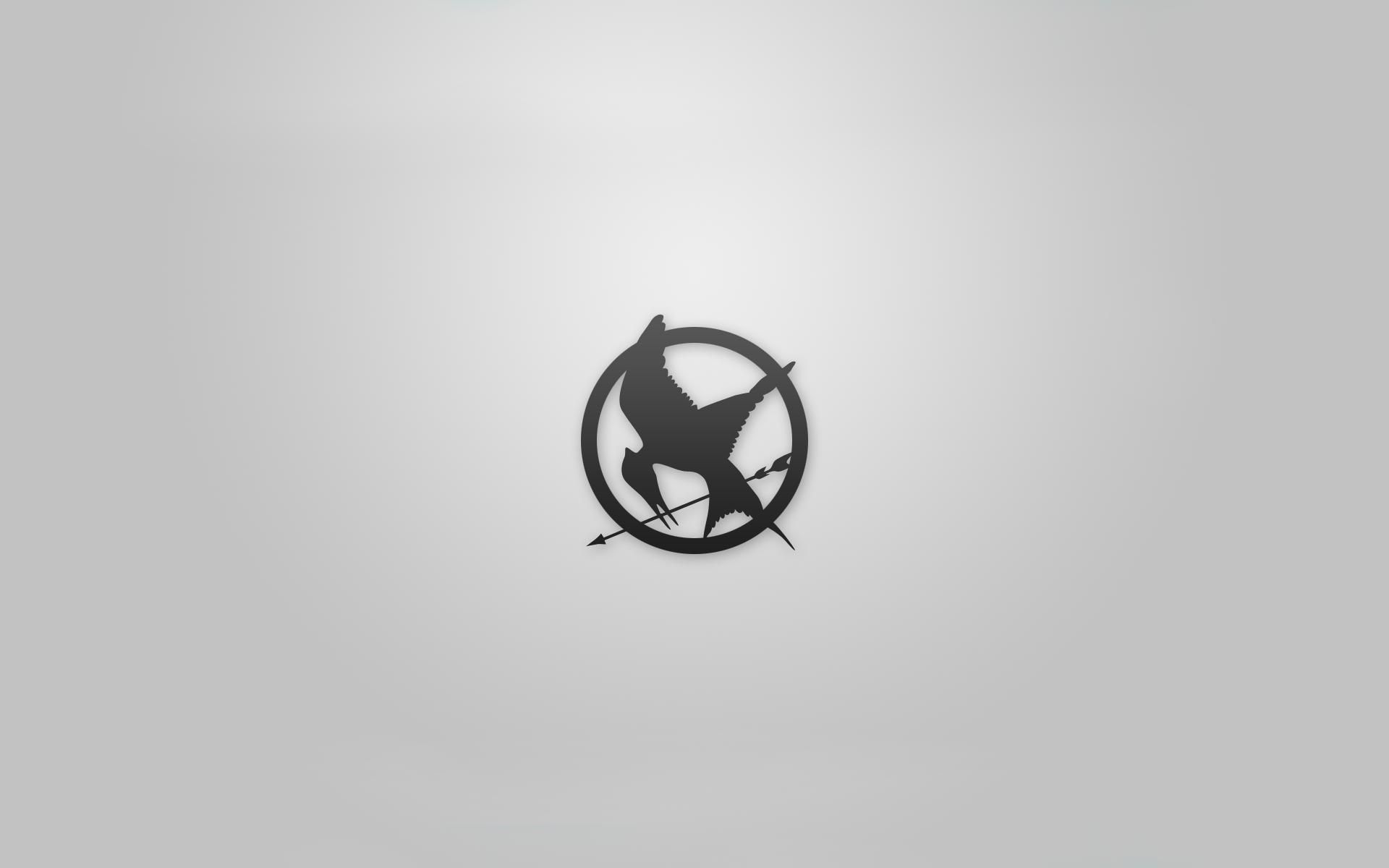 Their names would be entered into the reaping multiple times for each family member who needs food. In Panem, wealth is heavily concerted in the hands of those living in the Capitol. This concept certainly takes us to The Hunger Games trilogy. The Setting: District 12 Katniss, the narrator, lives in District 12, which is located in the Capitol City District 12 Appalachian Mountains. The supplies are in a pyramid away from the main camp, and after the Careers leave to investigate the fires, Katniss manages to blow up the supplies by cutting open a bag of apples with her arrows, which sets off the mines set to protect the pyramid. Only one will survive and be crowned the victor. 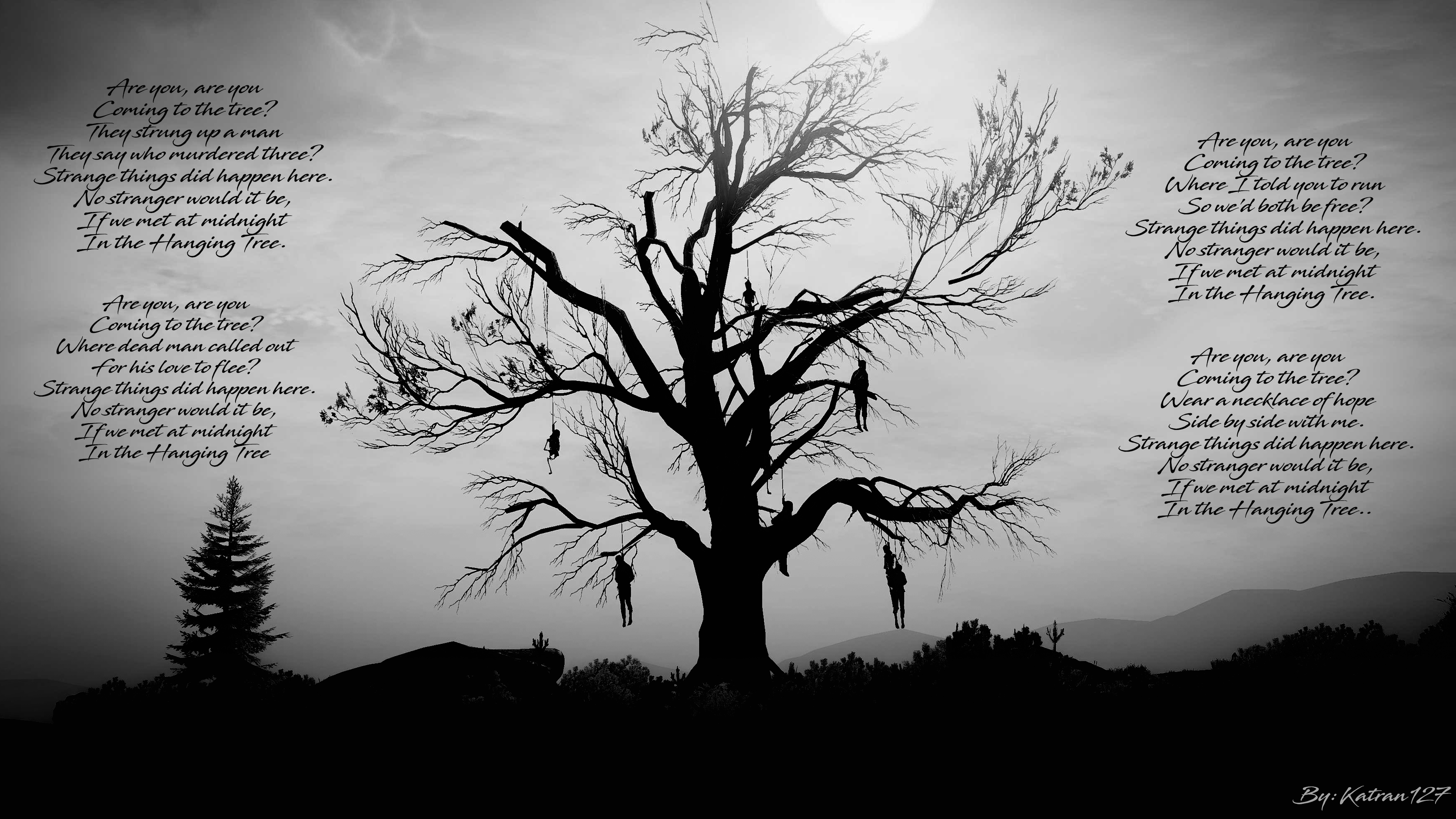 In general, conflict theory is macro-level and aids in class relations. She turned to the woods--the forbidden area outside the district 12 fence--and began hunting and gathering in order to feed her sister, mother, and herself. Among the districts, District 12 is widely known for being the poorest. The underlying tension that arises within societies due to opposing interests stems from individuals in different positions, which ultimately leads to deviance. All the tributes are there, and in front of her is the Cornucopia, which houses an abundance of supplies. 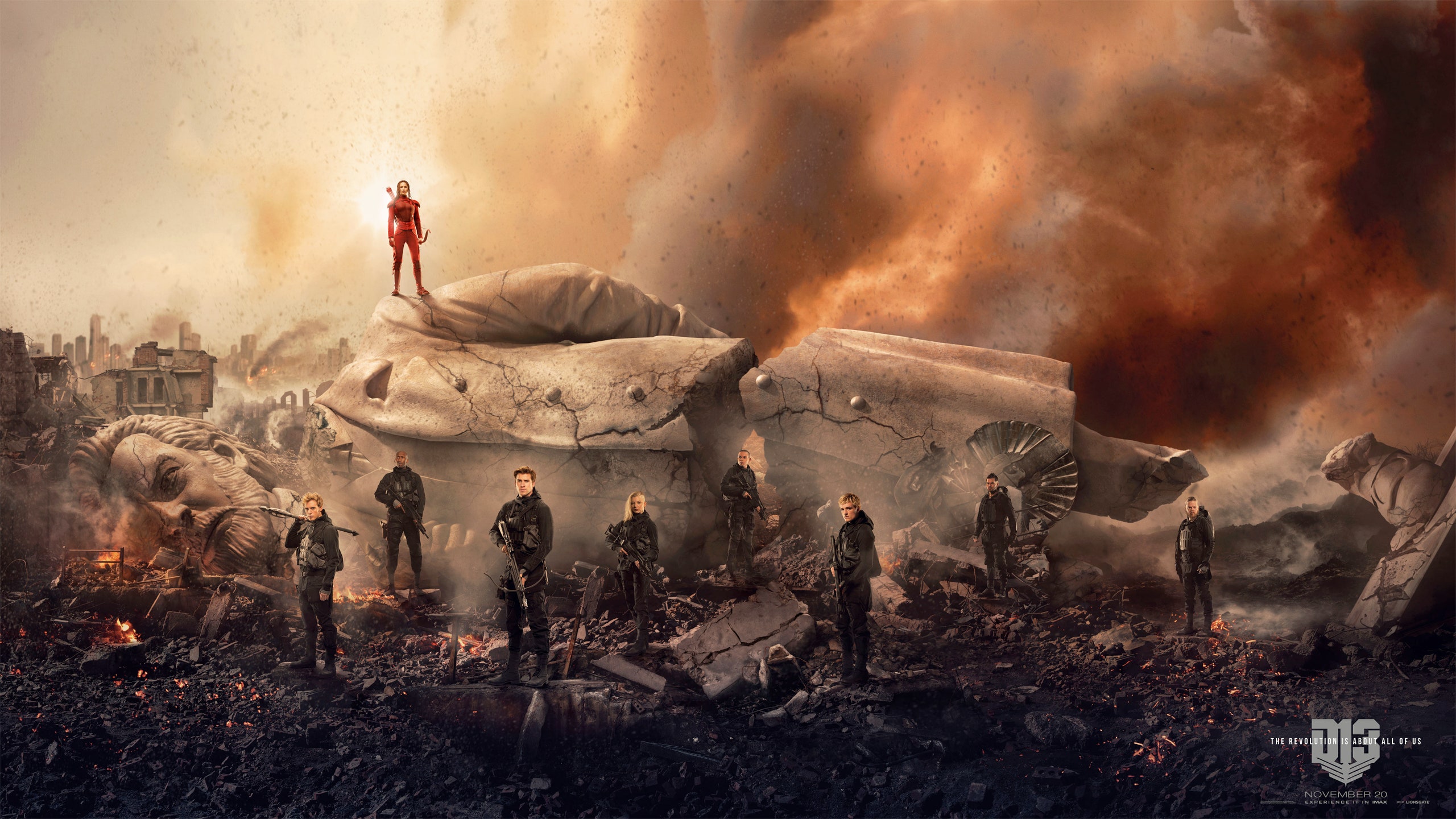 The Capitol not only creates but also reinforces inequalities among Panem's districts. Unexpectedly, however, he runs straight by them. By the lake, Cato comes suddenly barreling toward them. Conflict theory asserts that these types of economic inequalities and repression lead to deviant behavior, which is portrayed heavily in this scenario. In a totalitarian society, however, all the authority lies in the control of the ruling administration. The government itself decides what these norms are and enables control under any circumstances.