Global warming is a pressing issue that has garnered attention from people all around the world. It is a phenomenon that refers to the increase in the average temperature of the Earth's atmosphere and oceans, primarily due to the increase in greenhouse gases that trap heat from the sun. These gases, such as carbon dioxide, methane, and water vapor, are essential for the Earth's climate and make life possible on the planet. However, the increase in their levels has led to a warming of the Earth's surface, which can have negative impacts on the environment and human health.

The main cause of global warming is the burning of fossil fuels, such as coal, oil, and natural gas, which releases large amounts of carbon dioxide into the atmosphere. The use of these fuels has increased significantly in the past few centuries, particularly during the Industrial Revolution, and continues to do so today. Other human activities, such as deforestation, agriculture, and waste production, also contribute to the increase in greenhouse gases.

The consequences of global warming are far-reaching and varied. One of the most significant impacts is the rise in sea levels, which is caused by the melting of glaciers and polar ice caps. This can lead to coastal flooding and the displacement of communities living near the ocean. Global warming also causes more frequent and severe natural disasters, such as heatwaves, droughts, hurricanes, and wildfires. These events can have significant economic and social costs and can lead to loss of life.

The impacts of global warming are not limited to the natural environment. It can also have significant health effects, such as heatstroke, respiratory problems, and the spread of vector-borne diseases. It can also have negative impacts on agriculture and food security, as extreme weather events can damage crops and disrupt food production.

There are many ways in which individuals and governments can take action to address global warming. One of the most effective ways is by reducing the use of fossil fuels and transitioning to renewable energy sources, such as solar, wind, and hydroelectric power. This can be done through individual actions, such as using energy-efficient appliances and public transportation, as well as through policy changes that incentivize the use of clean energy.

Another way to address global warming is through conservation and sustainable land use practices. This can include planting trees, which absorb carbon dioxide from the atmosphere, and protecting natural habitats, such as forests and wetlands, which play a vital role in regulating the Earth's climate. Governments can also implement policies that encourage the use of sustainable practices in industries, such as agriculture and forestry.

In conclusion, global warming is a complex and pressing issue that requires immediate action to mitigate its negative impacts. While there are many challenges and obstacles to addressing global warming, there are also numerous opportunities for individuals and governments to take meaningful and effective actions. By working together and taking a holistic approach, we can create a more sustainable and healthy future for ourselves and the planet. Find out more about Building Bridges Week Want to sponsor the Global Roundtable 2022? COX: That protocol, right? The 2022 edition will open with a high-level Summit, exploring finance for nature and climate change, innovation in sovereign debt management, as well as agriculture and land use. Fact check: Thunberg has not mentioned anything on her social media about an upcoming conference. Change a light Replacing one regular light bulb with a compact fluorescent light bulb will save 150 pounds of carbon dioxide a year. And I think the important thing about this report is not only did it put it in place where the money is - and money talks for folks - but it also reinforced the fact that this is coming sooner rather than later. Genesius Times is a self-described "fake news" outlet. Even if effective action is taken, climate change is already here, and is having a terrible impact on vulnerable people, warned Mr. I just asked you a question… Mr.

Joining us today from our New York bureau is Michael Meyers, executive director of the New York Civil Rights Coalition. LOURY: Hundreds of thousands of people are dead. And unfortunately, I think that part of the struggle that these schools have is that they're - it's just like everything else in our society. Boehner's comments and say that his statements show that the GOP should be voted out of power. Soundbite of laughter COX: Well, look in your pocket. LOURY: Well, I think the basic issue here is the identity needs of the African-American middle class. LOURY: What about Brandeis and what about Catholic institutions, Michael? LOURY: What he's saying is that there is need for the reform of the military bureaucracy.

She has been reacting to Mr. COX: Let me ask you, Mike Meyers - I'm assuming after you heard the president that your position has not changed. MEYERS: Well, my position is that I should've been on with President Tatum, because a lot of what she said was nonsense and racial idiocy and needed to be answered. I mean, no, we're not going to deal with it because we're not going to deal with anything. COX: Glenn, you work in the academy, as I do. African-American does not get the same bonus points that white does. I don't now how these people sleep at night.

MEYERS: I ain't got 7 trillion. LOURY: But the point here, the question is responsibility and accountability. Soundbite of laughter COX: And Laura Washington, Chicago Sun-Times columnist, is at member station WLRN in Miami, Florida. There can be no doubt about that. We're going to move on, and we're going to come back and visit at another time, because we want to talk a little bit about what's going on at the Pentagon. 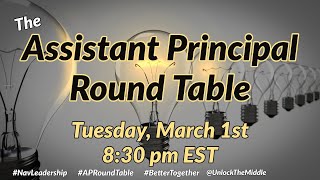 Look in your other pocket. Carney declared that, to achieve the Paris climate goals, the whole economy needs to transition, including the financial sector, and every financial sector must take climate into account. Looks like this is a topic we're going to have to set aside for a Roundtable when we can go more into it. The United States has to learn how to cooperate with other nations, notwithstanding the fact that we are the sole superpower. And in this case, he's taking an opposite position of Bush. 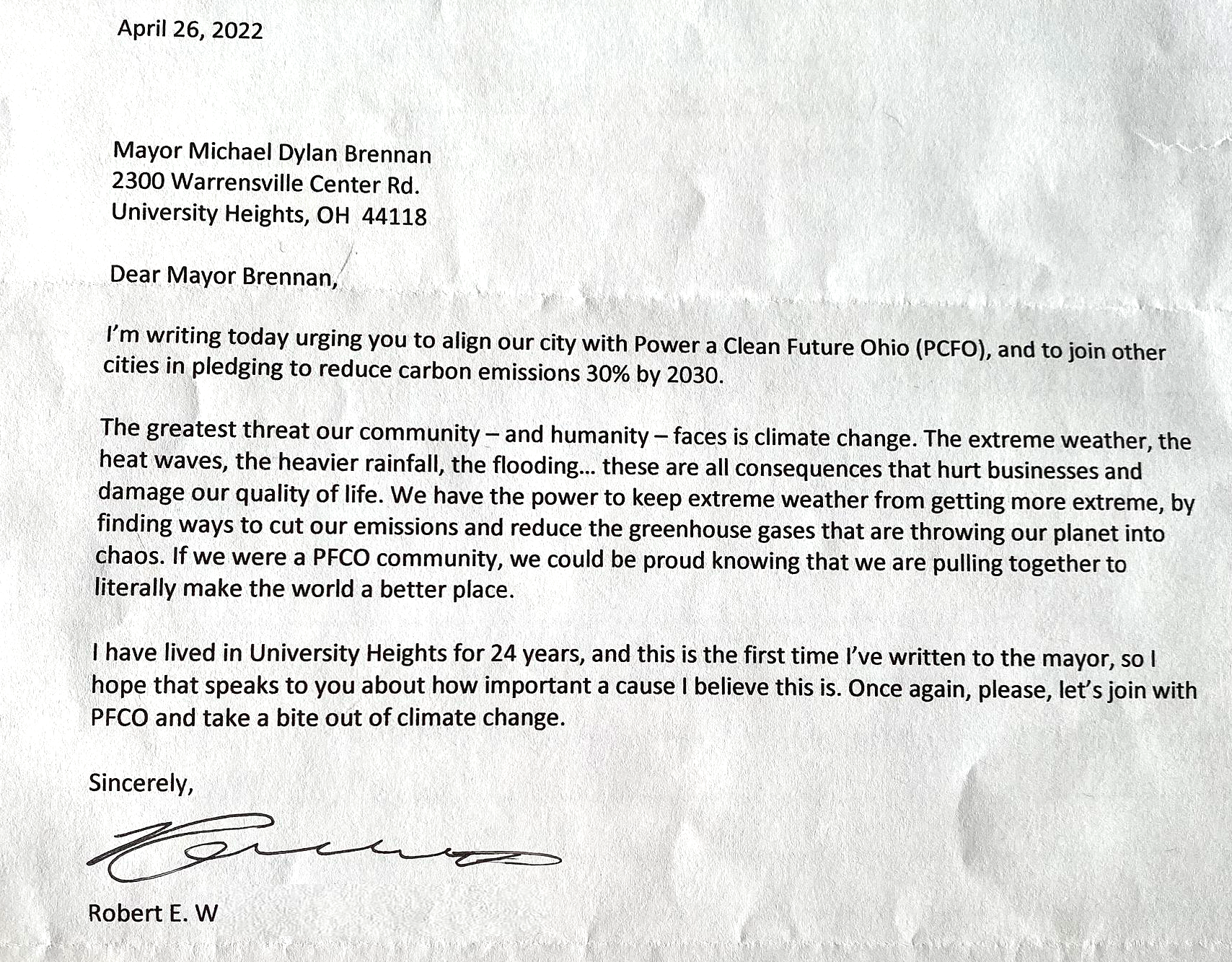 I didn't - so I do believe in the science of global warming as opposed to those who don't, but, you know, I think we have to take out the pollution of our environment very, very seriously. Bush has been very laid back on this issue. Now, excuse me for talking while you're interrupting. Every gallon of gasoline saved keeps 20 pounds of carbon dioxide out of the atmosphere. I went to a traditional, you know, white university. Adjust your thermostat Moving your thermostat down just 2 degrees in winter and up 2 degrees in summer could save about 2,000 pounds of carbon dioxide a year. They got to the back of the bus, they got to the back of the class, they got to sit at separate tables in the college cafeterias, they got to live in black dormitories.

Disclosure, he continued, is essential, adding that it is unacceptable for companies not to disclose the impact of their decisions on the climate. Kattsov declared that science is a powerful tool in climate adaptation. LAURA WASHINGTON Columnist, Chicago Sun-Times : Same to you, Tony. This is a race… Prof. No, I mean, it's not a campaign against Rumsfeld as such.

WASHINGTON: …the truth about global warming, but it's an important political symbol in that, you know, Tony Blair's been perceived as George Bush's poodle for the last, you know, last administration. The EU is making this mandatory, and banks are moving in the right direction. Now Democrats disagree - surprise, surprise - with Mr. Do you think that the world can fight global warming successfully without U. And I think that's interesting, I mean, Schwarzenegger has made a very interesting move. I mean, this is the stem cell research issue of the future when you look behind it, because these guys responding to industry pressures have raise doubts about something that the scientific community is very certain about. 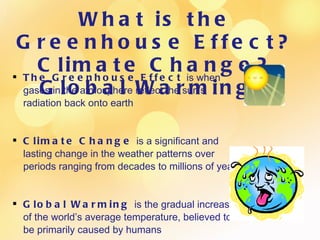 LOURY: But you know, in a way, it's the same issue. Tuesday's topics: Higher education at historically black college and universities, British Prime Minister Tony Blair's fight against global warming, and U. Thunberg is not participating in any upcoming climate conferences, canceled or otherwise. Bush has already said he has strong identification with and support for Rumsfeld. And I, as she, did not go to this type of school. WASHINGTON: Michael, are you saying that Iraq is not the, or one of the primary issues that the electorates - in this election? This commitment guides our mission: to protect and manage assets and savings, finance projects, protect clients in their both their day-to-day lives and in their professional activities, ensure secure transactions and offer the best technological solutions. And it's kind of interesting, and I'd like to get your take on it.